Jennifer Lawrence Net Worth 2018 – How Rich is J-Law Now? 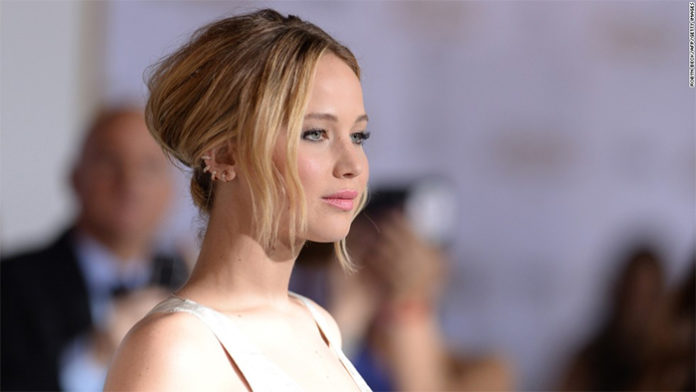 One of the highest-paid actresses worldwide, Jennifer Lawrence first garnered widespread recognition for her portrayal in the independent drama film, Winter’s Bone (2010). Since then, her popularity has only continued to skyrocket after starring in The Hunger Game movie series, and in the romance film, Silver Linings Playbook (2012). Born and raised in Kentucky, she initially made the decision to pursue acting after being spotted by a talent scout in New York. She eventually made her debut in the television film, Company Town (2006). From there, the blonde has gradually made an identity for herself in the show biz industry.

Looking back, Jennifer has come a long way since her official acting debut back in 2006- nowadays, it’s estimated that her net worth is in the tens of millions. How did she make all of her money? Let’s take a closer look.

How did Jennifer Lawrence Make Her Money and Wealth? 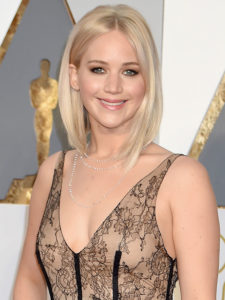 Born on August 15, 1990, Jennifer Lawrence is the youngest out of three children- she has two older brothers named Blaine and Ben. Growing up, she often found herself experiencing social anxiety- something that led her not to enjoy her early childhood. At the age of nine, she took on an acting role for the first time in a church play; little did she know at the time that she would one day become a world-class actress.

When she was fourteen years old, Lawrence was scouted by a talent agent while walking the streets of New York during a family vacation. From there, her first acting role came in 2006 when she was cast as a minor character in the TV film, Company Town. Striving to make a name for herself in the show business, she continued to appear in various television series and movies over the next year including Cold Case (2007), Medium (2007), and Not Another High School Show (2007).

Finally in 2008, the blonde received a small break after being made a series regular in the sitcom, The Bill Engvall Show. Her first major role on television, her portrayal in the series later netted her a Young Artist Award in 2009 for “Outstanding Young performer in a TV Series”. Although the show ended prematurely in 2009, it ultimately opened the door for Lawrence for greater acting opportunities over the next few years.

In 2010, her performance in the independent film, Winter’s Bone also garnered critical acclaim. Portraying the role of a determined teenager, the movie netted her several industry accolades including an Oscar Award nomination and a Golden Globe Award nomination for “Best Performance by an Actress in a Leading Role” and “Best Performance by an Actress in a Drama Motion Picture” respectively. Despite being a low budget film, it ultimately grossed $16.1 million- over right times that of its $2 million budget.

A year later, she was met with another breakthrough with the sci-fi action film, X-Men First Class (2011). Playing the role of a shape-shifting antagonist named Mystique, her portrayal earned high praises from critics worldwide. The first high profile film that she had taken a part of, the movie ended up being a huge box office success, having earned over $353 million. For her involvement, she would have of course received a hefty sum.

Having said all of that, it wasn’t until 2012 that Lawrence broke into the realm of superstardom with her role as Katniss in the popular movie, The Hunger Games (2012). A massive success, it earned over $211 million over its opening weekend in North America alone. Altogether by the time the film closed, it had grossed more than $694.4 million. Nominated for a Golden Globe, the adventure thriller also earned Lawrence a series of accolades including a Saturn Award and two MTV Movie Awards. How much did the actress earn as the film’s lead character? Approximately $500,000.

The next year, she reprised her role as Katniss in the second instalment, The Hunger Games: Catching Fire (2013). An even greater success, it ultimately broke the records set by the previous film, having grossed a total of $865 million by the time the movie closed; over its opening weekend, it also took in a stunning $158 million. Nominated for a Golden Globe, the motion picture only further increased Lawrence’s rising fame. Combining what she made from appearing in the film, with various associated bonuses, its estimated that she earned $10,000,000 in 2013.

Once again reprising her role as the film’s lead protagonist, she starred in the subsequent sequel, The Hunger Games: Mockingjay – Part 1 (2014). Upon its release that November, it grossed $273 million worldwide during its opening. In North America, the film earned more than $121 million over its opening weekend. Although it failed to surpass the records set by its predecessor, it still managed to gross an impressing $755.5 million worldwide by the end of its theatrical run.

Finally, she starred in the film series’ last instalment, The Hunger Games: Mockingjay – Part 2 in the fall of 2015. Critically acclaimed by both fans and critics, it took in over $102.7 million in ticket sales during its opening weekend in North America. Altogether, the movie had a worldwide gross of $653.4 million. Despite being a commercial success, it ended up being the lowest-grossing out of the franchise’s four films. Nevertheless, it garnered multiple awards and earned Lawrence a sizeable chunk of change.

Continuing to work hard at her career following the end of The Hunger Games, Lawrence subsequently reprised her role as Mystique in the superhero film, X-Men: Apocalypse (2016). Despite having received mediocre reviews, it grossed approximately $65,000,000 over its opening weekend upon being released. A commercial hit at the box office, it eventually took in a total of $543.9 million in ticket sales. For her portrayal of the antagonist, she Lawrence also received a People’s Choice Award for Favourite Movie Actress. Of course, it goes without saying that the movie would have contributed a large amount to her 2016 income.

Considering all that’s been said, it’s fair to say that most of the actress’ wealth came from her successful film career- in particular, The Hunger Games franchise. Still, it’s no secret that she’s also earned a pretty penny through various company endorsements. For instance in 2014, Lawrence signed a $15-20 million deal with the French luxury brand, Dior.

Most recently, she also co-starred in the romance drama film, Passengers (2016), opposite of Chris Pratt. Released in December of 2016, it grossed $15 million in ticket sales during its opening weekend; by the time it came off the screens, it had earned $299.4 million worldwide. Met with high praise, the film later received two Oscar Award nominations in 2017. For her role in the movie, Lawrence was reportedly paid a whopping $20 million- an amount even higher than that of her co-star.

As of March 2017, the actress’ films have banked more than $5.5 billion across the globe.

No, Jennifer Lawrence is not married. Currently, she is dating American film director, Darren Aronofsky; their relationship was first revealed in 2016. Allegedly, the two had gotten together after working together on a new movie, which isn’t surprising considering Aronsofsky’s line of work.

Does Jennifer Lawrence Have Any Children?

No, Jennifer Lawrence does not have any children.

Where Did Jennifer Lawrence Go to College?

No, Jennifer Lawrence did not go to college. After graduating from Kammerer Middle School, she was homeschooled due to her intensive work schedule; nevertheless, she ended up completing her high school studies two years early.

From there, she’s been busy with her flourishing acting career- the actress simply has not had time to enrol in college! 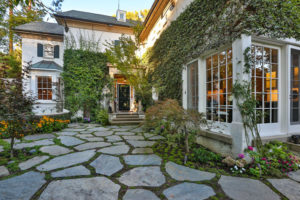 Jennifer Lawrence currently resides in her Los Angeles home, which she had reportedly purchased for $8 million. Located in an exclusive gated community of Beverly Hills, the 5,500 square foot home previously housed Ellen Degeneres and Jessica Simpsons. Featuring five bedrooms and five and a half bathrooms, it has several quality details including ebonised hardwood floors, and fabulous base mouldings throughout the home.

Outside in the back, its gardens also feature beautiful plant life, a swimming pool, a koi pond, as well as a stone courtyard.

What Kind of Car Does Jennifer Lawrence Drive?

The high-paid actress currently has two vehicles. She has a two-door converticle- a white Volkswagen Eos, as well as a hybrid- more specifically, a black Chevy Volt.

How Much Did Jennifer Lawrence Earn Last Year?

According to various sources, Jennifer Lawrence earned approximately $46 million in 2016- $20 million of which came from her role in the sci-fi film, Passengers (2016).

Jennifer Lawrence as a Philanthropist

Jennifer Lawrence is surely the epitome of a philanthropist. Last February, she donated a whopping $2 million to the Kosair Children’s Hospital in her hometown of Louisville, Kentucky. According to reports, the money will go toward the building of a Jennifer Lawrence Foundation Cardiac Intensive Care Unit.

That same year, the Academy Award-winning actress also made a charitable donation of $188,000 to a Louisville arts program.

Most noteworthy of all, she is also the founder of The Jennifer Lawrence Foundation- an organization that strives to make a positive impact on the lives of artists, and young people.

One of the highest-earning actresses in the world, Jennifer Lawrence has received close to 200 award nominations throughout her career. In 2016, her Hunger Games character Katniss Everdeen was also recognized by the Guinness World Records as being the highest-grossing heroine of all time.

As far as upcoming projects go, it’s been announced that Jennifer Lawrence will be starring in two films this year- Mother! (2017), and Red Sparrow (2017). The first mystery thriller will be released on October 13, 2017, while the second will come out on November 10, 2017.

Aside from those two motion pictures, the actress will also be taking part in the films Zelda, It’s What I Do, and Bad Blood– although filming for the three titles have not yet begun. It is currently unknown as to when they will be released in theaters.