David Letterman Net Worth 2018 – How Rich Is the Late Night Star? 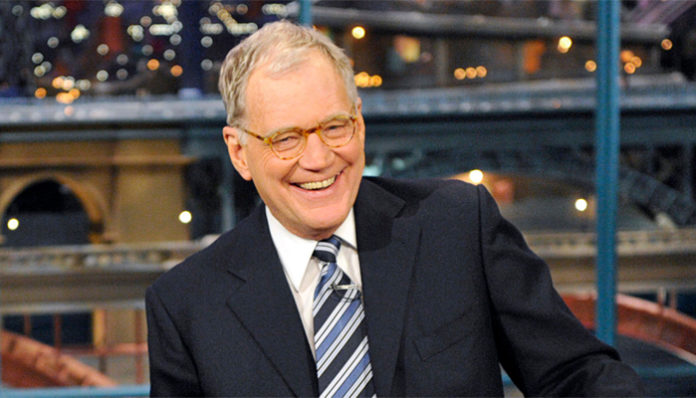 David Letterman is one of the most well known television hosts in America. Best recognized for his talk show, he has entertained audience members for more than 30 years. Born in Indiana, he worked as a radio host after graduating from Ball State University. Continuing to accumulate experience over the next years, Letterman went on to work as a news anchor and even as a weatherman in the 70’s. In 1978, he received a big break after appearing on The Tonight Show with Johnny Carson. While the show was ultimately short-lived, his appearance in the series had convinced NBC enough to give Letterman his own talk show in 1982.

Before long, Letterman was a household name; everyone knew of his hour-long comedy talk show. Since then, his popularity and fame has only continued to soar sky high. Now one of the richest television hosts in America, his net worth is estimated to be well in the hundreds of millions.

Let’s take a closer look at how he earned his fortune.

How did David Letterman Make His Money and Wealth? 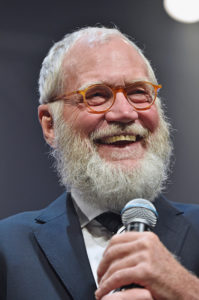 Born on April 12, 1947, David Letterman (Birth name: David Michael Letterman) grew up in and around the Broad Ripple area- just toward the north of Indianapolis. As a young boy, he had always admired his father’s abilities to entertain crowds with jokes; this undoubtedly played a large part in his decision to pursue comedy in the later years. After graduating from college, he started to work as a radio announcer on WBST- a campus station.

From there, he worked for WNTS and WLWI prior to switching to work as a weatherman and as a news anchor. During this time, he garnered some attention for his unpredictable behavior on air; however, this was still only the beginning of his career.

After several years of working in radio, Letterman decided to pursue a career as a comedy writer, with encouragement from his family and friends. Relocating to Los Angeles, he soon started to perform at The Comedy Store, a comedy club located in West Hollywood. Gradually gaining recognition, he was a regular on The Starland Vocal Band Show by the summer of 1977. The following year, he received a big break after appearing on Johnny Carson’s The Tonight Show with Johnny Carson.

Shortly afterward, he was given his own morning comedy show titled The David Letterman Show. Premiered in the summer of 1980, it proved to be a huge success, having won two Emmy Awards during its run. Despite this, the show was later shortened from 90 minutes to 60 minutes in August of that year. While it had undoubtedly had a sizable fan base, its subsequent dip in ratings led it to be cancelled in October of 1980. By the time it had ended, the talk show had ran for 90 episodes. While it was a short lived stint, it marked the turning point of his career; not only that, but it had reportedly earned Letterman a little over $1 million.

While his first endeavor was ultimately cancelled, his performance on the show had successfully convinced NBC of his talent. Two years later, the network decided to try him under a different time slot- this time late in the night; thus, Late Night with David Letterman was born. Significantly more successful, the late show hour proved to be more well suited to the comedian’s quirky and brash humor. Hugely popular, the show ended up winning five Prime time Emmy Awards during its nine-year run. According to sources, Letterman had a salary of $7,000,000 for hosting the talk show; this easily made him into a multi-millionaire.

Nine years after his breakthrough with the talk show, he left NBC to host his own CBS late night show. Premiered in August of 1993, the network had allegedly spent $8 million in renovations for the Ed Sullivan Theater prior to Letterman’s arrival. Even more successful than his initial endeavor, it ranked number two in terms of cumulative average viewers over time. The longest-running night show as of 2013, it only garnered him further acclaim as a television host. After 22 seasons,  his show ended in the summer of 2015, shortly after his retirement announcement.

How much did the show yield the comedic host? Let’s take a look at some numbers- it is estimated that Letterman was offered $31.5 million in 1993 alone for the talk show. From 1993, until its end in 2015, he had an approximate salary of $35-40 million. If we were to add it all up, that would accumulate to ~$800 million. From this, it can be easily seen that most of his fortune came from the success of his late night show.

Having said all of that, hosting the show wasn’t the only thing that he did over the years. While it has undoubtedly been his focus, he has also guest appeared in several television series such as The Nanny (1995), The Larry Sanders Show (1995), Spin City (1997), and The Simpsons (2012). Additionally, Letterman has appeared in the films Cabin Boy (1994), Eddie (1996), Private Parts (1997), Man on the Moon (1999), and I’m Still Here (2010). Considering his status in the show business, there’s no doubt that he would have been paid handsomely for said cameo appearances.

Aside from the small screen, the host has also appeared in a number of motion pictures throughout the years such as Eddie (1996), Private Parts (1997), Man on the Moon (1999), and I’m Still Here (2010). Most recently, he also made a cameo as himself in the biographical drama film, Sully (2016), which grossed well over $238.5 million worldwide at the box office.

In addition to that, Letterman has also done a considerable amount of work as a producer through his own production company, Worldwide Pants Incorporated. Since they first produced David Letterman’s 2nd Annual Holiday Film Festival in 1986, they have also produced the television series The Building (1993), The High Life (1996), The Bonnie Hunt Show (1995), The Late Late Show with Craig Kilborn (1999), Ed (2000), and Everybody Loves Raymond (2005), to name a few. Of course, his income from said projects would have been much less than the fortune that he earned from his talk show; nonetheless, it would have supplemented his overall salary.

In April of 2010, it was also announced that the award-winning television host had launched his own record label called Clear Entertainment/C.E. Music. The company later signed their first artist, the pop rock band Runner Runner. Since then, they’ve also signed with Lucy Wash as it was announced on her MySpace page.

As well, Letterman is a co-owner of the auto racing team, Rahal Letterman Lanigan Racing (RLLR). One of the teams present at the United Sports Car Championships, it is also co-owned by Mike Lanigan, and Bobby Rahal. In 2004, the team won the Indianapolis 500 Competition with Buddy Rice as the driver.

David Letterman has been married to Regina Lasko since 2009. His major support behind the scenes, the pair have been together for well over two decades. According to various sources, the two had started to date in February of 1986.

Prior to his current marriage, the television host was married to his high school sweetheart, Michelle Cook from 1968 until 1977. In the 80’s, he was also engaged to Merrill Markoe for three years, although they ultimately broke up.

Does David Letterman Have Any Children?

Yes, David Letterman has a son named Harry Joseph Letterman (b. 2003) with his wife.

Where Did David Letterman go to College?

Following his high school graduation, his original intention was to go to Indiana University. Due to poor grades however, he was unable to gain entrance. Letterman subsequently went to Ball State University in Muncie, Indiana, where he was a member of the Radio and Television Department. He graduated with a bachelor’s of art in 1969. 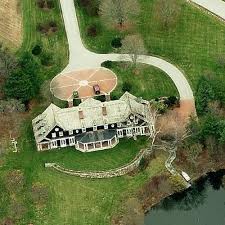 Like many celebrities, David Letterman owns several different properties, one of which includes his Deep Creek Ranch. Located 35 miles west of Choteau, the 3,276 home sits on 2700 acre of land and includes three bathrooms, three bedrooms.

But that’s nothing in comparison to his mansion in North Salem, New York. Purchased for $5 million in 1999, the 8,000 square ft estate sits on 88 acres and boasts seven bedrooms and seven bathrooms. Over the years, Letterman has also managed to purchase the surrounding land, which he has successfully transformed into a private oasis.

What Kind of Car Does David Letterman Drive?

David Letterman has an impressive collection of vehicles- twenty eight cars and two motorcycles to be exact. They are reportedly stored at a warehouse close to the Danbury Municipal Airport. According to sources, his collection includes ten Ferraris, eight Porsches, two Honda motorcycles, four Austin Healeys, a Merdes-Benz, a Pontiac, a Volvo, and a Jaguar, among others.

David Letterman as a Philanthropist

As a philanthropist, Letterman mostly operates through the LFCG.

Founded in 1993, The Letterman Foundation for Courtesy and Grooming is a private foundation with several interests that offers grants to numerous organizations in the United States. To date, millions have gone out the door to schools, associations, universities, and various celebrity-affiliated organizations such as the Michael J. Fox Foundation and the Larry King Foundation.

Hailed as one of the greatest TV stars of all time by TV Guide, Letterman has accumulated countless awards throughout his time on television. In fact, with 52 nominations, he is the most nominated individual in the history of the Emmy Awards. Some of his accolades include two Daytime Emmy Awards, seven Primetime Emmy Awards, a Peabody Award, among several others.

For his contributions to the state of Indiana, Letterman was honored with the Sagamore of the Wabash Award by Mitch Daniels, the Governor of Indiana in 2007.

In 2011, he was also the first person to receive the Johnny Carson Award for Comedic Excellence.