Rachael Ray Net Worth 2018 – How Rich is The Celebrity Chef? 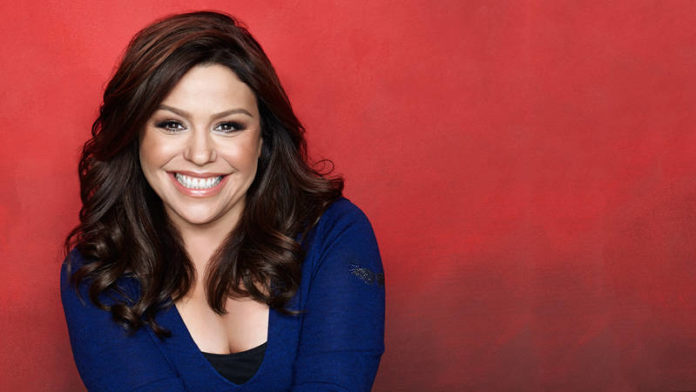 Rachael Ray is arguably one of the most recognizable food television personalities of all time. She in many ways pioneered the medium, using television to help teach families how to make wholesome, healthy meals at home. Although she isn’t actually a professional chef, Ray’s experience in the kitchen has affected the lives of many people. Today, she has something of an empire of magazines, television shows, and food products. How much money has Rachael Ray been able to make through her career in food?

How did Rachael Ray make her money and wealth? 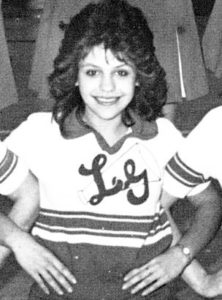 Rachael Ray was born in August of 1968 in Glen Falls, New York to an Italian mother and a mixed European father. Although she was born in Glen Falls, Rachael and her family moved to Lake George at a young age, which is just north of Glen Falls. She grew up with cooking in the family, as her mother was someone who regularly managed restaurants in the Capital District of New York. Inspired to follow in her mother’s footsteps, Rachael Ray moved to New York City. Like anyone who is looking to get started on a given career path, she started out very small, working at a Macy’s. Her first major accomplishment in this business came when she helped to open a market in New York City. With this done, she made the decision to move back to upstate New York, further away from the city.

While living there, she managed Mister Brown’s Pub, a small restaurant that operated out of The Sagamore, which is a hotel on Lake George, her hometown. With that experience under her belt, Rachael Ray was able to become a buyer at Cown & Lobel, which was a gourmet market in Albany. While she worked at this market, she would frequently encounter people who were willing to put in the time and the money to purchase high quality ingredients, but weren’t entirely willing to cook a meal for themselves. As a result, she decided to teach a class at Cown & Lobel where she taught people how to cook high quality meals in just thirty minutes. These classes ended up becoming really popular on a local level, and so she was approached by a local news network and asked to appear on a weekly segment where she did a similar thing. 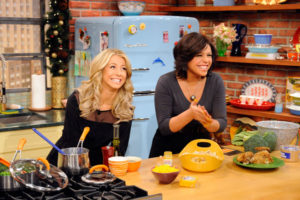 She continued to run with this “shtick” into 1999, when she released her first cookbook, fittingly titled 30 Minute Meals. She followed this up with the release of Rachael Ray’s Open House Cookbook in 2000, and by this time, she had established herself enough in the food world to obtain a television spot on Food Network. She began to host 30 Minutes Meals, which was basically a televised version of what she would do at her classes. The show is almost always recorded in real-time, which separates it from most of the other cooking shows that aired during this time, which would use cuts to skip over cooking time or longer moments of preparation. Rachael rapidly began to become more popular in the food world due to this show, which became very popular. In 2005, she was able to obtain her own talk show, simply titled Rachael Ray.

Rachael Ray went a little beyond her typical 30 Minute Meals content, since it had more to do with lifestyle than just cooking. She would share all kinds of knowledge related to makeup, health, and lifestyle, and she would regularly bring on different guest stars of all kinds to help her cook and to offer their expertise in different fields. Rachael Ray has been airing on CBS since 2007, and it’s still going strong today. Needless to say, Rachael had effectively dominated the television world by the time period. She was also regularly releasing cookbooks, like Cooking Rocks!: Rachael Ray 30-Minute Meals for Kids and $40 a Day: Best Eats in Town in 2004, and 30-Minute Meals 2 in 2003. As a popular television figure in cooking and in lifestyle, it isn’t much of a surprise that Rachael was eventually able to acquire a lot of different product endorsements. 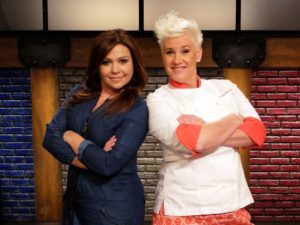 Starting in 2007, Rachael became a celebrity endorser of Dunkin’ Donuts coffee, and in 2006 she had become a spokesperson for Nabisco brand crackers. Although 30 Minute Meals ended in 2012, she was still a regular personality on Food Network, which has since become a much more expansive and popular channel. She has appeared as a host or as a judge on countless cooking shows, including The Chew, Worst Cooks in America, Beat Bobby Flay, Food Network Star, Rachael Ray’s Kids Cook-Off, The Best Thing I Ever Ate, Rachael Ray’s Tasty Travels, Cake Boss, Cupcake Wars, Iron Chef America: The Series, and a lot more. Although she began at a really small, local, personal level, I think that it’s safe to say that Rachael Ray has since become one of the most defining personalities in all of cooking television.

Rachael Ray has been married to John Cusimano since 2005. He’s not much of a chef, but he’s probably best known for being a member of the independent rock band The Cringe. He’s also a lawyer.

Rachael Ray doesn’t have 30-Minute Meals anymore, but as I’ve mentioned before, she still has plenty of ways that she is currently making money. It has been estimated that this television star and modest entrepreneur makes about $10 million per year.

How much does Rachael Ray make per day?

If you use that estimated salary as a starting point, then you can just use some basic math to calculate Rachael Ray’s daily income. In a year consisting of 365 days, Rachael Ray makes about $27,400 per day. That definitely isn’t bad coming from someone whose career began behind the counter of a Macy’s!

Rachael has created a whole reputation around helping people make affordable and healthy meals, so it shouldn’t come as a surprise that she has dedicated so much of her time and resources towards helping other. She has her own non-profit organization Yum-o! which is dedicated to teaching families how to cook and feeding hungry children. Over the years, she has also supported charitable organizations like ASPCA, the American Stroke Assocation, Keep A Child Alive, the Food Bank for New York City, Feeding America, and The Lunchbox Fund, among many others.

Rachael Ray has managed to do a lot in her career in television, earning accolades and honors in a pretty wide variety of field. In 2006, she won a Daytime Emmy Award for Best Outstanding Service Show for 30 Minute Meals. In 2008 and 2009, she won back to back Daytime Emmy Awards for Best Outstanding Talk Show for Rachael Ray. In 2006, Time Magazine named her one of the world’s 100 most influential people. Finally, in 2011, she won a People’s Choice Award for Favorite TV Chef.