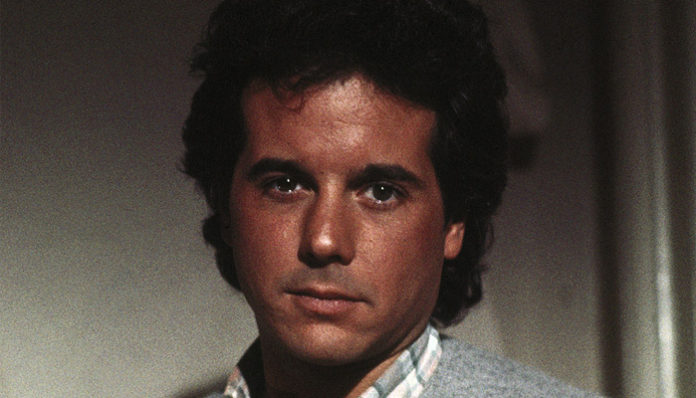 Desi Arnaz Jr. is probably best known for being the son of renowned actors Lucille Ball and Desi Arnaz. As it happened, his birth was written into the plot of I Love Lucy, a sitcom that both of his parents were starring in at the time. Holding a keen interest in music, he joined the 60’s singing group Dino, Desi & Billy as a young teen; the crew eventually produced two hit songs, Not the Lovin’ Kind and I’m a Fool. At the age of nine, he made his television debut in The Lucy Show, alongside his mother and father.

Since then, he has taken on well over 39 acting roles, having enjoyed a successful career in the show biz. Would it be surprising to know that his fortune is in the tens of millions?

Let’s take a look at his career to see where his wealth came from.

How did Desi Arnaz Jr. Make His Money and Wealth? 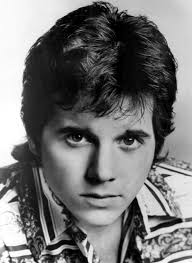 Born on January 19, 1953 in Los Angeles, California, Desi Arnaz Jr. is the son of television stars, Desi Arnaz and Lucille Ball- both of whom were famous for their roles in I Love Lucy. In fact, his birth was daringly written into the plot at the time of his mother’s pregnancy. At one point, he even held the title of being “Lucy’s $50 million baby”, which was telling of his mother’s popularity.

Much like his parents, Arnaz Jr. found himself gravitating toward the arts as a child. By the time he was twelve years old, he joined a music group called Dino, Desi & Billy with two other boys his age, for which he played the drums. Performing together throughout the mid to late 60’s, the band eventually released two hit songs entitled, Not the Lovin’ Kind and I’m a Fool within a couple of years.

Some of Dino, Desi & Billy’s singles from the peak of their popularity include Please Don’t Fight It, Tie Me Down, Look Out Girls (Here We Come), I Hope She’s There Tonight), If You’re Thinkin’ What I’m Thinking, and Tell Someone You Love Them. All of the above records would have yielded the group, who was only in their teens at the time, a decent amount of income.

In 1963, the Los Angeles-native made his official acting debut in The Lucy Show– the same sitcom that his parents starred in. One of the most popular television series at the time, it constantly garnered high reviews during its broadcast. Originally introduced in season one, Arnaz Jr. went on to appear in a handful of series from 1963 until 1965. Although the gig would have earned him some income at the time, it would have been nothing compared to his parents’ salary from the show. Still, it marked his entry into the show business.

From there, Arnaz Jr. eventually landed a supporting role in his parent’s subsequent sitcom, Here’s Lucy. Playing alongside his sister, the two portrayed the children of the show’s title character, Lucy (played by their mother). Altogether, he appeared in 60 episodes from 1968 until 1972. According to various online sources, he was allegedly paid upward of $25,000 per season during his time on the series (approximately $160,000 in 2017 dollars). All in all, it’s said that Arnaz Jr. had yielded $63,2000 from the sitcom- which works out to be about $404,000 in current dollars.

With the help of his parents, the young actor had garnered a considerable amount of attention by the early 70’s. Continuing to land various roles, he went on to appear in the TV films, Voyage of the Yes (1973), She Lives! (1973), and Having Babies (1976). Aside from television, he also started to get involve in film, having taken on a few roles in the titles Red Sky at Morning (1971), Marco (1973), and Billy Two Hats (1974), the first of which later earned him a Golden Globe Award for Most Promising Male Newcomer. 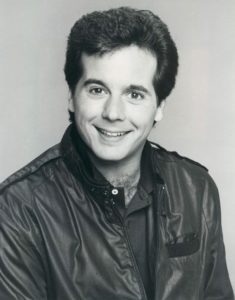 Despite his relative success as an actor however, he hasn’t appeared on the screen since 1992- that’s well over two decades ago! Has he already earned enough from the show biz? Considering his acting career that we’ve outlined above, it’s probably fair to say that most of his income at this point were banked from his time in Here’s Lucy and The Lucy Show– seeing as how his subsequent roles were relatively minor in comparison.

Aside from acting, Arnaz Jr. also served as an executive producer in the special TV documentary, I Love Lucy’s 50th Anniversary Special in 2001.

As well, he has appeared in many reality TV series including Saturday Night Live, The Mike Douglas Show, Password Plus, I Love Liberty, Breakaway, One on One with John Tesh, and TV Road Trip, to name a few. Some of his last television works include the video documentaries Here’s Lucy: On Location (2009), Here’s Harry: Remembering Gale Gordon (2011), Here’s Lucy Spotlight: Desi Arnaz Jr. (2012), House of the Long Shadows…Revisited (2012), and Calling Automan: The Auro Feature (2012).

Apart from his career in television and Hollywood, he has also stayed close to his musician roots. From 1998 until 2010, Arnaz Jr. started to tour with a reformed version of his previous band, Dino, Desi & Billy, which was renamed as Ricci, Desi, & Billy. Not only did they record and perform brand new material, but they also covered some of the band’s original titles. In the fall of 1999, they released their first live album (and first album together since the 60’s), Ricci, Desi & Billy: Live from Vegas! which featured their last performance at the MGM Grand Hotel in Las Vegas.

At one point, the Los Angeles-native even headlined the concert show, Babalau: A Celebration of the Music of Desi Arnaz and his Orchestra alongside Valerie Pettiford, Lucie Arnaz and Raul Esparza. More recently in 2015, he performed his music at the Library of Congress’ Coolidge Auditorium.

Not only is he a talented actor and musician, but Arnaz Jr. is in fact, also the owner of a local theater called Boulder Theater which is based in Nevada- this business venture speaks volumes about his love and passion for drama and acting. Originally built in 1983, the former movie theater was later converted to a live theater where the Boulder City Ballet Company (a non-profit directed by Arnaz. Jr and his wife) currently performs. It goes without saying that revenue from the theater contributes to his annual income.

Throughout the past years, he has helped to produce countless shows including An Evening with Linda Purl, The Legacy of Laughter, Torme’ Sings Torme, A Tribute to Dean Martin, and The Nutcracker, to name a few.

Desi Arnaz Jr. was married to Amy Laura Bargiel for 28 years, until her death; she passed away on January 23, 2015 after a long battle with cancer. His second marriage, the two had tied the knot on October 8, 1987.

When he was seventeen, headlines were made after he started to date actress Patty Duke. Unfortunately, many people disapproved of their relationship, including Arnaz Jr.’s mother. From there, record producer Michael Tell eventually stepped in and offered to marry Duke as a way of getting her out of the scandal. However things only got even more complicated after it was discovered that Duke was pregnant; she later told her son that Arnaz Jr. was his biological father. Although it has since been proven that Tell is the biological father, the two remain close.

Previously in 1980, the actor was also married to actress Linda purl; they divorced in 1981.

Does Desi Arnaz Jr. Have Any Children?

He has two children. With Amy Bargiel, the actor has a daughter named Haley Amaz. In addition, he also has another daughter named Julia whose mother has never been revealed.

No, Desi Arnaz Jr. did not go to college- most of his youth was spent appearing in various television series.

Currently, the actor resides in his Nevada home in Boulder City, not too far from his Boulder Theater.

Previously, Desi Arnaz Jr. lived in a Beverly Hills home built in the mid-century 1950’s. According to sources, it boasted a beautiful view of the ocean and even a long zen Jacuzzi.

What Kind of Car Does Desi Arnaz Jr. Drive?

It is currently unknown as to what kind of vehicle he drives.

In 1997, Desi Arnaz Jr. and his wife founded a non-profit organization called the Boulder City Ballet Company to help enrich the lives of children in  Boulder City. Supported by numerous donations from clubs, businesses and individuals, they help to provide dance time for those who are unable to afford lessons on their own.

Every year, the BCBC also offers one of their upper-level students- one who has the potential of becoming a professional dancer a full scholarship.

How Much did Desi Arnaz Jr. Earn Last Year?

Desi Arnaz Jr.’s earnings for 2016 have never been disclosed, however most of his income would have come from his work with his theater- seeing as how he hasn’t acted since 1992.

Looking back at his acting career, he had accomplished a lot- it’s not everyday that a teen earns tens of thousands of dollars from starring in a television sitcom.

Let’s not forget that he also earned a prestigious Golden Globe Award in 1972 at the age of nineteen. In 2002, he was also nominated for a Prime time Emmy for his work in the I Love Lucy 50th Anniversary Special, one that he shared with his fellow producers.