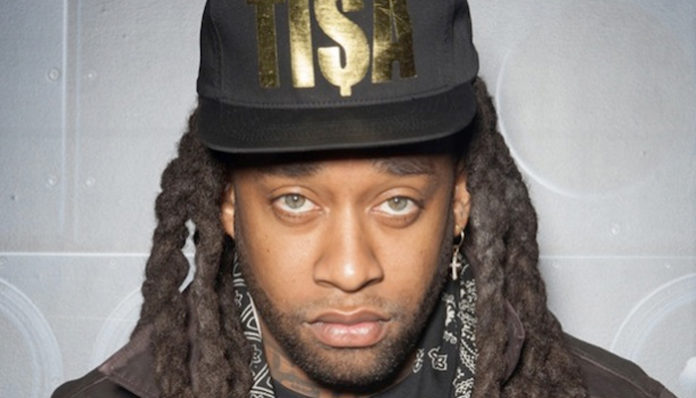 Tyrone William Griffin Jr.- better known as Ty Dolla Sign first earned widespread attention after being featured in YG’s 2010 single, Toot It and Boot It. The son of a musician, the Los Angeles-native took up the bass guitar at a young age; he eventually also learned how to play the keyboards, drums, and guitars. Despite his fondness for music, Ty Dolla Sign was also involved with a local street gang known as The Bloods. Thankfully however, his love for music was ultimately greater than his urge to cause trouble.

After collaborating with his partner Kory, he went on to work with fellow rapper, YG. In 2010, Ty Dolla Sign sang and co-produced his hit single, Toot It and Boot It which went on to kick start his career. The following year, he dropped his first solo song, All Star.

Since then, he has carved a successful identity for himself in the music industry- it’s said that his work has brought his net worth well over the $1 million mark within the past few years.

How did he earn his fortune? Let’s look at his music career a little closer.

How did Ty Dolla Sign Make His Money and Wealth? 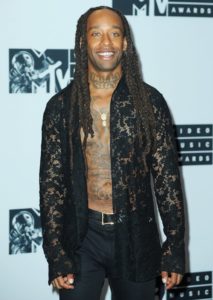 Born on April 13, 1985 in Los Angeles, California, Ty Dolla Sign (Birth Name: Tyrone William Griffin Jr.) grew up in the southern part of the city with his parents. The son of Tyrone Griffin, a member of the funk band Lakeside, he developed an interest for music early, having learned how to play the bass guitar at a young age. Ty Dolla Sign has ultimately credited his father’s work for inciting his interest and love for music.

However like many youngsters, Ty Dolla Sign eventually became associated with a local street gang known as The Bloods in Southern Los Angeles; his brother was also a part of a group called The Crips. Fortunately, his passion for music ultimately won over in the end.

Teaming up with his friend Kory, the two landed a recording deal with Buddah Brown Entertainment and Venus Brown in 2007. From there, they collaborated with a few artists such as Black Milk, and Sa-Ra Creative Partners. Despite this, the pair soon had a falling out, which led them to go their separate ways.

Shortly afterward, the Los Angeles-based rapper started to collaborate with YG. In 2010, Ty Dolla Sign was featured in the song, Toot It and Boot It, which he also helped to write and co-produce. Ultimately, it was this title that launched him into initial fame. With his newfound popularity, he released his debut solo single, All Star in 2011.

Moving forward with his music career, he later forged a recording deal with Atlanta Records in 2012. That fall, Ty Dolla Sign released his first mix tape dubbed Beach House, which was later followed by Beach House 2 in the summer of 2013. According to various sources, these tapes had earned him over $300,000.

That same year, Ty Dolla Sign received a huge break with the release of the hit single, Paranoid. Featuring B.o.B, the title was met with rave reviews, most of which praised it for its production. In the United States, the song peaked at number 29 on the Billboard Hot 100 (after debuting at number 97 initially), number 9 on the Hot R&B and Hip Hop Songs chart and number 6 on the Billboard Rhythmic chart; overseas, it also reached the record charts in Belgium. Within a period of two years, Paranoid had sold more than 1,000,000 copies, making it his first RIAA certified record. Considering its popularity, the single would have easily earned him another few tens of thousands of dollars at the very least.

On January 7, 2014, the hip hop recording artist came out with another hit single entitled, Or Nah. The second song from his debut extended play, it quickly surpassed the success of his previous hit. Accompanied by a music video, it ended up peaking at number 48 on the Billboard Hot 100 and at number 12 on the Top Hip Hop Songs chart; outside of the US, it also reached number 78 on the Canadian Hot 100 and number 48 on the Belgium Urban chart. Since it’s initial release, over 2,000,000 copies of Or Nah have been sold, garnering it double platinum accreditation.

From there, Ty Dolla Signed released the single, Shell Shocked on July 22, 2014 with Wiz Khalifa and Juicy J. Recorded for the Teenage Mutant Ninja Turtles film, it ended up reaching number 84 on the Billboard Hot 100 shortly after its release; eventually, it also settled at number 26 on the US Top Hip Hop Songs chart and at number 17 on the Hot Rap Songs chart. Met with primarily positive reviews, it went on to sell over 500,000 copies in the United States alone.

The following summer, Ty Dolla Signed dropped his next hit single, Blase on June 26, 2015. The second song of his debut studio album, it performed relatively well on the charts, having found its way to number 63 on the Billboard Hot 100, number 20 on the Hot R&B Songs chart and number 24 on the US Rhythmic chart. Blase has since sold over 1,000,000 copies, making it his second Platinum-certified single.

Following through with more releases, he subsequently released the titles Saved (Feat. E-40), and Wavy (Feat. Joe Moses), the first of which charted on the Hot R&B Songs and Billboard Hot 100 charts. Both singles have since received gold certification by the RIAA.

On November 13, 2015, Ty Dolla Sign released his highly anticipated studio album, Free TC. Executively produced by the artist himself, it contained a collection of both R&B and hip hop beats, most of which featured various artists. Upon its release, the album entered the Billboard Top 200 at number 14 with over 22,000 first-week sales; it later went on to peak at number four on the Top R&B and Hip Hop Albums chart. Speaking of chart performance, Free TC also charted in several other countries including France, Canada, Belgium, Australia and the UK. Allegedly, his debut album had yielded him over $280,000 in earnings in 2015.

Since then, his net worth has only continued to increase with the release of his additional songs, Sucker for Pain, Campaign, Zaddy, and No Justice– the first of which have since sold more than 2,000,000 copies. 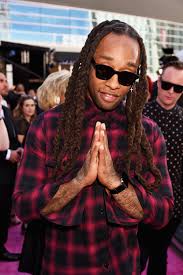 Of course, his income does not come from his record sales along; like many recording artists, he also gives various performances throughout the year which undoubtedly supplement his earnings. For instance, he took part in the Under the Influence of Music 2 concert tour in 2013 alongside fellow rappers A$AP Rocky and Khalifa, among others. In 2014, he also embarked on another tour, Under the Influence 3 with Khalifa.

In the late 2000’s, Ty Dolla Sign co-founded D.R.U.G.S, a production team which he established with a few long-time friends including G Gasso and Chorz 3D.

According to various reports, Ty Dolla Sign has also earned over $100,000 from various endorsement deals and sponsorships.

No, Ty Dolla Sign is not married. However there are rumors about him having started a relationship with American singer Lauren Jauregui in March of 2017. Prior to this, he was allegedly dating Tinache.

Yes, Ty Dolla Sign has a twelve year old daughter named Jailynn Griffin from a previous relationship; the identity of the mother has never been revealed.

According to the rapper, he received his current moniker, “Dolla Sign” from his homie Ace who one day started to call him that every time he saw him. Although he had wanted to shorten it to “Ty $”, he explained that he had to spell it all out for legal purposes.

No, Ty Dolla Sign did not go to college. Although he dropped out of high school, he eventually finishes his studies via home school- from there, he just took off with his music career and has never looked back.

Although not much has ever been revealed about the rapper’s home, it is known that most of his production work is done in house- meaning that it also contains a sizable recording studio.

Unfortunately, we do not have any pictures of his home to share with readers at this time.

What Kind of Car does Ty Dolla Sign Drive?

It has been rumored that he drives a white Ferrari Italia although this has never been confirmed.

Despite his young age, Ty Dollar Sign has sold millions of records throughout his career as a platinum-selling artist. Some of his most popular singles to date include Blase, Or Nah, and Paranoid.

Most recently this year, the same single also earned him an iHeartRadio Music Award for Best Music Video and a Kids’ Choice Awards for Favorite Song

As far as upcoming projects go, Ty Dollar Sign is currently readying the release of his second studio album, Beach House 3 which is slated for release sometime in 2017.

He was also featured in a series of songs including Jason Derulo’s Swalla, Zara Larsson’s So Good, Rick Ross’ I Think She Likes Me, and Ludacris’ Vitamin D, among others.