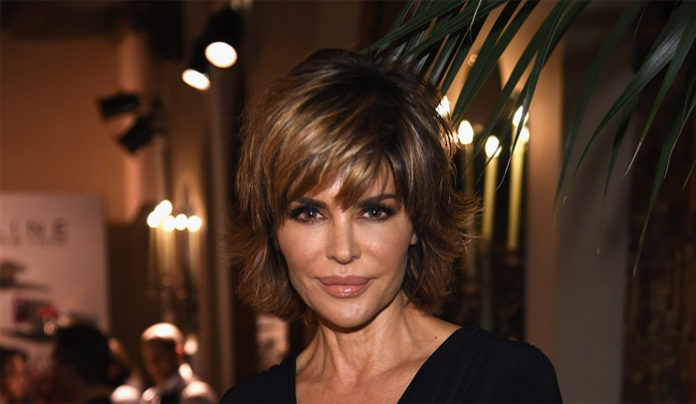 American actress Lisa Rinna first rose to fame as Billie Reed in the NBC soap opera, Days of Our Lives. Raised in the state of Oregon, she started to work as a model after graduating from high school in the early 80’s. Eventually switching gears to acting, she made her big screen debut in the action drama film, Captive Rage (1988). While she waited for her time to shine, Rinna appeared in several TV series Shades of LA (1991), Valerie (1990), and Lies Before Kisses (1991)- albeit in minor roles.

However her streak of playing guest roles soon ended in 1992, after she was cast as a series regular in the daytime soap, Days of Our Lives. The breakthrough that she’d been waiting for, it later went on to define her initial acting career.

Now a successful actress and TV personality, her net worth has jumped to be well in the millions over the past years. To see where her money came from, let’s take a deeper look at her career.

How did Lisa Rinna Make Her Money and Wealth? 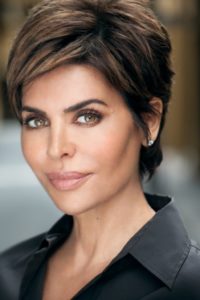 Born on July 11, 1963 in Newport Beach, California, Lisa Rinna spent the majority of her youth in Medford, Oregon, where her family had moved to when she was seven years old. After graduating from high school, she decided to relocate to San Francisco to pursue a modelling career. At the age of twenty two, she made an appearance in English musician John Parr’s music video, Naughty Naughty.

Following several years of modelling work, Rinna started to shift her attention towards acting. Going on to attend a number of auditions, she eventually landed a small role in the drama film, Captive Rage in 1988, which served as both her official acting and movie debut. From there, she appeared on television for the first time- playing a recurring character in the comedy series, Valerie (1990).

Continuing to climb her way up the show biz ladder, Rinna took on several roles in various television shows and low budget films such as Lies Before Kisses (1991), Monday Morning (1990), Shades of LA (1991), and Baywatch (1991). At this point however, her paychecks as a relatively new actress were average at best.

It wasn’t until she was cast in the popular NBC sitcom, Days of Our Lives in 1992 that her popularity blew. Premiered back in 1965, the long-running series had already established a devoted fan base by the time Rinna had joined the cast; the show therefore played a massive role in the launching of her acting career.

Playing the role of Billie Reed, Rinna quickly garnered widespread attention in the United States. Ultimately she remained on the show for three years from 1992 until 1995, prior to returning in 2002, and then again in 2012. For her portrayal of one of the show’s main characters, she received two consecutive Soap Opera Digest Awards in 1994 and 1995 for Outstanding Female Newcomer and Hottest Soap Couple, the latter of which she shared with her co-star, Robert Kelker Kelly.

Undoubtedly by the mid 90’s, her role in Days of Our Lives had earned her a generous amount- one that allowed her to live comfortably while continuing to act as an actress.

Although she took part in several other TV projects such as the movies Winter Heat (1994), Robot Wars (1993), and Vanished (1995) during the airing of the soap opera, her next big break came in 1996, shortly after her initial departure from Days of Our Lives.

In 1996, Rinna joined the cast of the popular Fox soap opera, Melrose Place. Playing the role of Taylor McBride, her character made her first appearance at the beginning of season five. Following her introduction into the series, she remained until the show’s end in 1989. Altogether, the actress had appeared in 66 episodes. To date, it remains to be her second most well remembered portrayal on TV, second to her role as Billie Reed in Days of Our Lives. By the end of the soap in 1998, Rinna had built a relatively solid reputation in the show business.

Before long, Rinna started to get less involved with acting and more involved with reality TV. In 2006, she participated in the second season of the dancing competition series, Dancing with the Stars as one of the main contestants. Paired with professional partner Louis Van Amstel, they ultimately lasted for seven weeks, which put them in fourth place. Considering her relative success in the show, she would have earned a prize of a few hundred thousand dollars.

In the fall of 2010, the former actress starred in the TV land reality series, Harry Loves Lisa alongside her husband, Harry Hamlin. Premiered that October, the show chronicled the couple’s busy Hollywood life as well as that of their two daughters. Although it only ran for six episodes, its premiere was the highest rated for the network at the time of its airing.

In 2014, Rinna’s net worth took a huge leap after she was cast in the popular reality series, The Real Housewives of Beverly Hills by Bravo. After appearing as a guest character in season four, she was promoted to a regular during the fifth season. Since then, she has remained on the series alongside Eileen Davidson, Erika Girardi, Kyle Richards and Lisa Vanderpump; the latest season, season seven recently ended on April 25, 2017.

Now for the big question- how much did appearing on the popular reality show for three years yield her? It’s no secret that the cast members of The Real Housewives of Beverly Hills are paid a hefty check each, but how much? According to various online sources, Rinna pulled in approximately $450,000 for the first season- despite being a relative newbie. Considering her ever-increasing popularity, she was probably able to negotiate a better amount for the subsequent seasons. Still, if we were to take that initial amount $450,000 and multiply it by three (e.g. 3 seasons), that equals to well over $1.3 million.

Unsurprisingly, it’s speculated that most of her current wealth has come from her success as a reality star on The Real Housewives of Beverly Hills.

As far as TV talk shows go, she also gained a considerable amount of recognition back in the 2000’s as the host of SoapTalk (2002). Although reviews were generally iffy, it went on to earn her four Daytime Emmy Award nominations for Outstanding Talk Show Host, which she shared with Ty Treadway.

Outside of television, Rinna has launched her own clothing line called the Lisa Rinna Collection which sells various shirts, skirts, leggings, and jackets for women. Her merchandise is currently available for purchase online through her official site via QVC. At one point, she also owned a clothing boutique called Belle Gray in Sherman Oaks, California, although it eventually closed in 2012 as she was too busy with her television career to manage the business.

Of course like most celebrities, she has also banked a large amount from various endorsement deals. In 2015, Rinna teamed up with Depends for an adult diaper commercial, which had some people turning their heads. Despite this, the star later revealed that she was paid handsomely for shooting the clip. How much? Apparently a whopping $2 million!

As a model, Rinna has also posed for various magazines in the past (sticking to her modelling roots); for instance, she has modeled for Playboy on two occasions, the first of which was for a nude pictorial.

Yes, the reality star has been married to fellow actor Harry Hamlin for 20 years since 1997. Throughout the years, they’ve worked together in a number of movies and television productions- including portraying a married couple in Veronica Mars.

Prior to her current marriage, she was in a relationship with Todd Nelson and Peter Barton during the 80’s.

Does Lisa Rinna Have Any Children?

Did Lisa Rinna Go to College?

After graduating from Medford Senior High School, she went to the University of Oregon where she studied acting for one year. Unfortunately, she was not accepted into Acting II- this led her to consequently drop out to pursue a modelling career.

Where Does Lisa Rinna Live? Pictures of Lisa Rinna’s House 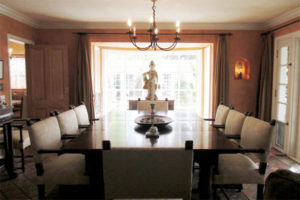 Lisa Rinna and her husband currently lives in a hill-top home in Beverly Hills, California. Featuring a Franco-Tuscan take on decor, the 5,000 square foot home was originally bought by Hamlin in the mid 80’s. Since then, he has done numerous renovations to restore the interior, including making an outdoor living room.

The reality’s star was featured in a virtual tour on Bravo TV in 2014.

What Kind of Car Does Lisa Rinna Drive?

How Much Did Lisa Rinna Earn Last Year?

It is estimated that she earned upward of $800,000 in 2016, although this figure has not been officially confirmed.

Lisa Rinna as a Philanthropist

The reality star has been involved with numerous charities in the past. For instance last fall, she spent her Thanksgiving holiday giving back- packing and preparing meals for those who are less fortunate. Rinna was later given a Humanitarian Award from the delivery service.

Even on television, she has helped to raise $505,000 as a contestant on The Celebrity Apprentice in 2013; the proceeds ultimately went to benefit the St. Jude Children’s Research Hospital.

There’s no doubt that Lisa Rinna successfully carved an identity for herself both as an actress and a television personality. Throughout her career, she has taken part in over 30 different acting projects and has participated in more than 80 reality TV shows.

As mentioned earlier, she was nominated for four Daytime Emmy Awards for her role as host on the talk show, SoapTalk during the 2000’s. Between 1994 and 1995, she also received two Soap Opera Digest Awards for her portrayal in the soap opera, Days of Our Lives.

As far as acting goes, Rinna recently co-starred in the comedy short, Grannie which was released on March 31, 2017.

Of course, she’s also been involved with various reality series such as Dancing with the Stars, Live! with Kelly and Michael and The Real Housewives of Beverly Hills.