What Happened to Fabolous – What He’s Doing in 2018 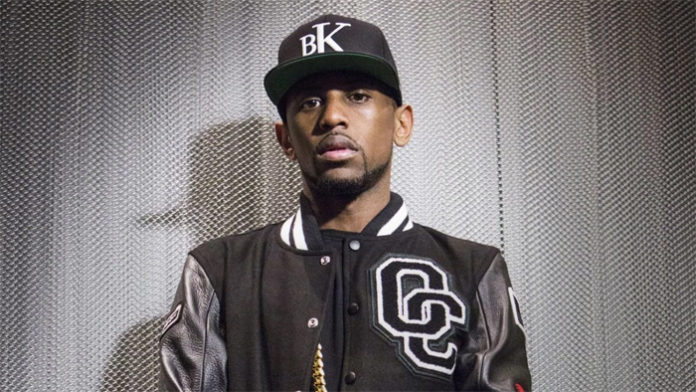 John David Jackson- better known as Fabulous, kick-started his music career with the release of his debut studio album, Ghetto Fabolous in 2001. A native New Yorker, he decided to pursue a career as a hip hop artist during his final year of high school. Having honed his skills, he was eventually invited to perform live on DJ Clue’s local radio show’ he then went on to rap on the popular New York Station, Hot 97. Convinced by his talents, the DJ later offered him a recording deal with his label, Desert Storm Records. Shortly afterward, Fabolous was featured in a number of mix tapes, including those of DJ Clue himself. From there, the exposure eventually landed him a contract with Elektra Records. After a year of work at the studio, the rapper came out with his debut album entitled, Ghetto Fabolous in the fall of 2001. A considerable success, it ultimately served as a launchpad for his music career.

Following the release of his debut effort, which has since gone Platinum in the United States, Fabolous dropped his second studio album, Street Dreams in 2003. An even greater hit among fans, it peaked at number three on the US music charts and soon became his second album in a row to exceed over 1,000,000 in sales. Continuing to release an album every few years, some of his later titles include Real Talk (2004), From Nothin’ to Somethin’ (2007), Loso’s Way (2009), and The Young OF Project (2014), although none would rival the success as his earlier albums. Aside from his full length albums, Fabulous has also released two extended plays, eleven mix tapes, and well over a dozen singles- some of his most popular hits include Can’t Let You Go, Into You, Breathe, Make Me Better, Throw It In The Bag, Trade It All, Pt. 2, and My Time.

Throughout his professional career, Fabolous has collaborated with various big-name artists such as Lil’ Mo, Lil’ Bow Wow, Jermaine Dupri, Syleena Johnson, Black Buddafly, and Tony Parker, to name a few. His musical works have also been featured in a number of films such as Dr. Dolittle 2 (2001), Like Mike (2002), Barbershop (2002), You Got Served (2004), and Gossip Girl (2010), to name a few. Although his focus is on music, the New York-native has also taken part in a small handful of films including Scary Movie 4 (2006), Fabolous: Everything, Everyday, Everywhere (2009), and I Don’t F*#k with Christmas by Fabolous (2014). Speaking of on-screen appearances, he has also appeared in various TV programmings such as Keeping Up with the Kardashians (2007), The Mo’Nique Show (2010), Love & Hip Hop (2011), and WWF SmackDown! (2016).

So what has the popular rap artist been up to in the recent months? What new projects have he been filling his schedule with as of late? Will he be coming out with any new music material this upcoming year? How about television appearances? What happened to Fabolous? Where is he now in 2018? 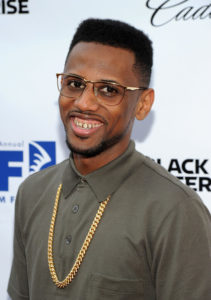 Born on November 18, 1977 in Brooklyn, New York, Fabolous (Real Name: John David Jackson) is of African American descent from his father’s side, and of Dominican descent from his mother’s side. Growing up in the Bedford-Stuyvesant neighborhood of Brooklyn, New York City, he took a keen interest to music- hip hop in particular, at a young age. Having said that, it wasn’t until his final year in high school in the mid 90’s that he decided to pursue a career in music. Dedicated much of his time toward honing his craft, Fabolous eventually received a huge opportunity after being invited to perform live on DJ Clue’s local radio show; from there, he also rapped live on New York City’s Hot 97.

Convinced of the teen’s talents, DJ Clue later offered him a recording deal with his label, Desert Storm Records. With that, Fabolous was soon featured in a number of mix tapes, including those of DJ Clue’s. Ultimately, the exposure from the releases led him to a contract with Elektra Records in 2000. With everything set in place, the New York-native started to work on his debut release at the studio (although he later stated in an interview that it was never his original intention to become a professional rapper). A year later, he released his first studio album entitled, Ghetto Fabolous in the fall of 2001.

Fabolous’ Musical Releases Throughout the Years 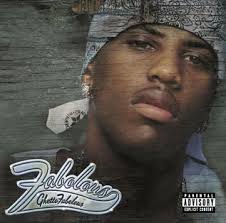 On September 11, 2001, the rapper released his debut album, Ghetto Fabolous under Elektra and Desert Storm Records. Produced by a team consisting of DJ Envy, Just Blaze, The Neptunes, Rockwilder, and DJ Clue himself, among others, it came with a total of sixteen hip hop titles including We Don’t Give a Fuck, If They Want It, Gotta Be Thug, Keepin’ It Gangsta, and Right Now & Later On; among the track list were also a few collaborations with Nate Dogg, Jagged Edge, Ja Rule, and Lil’ Mo.

Despite being released on the same day as the 9/11 attacks, it proved to be a commercial hit. Upon its release, it debuted on the US Billboard Top 200 at number four and sold over 143,000 copies within the first week; on the Top R&B and Hip Hop Albums Chart, it also found its way onto number two. In spite of the amount that it sold in stores, critical reception was generally mixed; for instance All music gave it a three star rating while Entertainment Weekly gave it a “C” score. Nevertheless, it went on to spawn three singles, Trade It All, Young’n’ and Can’t Deny It, all of which charted on the Billboard Hot 100 and US Rhythmic Top 40.

A couple years later, Fabolous released his second studio album entitled, Street Dreams on March 4, 2003. Significantly longer in terms of running length, it was produced by Kanye West, Rick Rock, Just blaze, Timbaland, and DJ Clue. Recorded in 2002, it boasted twenty beats including Why Wouldn’t I, Change You or Change Me, Forgive Me Father, Never DUplicated, Call Me, and This Is My Party, to name a few. Much like its predecessor, it also featured a number of artists such as Lil’ Mo, Snoop Dogg, Missy Elliott, and Mary J. Bilge, in a few of its tracks.

A modest success, Street Dreams peaked at number three on both the Billboard Top 200 and Top R&B and Hip Hop Albums Charts shortly after its release. According to reports, the album had reportedly sold over 185,000 copies within the first week- a number slightly greater than that of what was achieved by his debut album. Still, different critics had different opinions on the release- while some such as Billboard and Hip Hop DX gave it favourable reviews, other sources such as Stylus Magazine and The Rolling Stone thought less of the album. Having said that, Street Dreams did eventually go Platinum in the US- making it Fabolous’ second album to attain such certification; it also produced three singles, one of which peaked at number four on the Billboard Hot 100 (e.g. Into You). 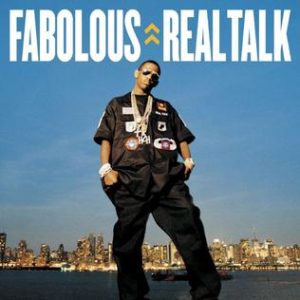 Trudging along with his music career, Fabolous released his third full length album, Real Talk on November 9, 2004. His first album with Atlantic Records, it included 75 minutes worth of hip hop, including the titles Don’t Stop Won’t Stop, Gangsta, Exodus, Can You Hear Me, Breathe, Young & Sexy, In My Hood, and Round and Round; the album also featured guest appearances from Charlie Murphy, Pharrell, Young Jeezy, Lil’ Mo, Nate Dogg, and Thara.

Not long after hitting the stores, Real Talk peaked at number six on the US Billboard Top 200 and at number two on the Top R&B Albums Chart. A mild commercial success, it sold approximately 179,000 copies over the first week- an amount comparable to that of his earlier albums. Although his versatility as a rapper was noted by critics, many seemed to have felt a lack of constant quality among the tracks. Critical reception wise, Rolling Stone gave it a three and a half star rating while others such as USA Today awarded it a three star rating. Nonetheless, it went on to produce two charting singles, Baby and Breathe. To date, Real Talk has sold over 550,000 copies domestically, making it Fabolous’ first Gold-certified album.

After a three-year-long break and another label switch, Fabolous released his fourth album, From Nothin’ to Somethin’ on June 12, 2007. His debut release with Def Jam Records, its production was handled by a number of individuals including Polow, Thimbaland, Jermaine Dupri, Reefa, Don Cannon, among others- many of whom he had worked with previously. Approximately an hour in length, its track list included the titles What Should I Do, This Is Family, Change Up, Return of the Hustle, Gangsta Don’t Play, Real Playa Like, First Time, and I’m the Man; some of the guest artists in the album include Rihanna, Lloyd, Junior Reid, T-Pain, Ne-Yo, and Swizz Beatz.

Another success for the artist, From Nothin’ to Somethin’  entered the Billboard Top 200 at number two and at the top of the Top R&B and Hip Hop Albums Chart; it sold approximately 159,000 copies within the first week. Despite its impressive charting performance, reviews were once again, generally mixed; for instance, Entertainment gave it a favorable B+ while other publications such as Slant Magazine awarded it a two and a half star rating. Supported by four singles, it has since sold over 542,000 copies across the US- making it the rapper’s second consecutive Gold album.

In the summer of 2009, Fabolous dropped his next album, Loso’s Way, which was recorded between 2007 and 2009. Accompanied by a short MV, it boasted sixteen hip hop titles such as There He Go, Pachanga, I Miss My Love, The Fabolous Life, Money Goes, Honey Stay, Throw It In the Bag, Feel Like I’m Back, and Imma Do It; a few bonus tracks were also included in the exclusive iTunes version. Considerably less of a hit than his earlier works, it only managed to sell 99,000 copies within the first week, despite charting at the top of the Billboard 200. To date, it has sold over 221,000 copies in the US.

Since then, the New York artist has released one additional album, The Young OG Project, which was made available in December of 2014.

Recently this spring, Fabolous made the headlines after being given the key to Brooklyn on the 20th anniversary of The Notorious B.I.G.’s passing, at the Icon Talks Ceremony. When asked about how he felt about receiving the key, the rapper stated that it was an honor to be inducted into the city’s own celebrity path.

Kicking off the new year, Fabolous also released a new song, Trappy New Years in January of this year, which was a collaboration with fellow artist Trey Songz. A pleasant surprise for many fans, it was made available via a free digital download on January 1, 2017.

Want to stay in touch with the 39-year-old rap artist? You can easily do so by following Fabolous on social media- you can find the star on Twitter or Instagram at @myfabolouslife. Alternatively, he sure to also drop by his official website (www.myfabolouslife.com) for some of the latest announcements and news.