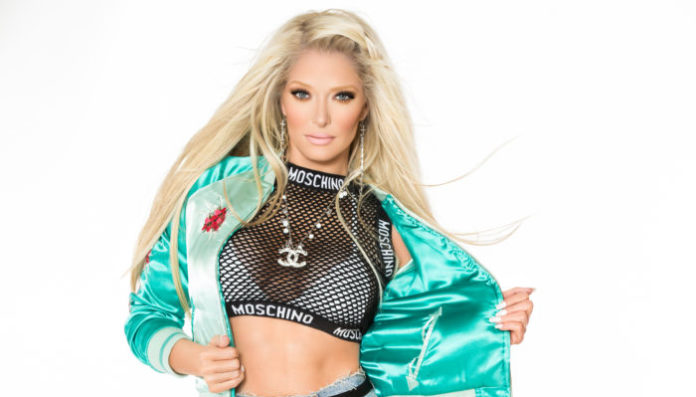 As is usually the case when I do these articles, I knew nothing about who this woman was. I went in blind, and I’ve come out the other side in a state of mental flux. So let me break it down. I googled her. Saw here and thought, she must be some kind of reality star. I looked in Wiki, and saw she was a singer. Okay, pop country or something. I looked at her age and again, 45? Definitely pop country. Then I watched one of her music videos. Boy, I could not be more wrong. I hate to reduce a persons accomplishments to their looks, but to hit 45 and look like that must have taken both a lot of work and some damn fine genes. Her music might not be to my tastes, I really was looking forward to some pop country, but I have to commend her for playing the “sexi” card so damn well. I know younger artists who could not pull off the looks she shrugs on effortlessly.

Now, her net worth, the whole point of the article. if I wanted to write about her life I would have picked up the What Happened to Erika Jayne piece, and I still might yet. The bulk of her wealth comes from a combination of things. She did appear on reality television, she has a booming music career, and her husband is a wealthy lawyer. So let’s dive in and see what I can find out.

How Did Erika Jayne Make Her Money & Wealth? 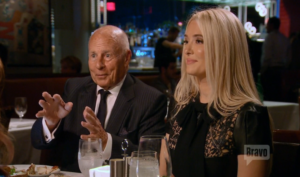 Unlike most of the other real house wives I have been looking at, Erika began her career long before starring on the Beverly Hills flavor of the show. She started her career in the nineties, appearing in a number of bit roles, before moving into music. She has always had a passion for music, with her genre of choice being the dance track. Dance music is popular world wide, though less so in North America than in Europe. Her first big single came in 2007, Roller Coaster, which hit number 1 in the US Billboard Dance Charts. The album that followed in 2009 went to number one as well, as did a further 5 singles. Her music career was a major hit in the LGBT community, and she considers herself an ally of the cause of LGBT rights.

The bulk of her wealth comes from her music career, but in 2015 she opened up another revenue stream, reality television. She stars in The Real Housewives of Beverly Hills, and has gained an even bigger following than before. She is currently a fan favorite, and will return in the next season of the show. She is also appearing on Dancing with the Stars this year. A natural result of being famous, especially for reality TV stars and musicians, is a social media following. Properly organized social media accounts can be real money spinners, with all kinds of companies paying top dollar for product endorsements. That kind of advertising is worth a lot, being able to directly target your audience with your product, and associate with someone they already trust. If Erika is smart, and I believe she is, she will be leveraging that until the cows come home.

Where is Erika Jayne from?

Erika Jayne was born in Atlanta Georgia, though is now based in California. Which explains why she is one the Real Housewives of Beverly Hills, and not Atlanta.

What is Erika Jayne’s real Name?

Her legal name is Erika Girandi

Is Erika Jayne a Gold Digger?

There is some dispute about this. What I find interesting about it is that on the surface it does kind of look that way. Thomas Girandi is fairly old, pushing eighty, while Erika is only 45, and looks much younger than that to be honest. Girandi is also ludicrously wealthy, being a founding member of a now big law firm will do that. But, Erika Jayne has been working in the entertainment industry since the nineties. She had been doing quite well for herself and it is at least possible that had she not gotten married to Thomas she still would have found yet more fame. It is at least safe to say that Her marriage to Thomas Girandi helped her career immensely.