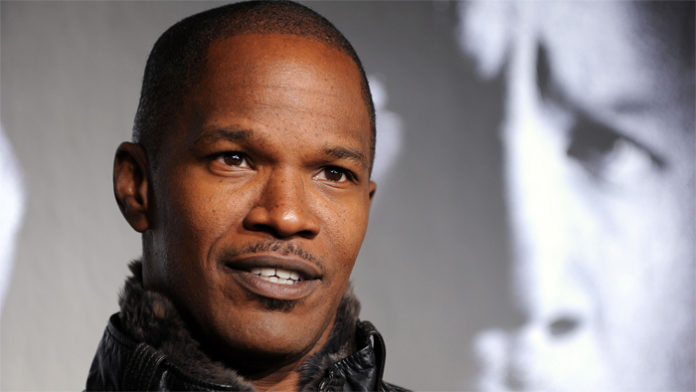 American actor and comedian Jamie Foxx is perhaps best known for his Golden Globe-award winning portrayal of Ray Charles in the biopic, Ray (2004). Adopted by a couple of domestic workers shortly after birth, his natural comedic talents were apparent by the time he was a grade schooler. At the age of twenty two, he took to the stage for the first time at an open mic night on a dare. As one thing led to another, Foxx eventually made his television debut in the sketch comedy series, In Living Color in 1991. From there, he appeared (and later starred) in several films, prior to landing his own comedy, The Jamie Foxx Show in the mid 90’s.

Nowadays, not only is he a talented actor, and comedian, but he is also a well recognized record producer and singer-songwriter. With so many talents and achievements, it’s no wonder why his net worth is well in the tens of millions.

Let’s take a deeper look to see how he’s accumulated his wealth over the years.

How did Jamie Foxx Make His Money and Wealth? 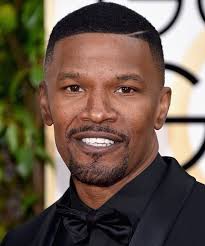 Born on December 13, 1967, in Terrell, Texas Jamie Foxx (Birth Name: Eric Marlon Bishop) was raised by his mother’s adoptive parents; his birth parents had little to do with his upbringing. Growing up, he had a natural flair for both music and comedy. At the age of five, he took up the piano; his talent for joke-telling was also apparent by the time he was in third grade. Smart and intelligent, he went to the United States International University after graduating from high school on a scholarship.

At the age of twenty two, he performed on stage for the first time at a local comedy club after being dared to do so by his then-girlfriend. Eventually getting the hang of it, he started to perform wherever he could over the next two years. Later deciding to try his hand on television, he auditioned for and successfully earned a spot in the popular sketch comedy series, In Living Color; this also served as his small screen debut.

In 1999, he was cast in his first dramatic role in the sports drama film, Any Given Sunday. Directed and co-produced by Oliver Stone, it was a moderate hit, having taken in over $13 million during its opening weekend. By the time it closed, the movie had a domestic gross of $75.5 million- over $20 million more than its production costs of $55 million. While Foxx didn’t play the main starring role per se, the film would have nevertheless earned him a hefty amount of change; it was the beginning of his successful career in Hollywood.

His next major break on film came in 2004, when he was cast opposite of Tom Cruise in Michael Mann’s neo-noir crime thriller, Collateral. A major blockbuster, it earned more than $24.7 million during its opening weekend, which put it at number one at the North American Box Office. After its 14-week-run on screens, it had taken in well over $100 million in the United States and Canada alone; adding to that the international earnings and it had a worldwide gross of $217 million. Applauded for his portrayal, Foxx received an Academy Award nomination for “Best Supporting Actor” in 2005.

That same year, he also starred in Ray– a musical biopic that would later become one of the best remembered works of his acting career. Directed by Taylor Hackford, it starred Foxx as the film’s title character- Ray Charles Robinson, a blind pianist. A crippling success, it earned over $20 million on its opening weekend; by March of 2005, it had a total domestic gross of $75 million. Altogether, it had a worldwide gross of $125 million, after taking into consideration the $50 million that came from foreign markets. For this film, Foxx received an Academy Award for Best Actor, among a series of other accolades. The motion picture most likely earned the actor at least a million dollar cut.

In 2006, Foxx starred in the action crime thriller, Miami Vice which revolved around various drug trafficking operations. A hit at the box office, it opened at number one with a gross of more than $25.7 million during its opening weekend; it later went on to yield more than $63 million within the United States alone. Following its international run, it had brought in a worldwide total of over $164 million. Allegedly, the film had brought in a $10 million cut for the actor.

Aside from his work in Hollywood, Foxx has also made quite a name for himself as a recording artist. In 2005, he released his hit album, Unpredictable through J Records. Popular among fans, it entered the US Billboard Top 200 at number two, and later rose to the top by the second week; according to Niel Soundscan, it had sold close to 600,000 copies within the first week. In addition to the Billboard 200, the album also reached number one on the Top R&B Albums Chart in the United States. Generally praised by critics, it has since sold over 2,000,000 copies domestically, which has earned it 2x Platinum certification from the RIAA. According to various sources, it is estimated that Unpredictable had earned him a little over $2.1 million in profits.

Three years later, he came out with his next studio album, Intuition on December 16, 2008. While reviews were generally mixed, it proved to be another major success for the artist. Upon its release, it debuted at the third position on the Billboard Top 200, with over 265,000 sales in the first week. Within two months, it had become one of the chart’s top ten albums. Similar to his earlier work, Intuition also peaked at the top of the Top R&B and Hip Hop Albums Chart. Supported by five singles, it has since gone Platinum after selling over 1,000,000 copies in the US- a figure that roughly translated to about $1 million for the star.

Since then, he has gone on to released two additional albums, Best Night of My Life (2010), and Hollywood: A Story of a Dozen Roses (2015), both of which made its way onto the US record charts. Aside from his full length albums, Foxx has also come out with a number of RIAA-certified singles such as Unpredictable (Feat. Ludacris), DJ Play a Love Song (Feat. Twista), Just Like Me (Feat. T.I.), and Blame It (Feat. T-Pain).

As a musician, Foxx has also embarked on two separate concert tours, Te Unpreditable Tour in 2006 and The Blame It Tour in 2009.

Having said all of that, a large portion of his net worth has of course, come from his work in comedy. Aside from his involve in In Living Color, The Jamie Foxx Show, and Saturday Night Live, he has also performed several stand-up specials over the years including Jamie Foxx: Straight from the Foxxhole (1993), Jamie Foxx: I Might Need Security (2002), and Jamie Foxx Unleashed: Lost, Stolen and Leaked (2003).

Of course, like many celebrities, Fox also earns a nice check from endorsement deals that he’s made with various companies. For instance in the past he has teamed up with Canon, Apple, Ciroc, All Season Sneaker, and New Verizon.

Jamie Foxx is not married. According to reports, he has been dating American actress, Katie Holmes since August of 2014.

Prior to his current relationship, he was also romantically involved with Sky Nellor, Nikki Giavasis, Stacy Keibler, Eva Marcille, Lil’ Ki, Vivica A. Fox, Adriane Kelly, among a few others.

Does Jamie Foxx Have Any Children?

Having said that, the mother of his two children have never been formally revealed. Though, Foxx has been seen chilling with Annalise’s mother on various occasions- presumably for some much-needed family time.

The comedian adopted his current stage name after realizing that female comedians were typically given the opportunity to perform first. With this in mind, he changed his name from Eric Marlon Bishop to Jamie Foxx, an ambiguous name strategically chosen to discourage bias. According to the star himself, the surname “Foxx” was a tribute to American comedian, Redd Foxx.

Where Did Jamie Foxx Go to College?

After graduating from Terrel High School, Foxx went to the United States International University in San Diego, California under a scholarship to study composition and classical music.

Where Does Jamie Foxx Live? Pictures of Jamie Fox’s House 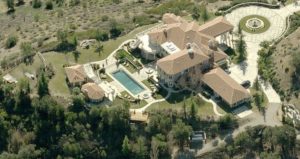 In 2007, the actor purchased a 17,000 square ft. home in Thousand Oaks, Hidden Valley for $10.5 million. A Mediterranean-style villa, it sits on 40 acres and features twelve bathrooms, ten bedrooms, a full gym, a game room, a library, as well as a personal sauna.

Additionally, the house is also equipped with a cabana studio, an Olympic-sized pool, two guest houses and a tennis court.

Jamie Foxx as a Philanthropist

A true philanthropist at heart, Jamie Foxx has donated thousands and thousands of dollars to various causes over the past years. For instance in 2010, he made a $500,000 donation to the Fidelity FutureStage program- one that aims to enrich arts education in public schools.

In 2015, he also helped to raise $2,000,000 alongside his sister for the Global Down Syndrome Foundation gala.

Some of the other foundations and charities that he’s been involved with include the Cancer Research Institute, the Elton John AIDS Foundation, the Save the Music Foundation, and City of Hope, among many others.