G Eazy Net Worth 2018 – How Wealthy is The Rap Star Actually? 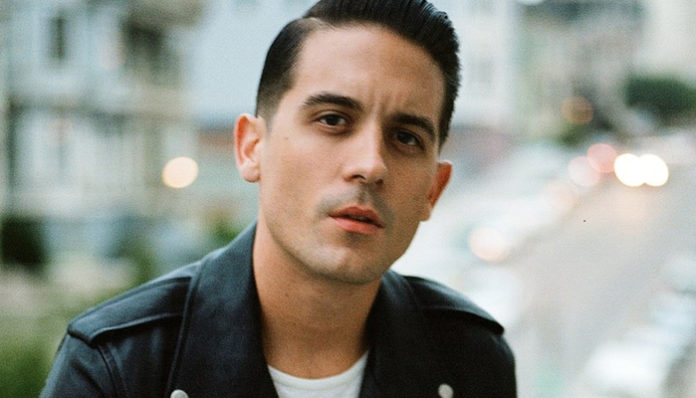 Gerald Earl Gillum- better known as G Eazy, first broke into the music industry with his debut album, Must Be Nice. Hailing from California, he launched his career while still attending university in New Orleans. At the time, he was a member of the hip hop group, Bay Boyz, with whom he performed with for several years; their works were regularly uploaded onto Myspace. Having said that, it wasn’t until the late 2000’s that G Eazy started to gain popularity after opening for a number of well known artists such as Snoop Dogg and Lil Wayne. Striving to make a career for himself in hip hop, he eventually released his studio album, Must Be Nice in the fall of 2012.

Since then, he has released two additional albums, both of which have attained RIAA certification. From non-charting releases to chart toppers, the rapper has come a long way.

Now a successful artist, his net worth has accumulated to be well over one million dollars. How did he obtain his wealth? Let us take a look.

How did G Eazy Make His Money and Wealth? 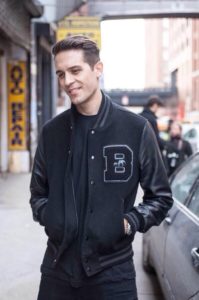 Born on May 24, 1989 in Oakland, California, G Eazy (Birth Name: Gerald Earl Gillum) was raised majorly by his grandparents, as his parents were divorced. When he was twelve years old, his mother started to date a woman named Melissa Mills, an event that was confusing for the young teen. Although G Eazy eventually bonded with Mills, the latter ultimately died from an overdose.

Having always been interested in hip hop music, the California-native made the decision to pursue a career as a record producer while he was still in university. During his time as a student, he was also involved in the hip hop scene in the Bay Area, having been a member of a group called The Bay Boyz. Together, they released a number of songs through their Myspace page. Around that time, G Eazy also collaborated with artists such as The Cataracs and Lil B, which garnered him some recognition.

In 2010, the aspiring rapper received a small break after being invited to open for several established artists such as Snoop Dogg and Lil Wayne. From there, he started to record and release his own mix tapes. To his disappointment however, they were met with limited success. Despite this, he continued to record at the studio and eventually put forth the mix tape, The Endless Summer. His first notable hit, it ended up being nominated for Best Hip Hop Mixtape in 2011. Although the artist didn’t gain much from the release, seeing as it was made available on various sites for free, it garnered him some much-needed attention as a rising musician.

In September of 2012, G Eazy independently released his debut studio, Must Be Nice. While it spawned two singles, its lack of promotion led to minimal sales. Having said that, it still managed to peak at number 33 on the Top R&B and Hip Hop Albums Chart, making it his first album to reach the US record charts.

After forging a contract with RCA Records, he dropped his major label release, These Things Happen on June 23, 2014. A considerably greater hit compared to his first, it entered the Billboard Top 200 at number three, and the Top R&B Albums at number one; within the initial week, it had sold more than 47,000 copies. By the second week, the album had sold an additional 9,000 copies, and by the end of the third week, an additional 6,000 copies. His long-awaited breakthrough, These Things Happen also ended up charting in Australia, and the UK. Two years after it was made available, the album had obtained gold certification from the RIAA after selling over 500,000 copies. It is estimated that this amount translated to at least $400,000 in profit for G Eazy.

On December 4, 2015, G Lazy released his third studio album entitled, When It’s Dark Out. His most successful release to date, it debuted at the fifth position on the Billboard Top 200 and at the top of the Top R&B and Hip Hop Albums Chart- making it his second consecutive album to reach number one on the latter chart. Within the United States alone, it had sold over 103,000 copies in the first week- a much greater amount compared to his earlier efforts.

Continuing to solidify his status as an up-and-coming artist, When It’s Dark Out was also an international hit; not only did it chart in the US, but it also charted in France, New Zealand, Sweden, Switzerland, Canada, Belgium, Denmark, Finland, and Norway, to name a few. As of July 7, 2016, not even a year after its initial release, the album was given platinum accreditation after having passed the 1,000,000 sales mark. Easily one of the highest points of G Eazy’s career, it would probably be fair to say that it yielded him at least a few hundred thousand dollars.

In addition to his full length albums, G Eazy has also released four extended plays, six mixtapes and over a dozen singles. A couple of his greatest hits include I Mean It, a collaboration with Remo that ended up going Platinum in the US and Me, Myself, & I, a duet with Bebe Rexa, which has since gone Platinum four times in the US. Me, Myself & I ended up charting at the top of the US Top Rap Songs, at number two on the Top R&B/Hip Hop Songs Chart and at number seven on the US Billboard Hot 100.

Speaking of his music, his works have been featured in several films and TV series over the years including Ghostbusters (2016), Strictly Come Dancing (2016), and The Fate of the Furious (2016).

Unsurprisingly, G Eazy has also embarked on a number of tours. For instance, he took part in the annual Vans Warped Tour in the summer of 2012, where he performed all the US dates; it goes without saying that each performance would have undoubtedly yielded him a nice check. That July, he also hit the roads for his Excellent Adventure Tour, which brought him to cities such as Philadelphia, New Orleans, Columbus, Pittsburgh, Austin, Atlanta, and Des Moines. The following year, the rapper also opened for Lil Wayne’s 2013 America’s Most Wanted Tour.

While his focus is on music, he has acted on several occasions in Pia Mia: Fuck With You (2015), and Tunnel Vision (2016). More recently, it has been announced that he will be joining the cast of the action comedy film, The Peach Panther (2017).

Aside from the income that he earns from his music and acting, a fair chunk of his fortune has also come from the many endorsement deals that he’s landed over the years with vairous companies. For instance in the past, he’s teamed up with the brands Shoe Palace, Levi’s, Adidas, 1800 Tequila and RARE Panther.

G Eazy’s love life has always been under speculation by fans- considering how handsome and charming he is, who can blame though? From what we can gather, the singer-songwriter appears to be single. Having said that, there are rumors that he was with American singer Devon Baldwin; this has not been confirmed.

Does G Eazy Have Any Children?

No, G Eazy does not have any children- from what we know anyway.

At the beginning of his career, the rapper performed under the name GE- as an acronym for his name, Gerald Earl. Due to his cool and laid back nature, he eventually decided to use Eazy E as a nickname. However, he soon felt that it was too “cheesy”; having developed an interest in rap, he subsequently added “G” to the title- this resulted in his current stage name, G Eazy.

Where Did G Eazy Go to College?

After graduating from high school, G Eazy moved to New Orleans to attend the Loyola University, where he began pursuing his dream of one day working in the music industry. Ultimately, it was during his time there that he became heavily involved in the hip hop scene, having performed with various groups.

Where Does G Eazy Live? Pictures of G Eazy’s House 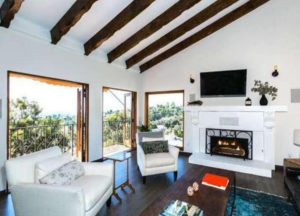 Last December, G Eazy dropped $1.75 million on a Tuscan Villa located in Hollywood Hills, California. Previously owned by Shane West, the 3,642 square foot home boasts four bedrooms and five bathrooms. Built in 1979, it features custom Moroccan and Italian tiles, along with handmade iron rails. Not only that, but it also includes multiple walk-in closets, cozy fireplaces, and a self-contained guesthouse that can easily be converted into a recording studio or gym.

What Kind of Car Does G Eazy Drive?

It would appear that he drives a black Ford Mustang.

As a child, his childhood was often turbulent following his parents’ divorce. When he was twelve years old, his mother started to date a woman named Melissa Mills; a relationship that G Eazy couldn’t quite grasp at the time.

One day after coming home from school, he found her dead due to drug overdose. One of the most heartfelt moments for the rapper, the event has stuck with him for many years. He has since talked about and described the ordeal in his single, Everything Will be OK.

G Eazy as a Philanthropist

As a philanthropist, the rapper has performed several charity concerts over the years. For instance in 2015, he took to the stage for a benefit show in San Diego, where he donated all of the proceeds to his favorite charity, Music Beats Hearts.

Despite being only in his twenties, G Eazy has accomplished much in his career; for instance, out of his three major label albums, two of them have ended up receiving RIAA accreditation. Not only that, but one of his hit singles, Me, Myself & I  has also gone Platinum four times.

Throughout his career, he has easily sold millions of records across the globe.