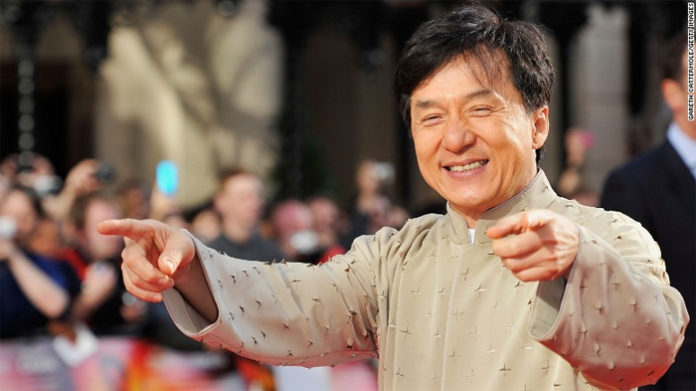 A world-famous actor and martial artist, Jackie Chan has been involved with the show business since the early 60’s. Hailing from Hong Kong, he spent his early years studying drama, martial arts, and acrobatics at the Chinese Opera Research Institute. At the age of eight, he made his acting debut in the film Big and Little Wong Tin Bar (1962). He later appeared in the motion pictures The Story of Ching Hsian-Lien (1963), Fist of Anger (1973), The Golden Lotus (1974)- however, his most noteworthy appearance in the 70’s was probably in that of Fist of Fury (1972), where he starred alongside Bruce Lee.

Since then, Chan has successfully created an image for himself in the show biz. In particular, he is most well known for performing all of his movie stunts himself. To date, his net worth is well in the hundreds of millions.

Let’s take a closer look to see how he has earned his wealth over the years.

How did Jackie Chan Make His Money and Wealth? 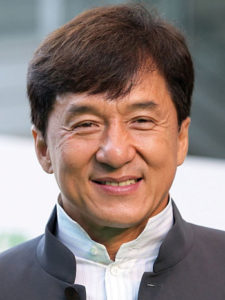 Born on April 7, 1954, in British-occupied Hong Kong, Jackie Chan spent the early years of his life studying drama, acrobatics and martial arts at the Chinese Opera Research Institute- a well known boarding school. At the age of eight, he appeared in his first motion picture, the Cantonese film Big and Little Wong Tin Bar (1962). From there, young Chan focused the entirety of his attention on his training; it wasn’t until the 70’s that he once again returned to the big screen.

In 1972, Chan received a big break after being cast as a stuntman in the martial arts film, Fist of Fury- the same movie that superstar Bruce Lee starred in. Shortly afterward, he he had yet another opportunity to work with Lee in the picture, Enter the Dragon (1973). Having earned the respect of many in the film industry- including Lee, with his daring stunts, Chan continued to pave an identity for himself over the next decade.

Following Lee’s unexpected passing in 1973, all eyes were set on Chan as his successor. Although he starred in a series of films throughout the 70’s, none were particularly successful. It wasn’t until 1978, that his popularity began to rise with his role in the movies Drunken Master and Snake in the Eagle’s Shadow, which earned a combined total of approximately $1.3 million USD at the time.

By the late 70’s, he had taken the Hong Kong film industry by storm. Some of his most noteworthy projects from this time include that of Half a Loaf of Kung Fu (1980), The Farless Hyena (1979), and The Young Master (1980)- all of which only cemented his status as a star. Continuing to star in various movies, he later appeared in A Police Story (1985), Project A (1983), and Armor of God (1986). Before Long, the actor stunt-man had become one of the highest-paid artists in Hong Kong; in fact, he quickly became a household name throughout Asia.

In 1995, Chan broke into the US market with the film Rumble in the Bronx. A commercial success, it ended up earning over $32 million in ticket sales in the United States. Met with praise, the movie also garnered the actor a cult following- something that was uncommon for overseas movie stars. Altogether, it is estimated that the film had yielded Chan $4 million USD.

A few years after making his North America debut, he received a breakthrough in 1998 after being cast as one of the lead characters in the buddy cop comedy, Rush Hour opposite of Chris Tucker. A massive success, it grossed a staggering $33 million during its opening weekend, putting it at number one at the box office. Recognized with multiple industry awards, Rush Hour later earned a worldwide total of $244 million, $140 million of which stemmed from the United States. Lauded for his entertaining action sequences, the film effortlessly propelled Chan to the next level of fame in the English-speaking world. It would have also, earned him upward of a few million dollars.

In 2001, Chan reprised his role as Inspector Lee in the subsequent sequel, Rush Hour 2. Although reviews were generally mixed, it proved to be yet another high-grossing film, having taken in $67 million over its opening weekend alone. Having remained in the box office top ten for ten weeks, the movie eventually closed with a domestic gross of $226 million- making it the highest-earning film of 2001 in the United States. Chan’s performance in the picture also earned him multiple awards including an MTV Movie Award, among several others. According to various sources, Rush Hour 2 had brought in close to $20 million for the star.

Three years later, he starred in Frank Coraci’s action comedy, Around the World in 80 Days (2004). Released on June 16, 2004, the movie ended up earning over $7.5 million during its opening weekend; by the time it closed in theaters, it had grossed $75 million- which unfortunately, was a disappointment as it was created on a budget of $110 million. Nonetheless, Chan’s portrayal of the film’s lead protagonist earned him a hefty sum of approximately $20 million. 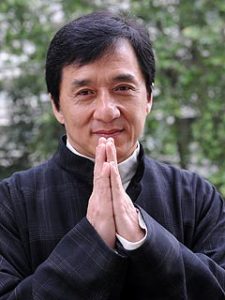 In the summer of 2007, Chan returned for the third and final installment of the Rush Hours franchise, Rush Hour 3. Although its performance didn’t rival that of its predecessors, it still managed to draw in $49 million on its opening weekend in the United States. Produced on a budget of $140 million, the film ultimately earned a worldwide total of $258 million in ticket sales. Another one of his noteworthy movies, it supposedly earned him a whopping $15 million in 2007.

From this, it’s probably safe to conclude that the Hong Kong-based actor has earned a sizable chunk of his fortune from his acting throughout the past decades. One of the best recognized actors in the martial arts field, his acting and stunt work has earned him millions upon millions over the past years.

In addition to his career on film, Chan has also put forth a number of studio albums as a recording artist. Since he first released his debut album, Love Me back in 1984, he has come out with a total of eleven studio albums. But that’s not all, he has also performed the theme songs for various well-known Chinese movies such as Twin Dragons (1992), City Hunter (1993), Rumble in the Bronx (1995), Mr. Nice Guy (1997), and Little Big Soldier (2010), to name a few.

On top of his acting and music endeavors, he has also taken on several business projects. For instance in 2004, he launched his own clothing line which features the word “Jackie” with a Chinese dragon logo. Not only that but he also has his own chain of sushi restaurants located throughout Hong Kong and South Korea. Additionally, Chan has also teamed up with California Fitness to create the Jackie Chan Signature Club gyms.

Jackie Chan has been married to Taiwanese actress Feng Jiao Lin for 34 years; the two tied the knot on December 1st, 1982.

Despite having been married, he has also been involved with Elaine Ng, and Ziyi Zhang.

Does Jackie Chan Have Any Children?

Jackie Chan has a son named Jaycee Chan (b. 1982) with Feng Jiao Lin, he currently also works as an actor and singer.

In addition, his extra-marital affair with Elaine Ng also led to the birth of a daughter named Etta Ng (b. 1999). Following her birth, she was raised single handedly by Elaine; Chan was never in her life.

Where Did Jackie Chan go to College?

Jackie Chan did not go to college; instead, he trained at a China Drama Academy headed by Master Yu Jim Yuen in Hong Kong. Following his graduation, she stepped right into filming and acting.

Interestingly enough, Jackie Chan does not have a single residence- in fact, he recently revealed that he has “secret houses all over the world” complete with “Secret rooms”. In an interview, the star explained that he created these secret houses in order to maintain some privacy as many fans have swarmed his previous houses.

One of said houses- is a renovated factory located in Hong Kong. According to Chan, its design was inspired by the classic Superman and Batman movies- as most rooms have a secret door that will lead to a second secret room.

For those who are interested, the global celebrity has since shared a video of one of his top secret hideouts- which is available on Youtube.

What Kind of Car Does Jackie Chan Drive?

Jackie Chan has an impressive collection of luxury vehicles including a custom-built Lamborghini Aventador, a Bentley Mulsanne, and a Sabru Impreza Evo.

Did we also mention that he has a private jet? Yes- he’s also the owner of the majestic Legacy 650 which he reportedly bought for $30 million. Since it was originally purchased, it has been displayed at several air shows around the world.

Jackie Chan as a Philantropist

Throughout the years, Chan has partaken in numerous charitable events and has donated thousands and thousands of dollars to various causes. For example in 2008, he donated 10 million RMB (~$1.4 million) to the victims of the 2008 Sichuan earthquake.

Following the Tohoku Earthquake and Tsunami in 2011, Chan along with his Hong Kong celebrity friends also headlined a charity concert which ultimately helped to raise over $3.3 million over a period of three millions.

Most recently this past January, Chan also made a hefty donation of $65,000 to help the victims of the Thailand flood.

In addition to all the monetary contributions that he has made, he is also the founder of the Jackie Chan Charitable Foundation. Started in 1988, it offers a number of scholarships to help the young people of Hong Kong as well as to provide aid to victims of natural disasters.

How Much Did Jackie Chan Earn Last Year?

The second highest-paid actor in the world according to Forbes, Chan allegedly raked in $61 million in 2016- a sizable chunk of which came from his new Chinese film, Dragonblade.

For those of you who are itching to see more of the superstar on the big screen, you’ll be glad to know that he’ll be making a series of appearances this year in The Karate Kid 2, Shanghai Dawn, Five Against a Bullet, Journey to China: The Mystery of Iron Mask, The Foreigner, and Bleeding Steel.