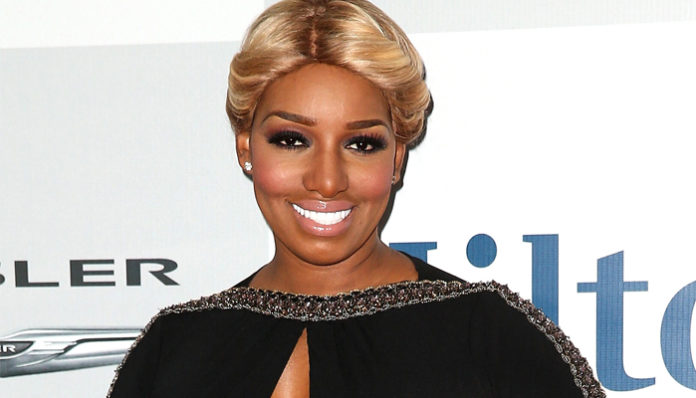 Linnethia Johnson- better known as NeNe Leakes, is best known for being one of the key cast members in The Real Housewives of Atlanta. Born in New York, she was sent to live with a relative, while most of her siblings stayed with her mother. During her early adulthood, she supported herself financially by working as an exotic dancer. Eventually turning her attention to the show business, Leakes landed a minor role in the film, The Fighting Temptation however her scenes were ultimately edited out of the final product. In 2008, the New Yorker received a huge break after being cast in the Bravo reality series, The Real Housewives of Atlanta.

From an unknown actress to a successful reality star, NeNe leakes has successfully made a name for herself over the years. Now, it is estimated that she has a net worth well over ten million dollars.

How did she attain her wealth? Let’s take a closer look.

How did NeNe Leakes Make Her Money and Wealth? 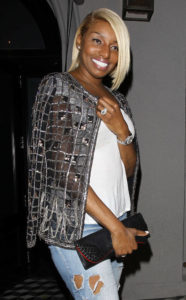 Nene (Birth Name: Linnethia Johnson) was born in 1966 (December 13th to be exact) in the New York City Borough of Queens. She had 4 siblings and due to financial difficulties, her mother sent her to live with a relative in Athens, Georgia; as a result, she was raised almost entirely by her aunt. In a recent interview, she revealed that this “abandonment” has had a major impact on her life.

After graduating from high school, where she was involved with both cheer-leading and basketball, she started to support herself financially by working as a stripper at a club. Who would have known at that point that she would one day become a reality star? It was while she was working there that she met Gregg Leakes, who would later become her husband.

Eventually deciding that she didn’t want to continue on with this career, Leakes started to focus her attention elsewhere- in the entertainment industry. She successfully auditioned and was chosen for a small role (coincidentally as a stripper) in the motion picture, The Fighting Temptations; however her scenes were ultimately edited out of the final cut, thus she did not receive any credit for her work.

Despite this bump, she pressed forward. In 2008, Leakes received a big break after being cast in the Bravo reality series, The Real Housewives of Atlanta; she had met the producers of the show a few years prior. While it initially only attracted 650,000 viewers during the pilot episode, the viewership gradually rose with the subsequent weeks. By the end of the season, the finale had successfully garnered close to 3,000,000 viewers. The breakthrough that she’d been waiting for, it quickly propelled Leakes into fame; it wasn’t long until she was considered a reality star. It’s estimated that the first season alone had yielded her a few hundred thousands.

Considering the popularity of the show, it wasn’t surprising that the network decided to renew it for nine additional seasons- seven of which featured Leakes as a main cast member. From season two until season five, it is said that she was given a salary of $750,000 per season; adding this all up, and she easily earned over $3 million from 2009-2012. By the sixth season in 2013, Leakes’ salary from the show had jumped to $1 million, close to $250,000 more than what it was previously. Altogether, Leakes had earned ~$4,000,000 from her time on The Real Housewives of Atlanta from season one to season five.

In 2012, Leakes was also selected to play a recurring character in the hit TV show Glee. Her first major acting role on television, she portrayed the part of a former Olympian named Roz Washington. Despite her lack of express as an actress, her performance was met with acclaim. From 2012 until 2015 (the same time as The Real Housewives of Atlanta), she appeared in a total of 13 episodes. Seeing as how she was already a prominent reality star by then, her appearances would have undoubtedly supplemented her income nicely.

Around that same time, she was also cast as Rocky Rhoades in the romance comedy, The New Normal. The second big credit to her filmography, Leakes ended up appearing in 22 episodes. Despite the mixed reviews that it received, the NBC series earned a handful of awards during it’s run.

In 2014, Leakes took part as a contestant in the ABC dancing competition series, Dancing with the Stars, and ended up making it to week seven which was good enough for seventh place. While she didn’t take home the winner’s title, she still earned a fair amount of income due to how the prize is laid out- that is, all of the competitors get $125,000 for participating; they then have the opportunity to earn additional prize money with every stage they manage to pass.

In addition to that, she’s also participated in the reality shows The Apprentice (2011), Real Husbands of Hollywood (2015), Lip Sync Battle (2016), and To Tell the Truth, to name a few. In 2013, she also helped to produce the TV special, I Dream of Nene: The Wedding, which chronicled her wedding with Gregg Leakes. Currently, she is also a regular panelist on To Tell the Truth, a revival of the 50’s game show.

Outside of her television endeavors, she also works as a fashion designer for the Home Shopping Network. Originally debuted in the summer of 2014, her line of clothing called NENE by NeNe Leakes quickly sold out within days after its initial release. Since then, her apparel has been made available once again; her products include jump suits, cardigans, etc.

In 2013, Nene founded her own television production company, NeNe Leakes Entertainment- it was through this company that she produced I Dream of NeNe: The Wedding as an executive producer.

In March of 2016, Leakes announced that she would be hitting the road for a comedy tour known as, So Nasty So Rude- named after one of her signature phrases. Kicked off that April, it continued until December, with all of the shows having been sold out.

In the summer of 2009, she also came out with a memoir, Never Make the Same Mistakes Twice, which earned relatively positive reviews from readers.

Unbeknownst to some, Leakes has also been involved with several theater productions over the years, her first being that of Loving Him is Killing Me in 2011, where she played the role of Pinky Bell. Since then, she has also participated in Zumanity (2014), Rodgers +Hammerstein’s Cinderella (2014), and Chicago (2015).

From 2015 onward, she has also been featured in the video games Kim Kardashian: Hollywood and NeNE Leakes: Ne’mojis the App.

NeNe Leakes is currently married to Gregg Leakes, whom she met while she was working as an exotic dancer prior to her television career.

The pair originally tied the knot in 1997, however they separated in 2010 and eventually filed for divorce in the spring of 2010; it was later finalized while she was starring in season four of The Real Housewives of Atlanta. Three years afterward however, it was announced that the two had gotten engaged once again on January 2013.

Their second wedding was later chronicled in the TV special, I Dream of NeNe: The Wedding. The ceremoyn took place at the InterContinental Buckhead Hotel on Juen 22, 2013.

Does NeNe Leakes Have Any Children?

Where Did NeNe Leakes Go to College?

From what we can gather, NeNe Leakes did not go to college. After graduating from high school, she started to support herself financially by working as an exotic dancer. 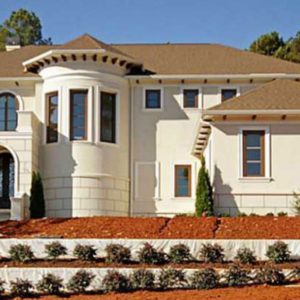 NeNe Leakes currently lives in a glamorous Mediterranean-style mansion in Atlanta. Purchased for $2.1 million, the home is the opposite of ordinary. Overlooking a golf course atop of a hill in a gated community, the 10,000 square ft. house features six bedrooms and seven bathrooms. Not only that, but it also comes with a four-car garage, a private swimming pool and a wrap-around covered porch.

Complete with a guest house, it includes two kitchens, a library, and a media room perfect for parties.

“NeNe” is a nickname for her given name, Linnethia. Much simpler than using her full name, the reality star has adopted it as her professional name.

NeNe Leakes as a Philanthropist

Heavily involved in the charity circuit, she has has also been involved with several other organizations such as the American Heart Association, American Stroke Association, Cellphones for Soldiers, and Save the Music Foundation.

Through her time on The Real Housewives of Atlanta, NeNe Leakes has successfully made a name for herself as a television personality. Over the years, she has starred in several award-winning shows such as The New Normal, and Glee. Most recently, she also joined the cast of Fashion Police.

How Much did NeNe Leakes Earn Last Year?

According to various online sources, it is estimated that NeNe Leakes earned over $1 million in 2016- a good chunk (e.g. five figures) of which came from her contract to join Fashion Police.

Recently this January, Leakes and her husband were invited to participate in the culinary TV special, MasterChef Celebrity Showdown. Following an intense cook-off, they ultimately lost to Trai Bryers and Grace Gealey from Empire.

In terms of talk shows, she has also been active in The Real and the hit Dr. Oz Show the first of which featured Leakes as a co-hostess.

As for The Real Housewives series, there have been rumors stating that negotiations are currently in progress for Leakes to return as one of the full-cast members. Will she be returning to the show in its tenth season? We’ll just have to wait and find out.