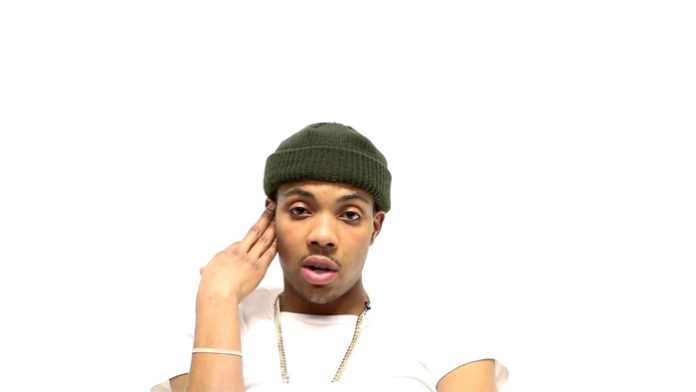 Herbert Wright- better known as G Herbo, rose to prominence in the hip hop world with the success of his debut mix tape entitled, Welcome to Fazoland in 2014. Born in Southern Chicago, he was raised in a rough neighborhood known as “Terror Town” due to its gang and violent activity. Despite all that went around him, he stayed out of trouble and eventually started to get involved with music. Close friends with Lil Bibby, the two later released a collaboration together in 2012 entitled, Kill Shit which quickly turned into an online sensation.

Since his debut, G Herbo has successfully made a name for himself in the hip hop scene through his many mix tapes and record releases. In spite of having grown up in a tough area, the rapper has managed to pull himself out of said situation, and achieve success.

At just twenty one years old, it’s said that G Herbo is already a millionaire. Let’s take a closer look at his career and how he has earned his money.

How did G Herbo Make His Money and Wealth? 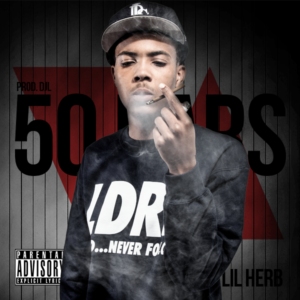 Born on October 8, 1995 in Chicago, Illinois, G Herbo (Birth Name: Herbert Wright) grew up in East Side, Chicago in a rough neighborhood known as “Terror Town” due to its high incidences of criminal activity. Drawing inspiration from artists such as Yo Gotti, Gucci Mane, Lil Wayne, and Young Jeezy, he eventually started to pen his own rhymes by the time he was in his teens.

Good friends with fellow rapper Lil Bibby, the two started to collaborate together in the early 2010’s; the pair are both associated with the “brotherhood”, N.L.M.B. family In 2012, they released the hit song, Kill Shit which quickly proved to be an online sensation, garnering millions of views on Youtube in a matter of days. Since then, they’ve released a number of records together such as Know Somethin, Shout Out, Game Over, They Know Us, and Ain’t Heart Nuthin Bout You.

It was ultimately after the release of Kill Shit, that G Herbo started to rise in fame. Not long afterward, he was referred to as “the future” by well known Canadian rapper Drake, which brought both of them to even greater attention with the hip hop community.

On September 11, 2012, G Herbo dropped his first solo mix tape entitled, Road to Fazoland. Well received by fans, it came with twelve brand new tracks including Lets Get It, Windy City Shit, Play They Role, 4 Minutes of Hell, Runnin’ Through a Check, and My Hood. Since it was first released online, it has been streamed well over 79,000 times.

A year later, he came out with his second mix tape, Road 2 Riches. Similar to his earlier release, it included fifteen new titles some of which included Flexing Fitnessing, 50 Bars Freestyle, We Ain’t Playin’ Witcha, and We Do This Shit For Y’all. While these two mix tapes marked the beginning of his solo rap career, they were still relatively unknown at the time. Still, they’re noteworthy simply due to the fact that they were first endeavors as a recording artist.

On February 17, 2014, G Herbo released his debut mix tape, Welcome to Fazoland under the Machine Entertainment Group. Dedicated to his late friend Fasion Robinson, it garnered positive reviews from a number of publications such as XXL, BET and Complex Magazine; its use of heavy bass was especially applauded by critics. The lead in to his success, the mixtape has since been streamed over 375,000 times on the mix tape distribution website, DatPitt. It’s probably not unreasonable to assume that the release earned the rapper a few thousand dollars in royalties.

Later that same year, the hip hop artist released his second mix tape, Pistol P Project on December 26, 2014. A surprise release at the time, it successfully satisfied the fans’ demand for more music. Lauded for its wide display of sounds, it boasted ten tracks including Quick and Easy, Play It Smart, Where I Reside, Nothing at All, 4 Minutes of Hell Part 4, and Jugghouse. Another solid release from G Herbo, it has since been downloaded over 125,000 times on DatPiff and more than 575,000 times on Spinrilla. 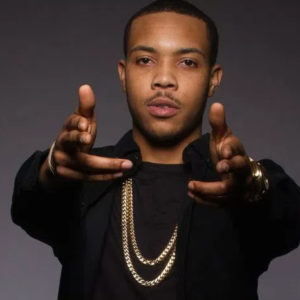 The following fall, the artist’s third mix tape Ballin Like I’m Kobe was made available online. Although its stream count didn’t surpass that of his previous effort, it proved to be another hit among both critics and fans. Produced by individuals such as C-Sick, Southside and Fuse, it featured sixteen hip hop tracks including Peace of Mind, No Limit, Struggle, Bottom of the Bottoms, Bricks & Mansion, and Watch Me Ball. Praised to be his most focused piece of work to date, the mixtape has since been downloaded more than 260,000 times via DatPiff.

Finally on November 24, 2016, G Herbo dropped his fourth mix tape entitled, Strictly 4 My Fans. Unlike his earlier tapes, this one was made available for purchase- which is smart in hindsight, as he had already built up a reputation up at that point. Released through Sony and the Cinematic Music Group, it contained the titles Gutta, Run it Up, Control, Eastside Story, Havin Shit, and Something, among others. Additionally, the mix tape also gave rise to two singles, Pull Up and Strictly 4 My Fans (Intro).

Speaking of singles, the rapper has come out with several over the years including No Limit, L’s, Pull Up, and Ain’t Right (Feat. Lil Durk). While they didn’t end up charting on the US record charts, they undoubtedly helped to cement his place in the music scene.

Aside from his solo releases, G Herbo has also earned a fair amount of change from his collaborative works such as those that he released with King L, Nicki Minaj, Lil Yachty, Dave East, Sean Kingston, and Earl Sweatshirt.

While it’s obvious that most of his income comes from his many successful rap titles, it can also be presumed that he earns a nice check from Google from his Youtube account through ad revenue. Since he first joined Youtube, the rapper has accumulated over 67,500,000 views through his videos- on average, it’s estimated that an individual can be paid up to $2 per 1000 views. That works out to be an income of ~$135,000 from his Youtube page alone!

He has also reportedly earned ~$15,200 from various endorsements and sponsorship deals.

At one point, the rapper also had his own online shop which sold various merchandise for fans. Unfortunately, he doesn’t seem to be selling any items there at the moment.

Of course, the Chicago-based rapper has also yielded a considerable amount through the many concert performances that he gives throughout the year. Considering his rising popularity in the United States, it’s probably reasonable to guess that he earns a few thousand dollars for each performance that he gives- which surely adds up within a year!

In fact, he has a few concert shows lined up for the end of this month this April!

No, G Herbo is not married. There have been recent rumors however that he was dating a former waitress named Ariana Fletcher this past February; said claims have since been rejected by the rapper via Facebook.

Currently, it is unknown whether or not G Herbo is in a relationship.

Does G Herbo Have Any Children?

No, G Herbo does not have any children.

Where Did G Herbo Go to College?

No, G Herbo did not go to college. As a teen, he actually dropped out of high school to focus on his rap career. Interestingly enough though, he was recently made a honorary principal at the South Shore International College Preparatory High School during which he was given a tribute and an award.

Where did G Herbo Get His Name?

According to the star himself, the name “G Herbo” was given to him by his homies- the “G” reportedly stands for “General”, which signifies his movement into a leader position.

Prior to the use of his current stage name, the rapper was known as “Lil Herb” for many years. It wasn’t until 2015 that he adopted “G Herbo”. In a later interview, he explained that his name change symbolized his transition from “boy to a man”.

Despite his name change however, he has also stated that he will not be abandoning his old moniker of Lil Herb.

Where Does G Herbo Live? Pictures of G Herbo’s House

G Herbo’s living quarters have never been disclosed to the public. Having said that, he most likely still lives in Chicago.

We do not have any pictures of G Herbo’s home to share with readers at this time.

What Kind of Car Does G Herbo Drive?

G Herbo has been seen driving various luxurious cars in his music videos, however it’s been confirmed that said vehicles are not actually owned by the rapper.

According to various online sources, the Chicago-based rapper took home ~$66,000 in 2016- although this has not been 100% confirmed.

Aside from having been named Honorary Principle at the Chicago High School, G Herbo recently released a new music project by the name of Welcome to Fazoland 1.5 on St. Patrick’s Day, which was hosted by Don Cannon.

In addition to that, it’s been confirmed that he will be collaborating with fellow Chicago native Chance The Rapper on a new song sometime this year; the two were spotted in a picture together that he posted onto his Instagram page.

As far as concerts goes, G Herbo has a few shows planned in Colorado later this month at the Bluebird and Fox Theaters.