Michelle Obama Net Worth 2018 – How Rich is The Former First Lady? 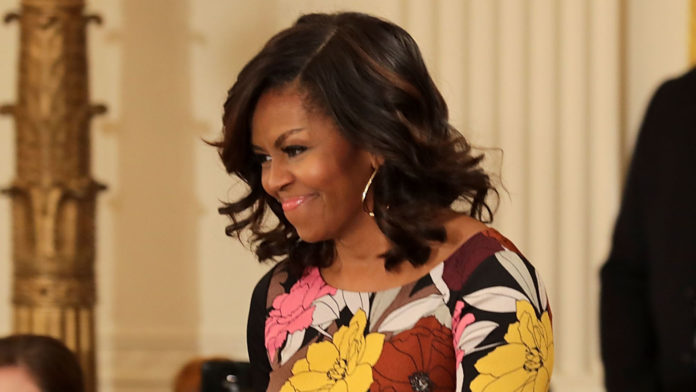 Well this was a fun one to write. I never really thought about how Michelle Obama makes her money. I mean, when she was the First Lady did she get a salary? Is First Lady of the United States a paying job? No. They do not. I get why that is. They are not elected officials, so why should our tax dollars go to them? But it overlooks a few things I found out only recently. They can’t opt out of the position, and there has yet to be a First Lady that hasn’t given up their career to support their partner on the campaign. Michelle was pulling in $212,000 with her job before her husband started campaigning in earnest for the top position in all the land.

Now, I realize that if you want a realistic chance of winning the Presidency you kinda have to be married. Maybe it goes back to Bachelor Jimmy Buck losing the Union back in the 1860s, but no matter the reason, it does limit the earning potential of the Michelles, Hillarys and Melanias of the world.

After leaving the White House Michelle has seemingly been taking it easy. Not at all surprising, the stress of her and her Husband’s position being what it was. It leaves the current figure as is for the time being, but I expect it to rise soon enough.

So let’s take a look at where Michelle Obama made her money, and what she will be doing next.

How Did Michelle Obama Make Her Money & Wealth?

Trying to come up with a figure for Michele Obama’s wealth separate from her Husbands is impossible. That$11 million figure is probably far closer to their combined wealth than her personal fortune, but these days it is more likely that the twos finances are intrinsically linked. I feel it is best to look to her past to get a good idea of where her base comes from.

Michelle Obama was a practicing lawyer for many years before she quit to aid her husband in his bid for the Presidency. As mentioned earlier she was earning in excess of $212,000 per year with the University of Chicago Hospitals. Her Husband worked in law as well, specializing in civil rights law. They both did very well for themselves after graduating law school, and built up a respectable amount of wealth, both monetary and in assets, long before Barack ran for office in Illinois.

Michelle was on the board of Directors for a few companies before Barack’s run at the Presidency. Treehouse Foods paid her $51,000 a year, and her position on the Chicago Council on Global affairs came with a salary as well. When we add in investments we start to see the whole of the picture. It must be noted again that the other half of her wealth comes from her husband. Barack received more than $150,000 whilst a senator, and around $400,000 while president per year. In addition Barack is a published author, and his books have pulled in respectable royalties long before he became President.

Since leaving the White House the Obamas seem to be taking it easy. It is no surprise to me, it is considered the most stressful job in the country after all. But a look at their reputation tells me that should they see the need to expand their wealth it will be a very simple task for them. I hate to bring this up, but Michelle has a bit of a reputation as a fashion icon, I imagine there is some easy money top be made there should she so desire.

Where is Michelle Obama from?

Michelle Obama is from Chicago Illinois.

This time last year I cold have gone off into detail on the White House, and I would have had a blast bringing up the history, location and designer, but alas I cannot. really must take a look and see if there is a topic on Melania in the back end for me to get my chance. Regardless, Michelle currently lives on a boat, but after she is done living on the boat she will return to a lovely 8,200 foot home in the Kalorama District of DC. The house is amazing to look at.

What kind of car does Michelle Obama drive?

Michelle does not seem to own a car. She has not driven for herself in over eight years, though I expect that to change in the coming months.

What Does The First Lady do?

This is a tough question to answer. there are a variety of things that the First Ladies of the past have done, usually champion a crusade of some kind or another, but in terms of intrinsic duties they are first and foremost the hostess of the White house. They organize and attend official functions. In the last few decades First Ladies usually choose a cause, one that is non partisan, and fight for it. there is a substantial amount of tax capital tied up in these programs, and the First Lady receives that as an allotment. One First Lady has run for President, but I do not believe that that will become an important part of the position.

Overall, there is little that is mandatory, but the position of First Lady is one that holds tremendous influence and power. Especially for an unelected office.