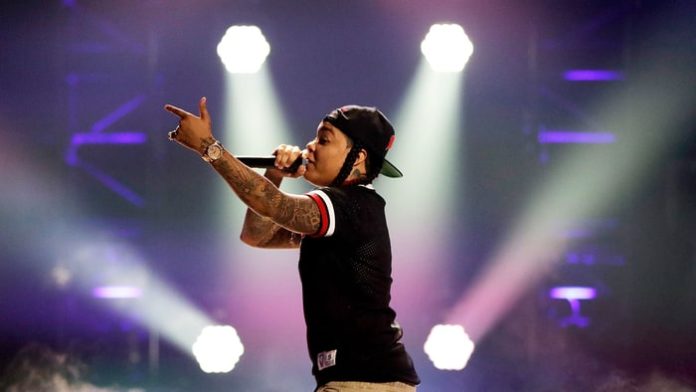 American rapper Katorah Marrero- better known as her stage name Young M.A., broke into the hip hop scene with her hit single, Ooouuu in 2016. Born in New York, she started to experiment with rap at the age of nine. When she was in her late teens, her brother was shot and murdered. Not wanting to walk down the same path as him, Young M.A. started to dedicate herself to her music. Having self-funded a recording studio, she began recording and uploading her own tracks in 2013.

As it happened, one of her beats, Brooklyn Chiraq Freestyle quickly went viral- garnering her instant fame overnight. Since then, Young M.A. has only continued to demonstrate both her creativity and versatility through her music.

From a casual rapper to a rising star, she has come a long way in the past few years. At just twenty four years old, her work has already turned her into a millionaire!

Let’s take a deeper look at her career and how she has earned her wealth.

How did Young M.A. Make Her Money and Wealth? 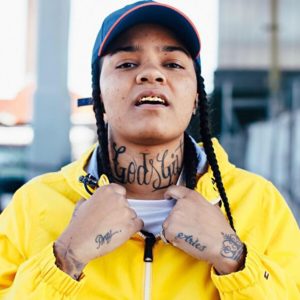 Born on April 3, 1992, in Brooklyn New York, Young M.A. started to rap at the tender age of nine; one of her fondest memories as a child was when she rapped nearby a corner store. After spending seven years in her hometown of Brooklyn, she and her family relocated to Virginia where she spent most of her teenage years. Growing up, she loved basketball and football and was often seen as a tomboy.

When she was seventeen years old, a tragic event led her to reconsider what she wanted to do in life. At the time, her brother had been shot and murdered after getting himself involved with the wrong crowd (e.g. he was a member of a local gang). Not wanting to walk down the same path as her brother, she decided to dedicate herself entirely to her music.

Having self funded a recording studio with the help of local music producers, she began recording and uploading her own rap beats in the summer of 2013. Some of her initial tracks included Kold World, OG Bobby Johnson, and Levels– these were all posted onto her official Youtube channel. Unbeknownst to her at the time, her career would soon take a sharp turn for the better.

As it happened, one of her songs, Brooklyn Chiraq Freestyle had gone viral on Youtube, having quickly accumulated millions of views online. Young M.A. became an instant sensation overnight. A big break for the aspiring rapper, the track ultimately earned her a sizable fan base.

In 2015, Young M.A. dropped a new track entitled, Body Bag. A smash hit, it garnered high praises from critics all around including those writing for Rolling Stone. The video has since been viewed over four million times on Youtube.

On March 15, 2015, the New York-based hip hop artist dropped her first mix tape entitled, M.A. The Mixtape. Self-released, it contained seventeen titles including Henny Dance, Hot Nigga, M.A. Bitch (Freestyle), No Trust, Girlfriend, and Kold World. Well received especially by fans, the tape served to further solidify her place in the hip hop realm. Since it was first made available, it has been streamed well over 470,000 times online.

A few months later on November 4, 2015, Young M.A. came out with her second mix tape, Sleep Walkin‘. Another self-release, it boasted thirteen tracks including the titles Through the Day, Brooklyn Poppin’, Get This Money, Quiet Storm, Karma Krys, and HennyNHoes. Even more popular than her initial effort, the mix tape has since been streamed more than 940,000 times. Considering her mix tapes’ popularity, it’s not unreasonable to say that they earned her a reasonable amount of cash in 2015.

On May 12, 2016, the young rapper received another huge break with the release of her debut single entitled, Ooouuu. Produced by U-Dub of NY Bangers fame, it was written by Young M.A. herself with the help of Matthew Norrish Jacobson. According to an interview that she conducted with Genius, the artist had allegedly recorded the track drunk, as that’s what she felt like doing at the time.

Nothing short of a successful debut, Ooouuu brought her widespread acclaim, launching her to the next level of fame. Her first song to reach the record charts, it ended up peaking at number nineteen on the Billboard Hot 100, and number five on the Billboard Hot R&B and Hip Hop Songs Chart; outside of the United States, the single also made it to number forty one on the Canadian Hot 100 Chart.

Met with high praise, Ooouuu has since been included in a number of “Best Of” lists including those written by Billboard, Pitchfork and Billboard. That year, it was also featured in Village Voice’s “Best Music in 2016” poll. On the same day of its release, a music video for Ooouuu was also uploaded onto her Youtube account. Since it was first uploaded, it has received more than 200,000,000 views.

Ooouuu is undoubtedly one of her highest-earning songs to this date- it would have easily yielded her a few tens of thousands of dollars.

Aside from her solo songs, Young M.A. has also collaborated with a number of other artists over the past years including Statik Slekah, C.A.S.H. Montana, Unckle Murda, Dae Dae, Young Thuf, and Project Pat. Some of her popular collab songs include that of Murder Game (2015), Hella Bars (2016), Thot (2016), and Spent It (Remix) (2016). The earnings from these titles would have nicely supplemented her income. 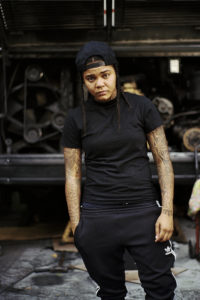 As a Youtuber with over 1,000,000 subscribers, a large portion of her income also comes directly from her Youtube videos. As you are probably already aware, artists are able to earn revenue through ads placed in uploads. On average, 2,000 views can earn upward of $2. Looking at Young M.A.’s channel, one can see that most if not all of her videos have garnered well over a million views. Let’s do a little math- for every 1,000,000 views, she can earn upward of $1000.

Seeing as how her music video for Ooouuu has been viewed more than 202,000,000 times, that works out to be a little over $200,000 in ad revenue- and that’s just from one of her songs! Altogether, Young M.A. has more than thirty different videos posted onto her channel- keeping everything in mind, it’s no wonder that she’s a millionaire.

While she hasn’t taken part in any television or film projects (as of yet anyway), she has been featured in a handful of TV programmings such as Verified (2016), The Tonight Show Starring Jimmy Fallon (2016), The Wendy Williams Show (2016), and 2017 MTV Woodies (2017). Considering her rising popularity however, it wouldn’t be surprising to see her break into the acting scene within the new few years.

Seeing as how she has millions of followers on social media, Young M.A. can probably earn a hefty amount from sponsorships alone on the platforms.

No, Young M.A. is not married. Regarding her sexuality, she has been open about the fact that she is a lesbian. In November of 2016, it was rumored that the talented rapper had started to date 22-year-old model, Tori Brinxx. In a posted Snapchat video, the two were allegedly spotted getting cozy with each other- at one point, Young M.A. even gave Brixx a peck on the cheek.

Prior to this, there were rumors about her being together with Nicki Minaj, although those claims have never been confirmed.

Does Young M.A. Have Any Children?

Where Did Young M.A. Get Her Name?

The rapper’s stage name holds a significant meaning; according to various sources, M.A. is a acronym for “Me, Always”- an important message telling young people to believe in themselves.

Did Young M.A. Go to College?

From what we can gather, Young M.A. did not go to college. She presumably started to work on her music career after graduating from high school.

Where Does Young M.A. Live? Pictures of Young M.A.’s House

Details about Young M.A.’s current residence has never been disclosed; we therefore do not have any pictures of her home to share with readers at this time. She presumably still lives in New York.

Although the amount is not exact, it is estimated that Young M.A. earned over $160,000 in 2016- mostly through her music and performances.

Since she first stormed into the hip hop scene, she has achieved over 336,000,000 views on her Youtube account and has accumulated more than 68,000,000 views on Facebook. At just twenty four years old, she has made herself known as one of the most talented rappers in the country.

It was just recently announced this past February that she will be embarking on a tour called the Issa Tour, with fellow hip hop artist, 21 Savage. The event has since kicked off on March 31, 2017 at Texas’ House of Blues.

With over 29 dates, the tour will bring Young M.A. to a number of cities across the country including Portland, Minneapolis, Indiannapolis, San Francisco, Los Angeles, and Anaheim, to name a few. Tickets are still available, be sure to grab them while you still can.