KOTA Longboards Update 2018 – What Happened After The Profit 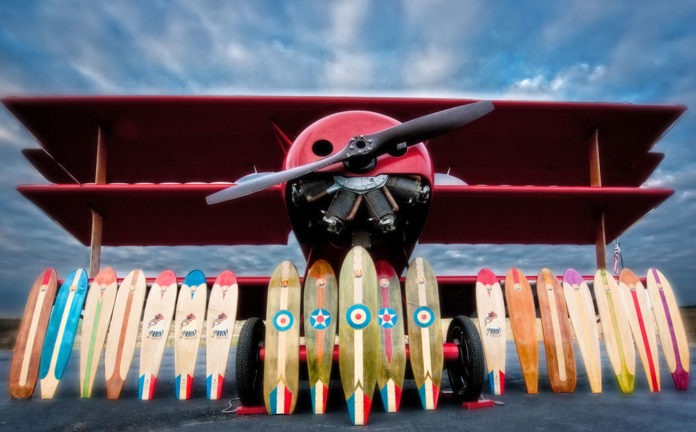 KOTA Longboards Before The Profit 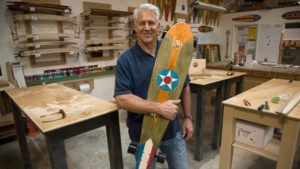 Mike Maloney is a former US Navy Pilot who wanted to create a business based off of something that was special to him. In 2012 he started KOTA Longboards in his garage with the hope that if he made the perfect product, longboarding would become a popular mainstream sport. However, it wasn’t just the sport that inspired him. There is meaning behind the business’s name

KOTA stands for Knights of the Air, which was a term coined in France during the 1900s. At the time, powered flight had only just been discovered. Pilots who flew planes during that time were brave and chivalrous men. People to be admired and looked up to.

Mike was inspired by these men and thus wanted to create a business based off of honor and integrity. He wants his product to be sleek and sophisticated. The best that the market has to offer. However, running a brand new business is no easy task. Mike began struggling to keep employees around and his method of production definitely limits his ability to make sales. Of course he refuses to give up though, and reaches out to Marcus Lemonis. KOTA Longboards is a business that means a lot to him and he’s hoping that Marcus will see the potential he knows the company has. All he needs is a little help to make it a well-oiled machine.

KOTA Longboards On The Profit

Before Marcus even shows up to the business headquarters, he knows right away that there is the potential for success here. The skateboarding market generates over $6 billion dollars annually, and he wants to help KOTA Longboards tap into that market so they can find more success. Marcus also takes a special interest in businesses that motivate people to get outside more, so he is really hoping that things will go over well after meeting Mike and taking a closer look at his company.

Shortly after meeting Mike, Marcus is pretty wary of his “plan of attack”. Mike claims that 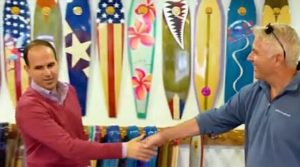 by not making shorter boards, he is taking part in hand-to-hand combat by going where the enemy isn’t. This doesn’t make all that much sense, considering this business plan is pretty much isolating him into one sector of the market which isn’t necessarily that popular.

The skateboarding demographic consists mostly of children raging from 9-15. Kids are going to need smaller boards that they can handle better, which is why Marcus thinks that KOTA Longboards needs to make a different sized board to reach a broader audience. Mike, however, disagrees.

To make one longboard it costs around $116 and they sell retail at $329 each. There is no denying the quality of the product. Each board has a finish unlike any of their competitors, but Marcus already knows that this is way too expensive a product and they need to lower the costs immediately. Mike thinks this is a reasonable price though, because he is convinced his customers are in the 30-75 age range. He imagines older people who are living an active lifestyle to be interested in his company.

While checking out the production line, Marcus discovers something pretty interesting (and also concerning). KOTA Longboards has been in business for three years, but none of the employees have been working for longer than 9 months. Additionally, the newest addition to the team, Josh, is also a partner. He has invested $50k of his own money into the business and shows up every day to work for free. Marcus can see just how much of an asset he is, but can Mike? 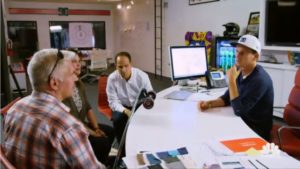 After seeing how the boards are made, Marcus sits down with Mike and his wife. They go through their finances and discover that the business is in pretty bad shape. About $1 million has been invested into it so far, and they aren’t really seeing any profits as of yet. This loss of money is really weighing down on them as a family. They are in desperate need of help.

The issue Marcus is seeing here is that their business is one dimensional. KOTA Longboards are the best quality, but they need to touch a wider market. Marcus knows he can bring it to this market, so he is willing to make them an offer. For $300k he wants 40% of the business. Of that 40%, he will take 25% for himself and then give 5% to Sandy, Chris, and Josh. His goal is to give these key contributors the equity that they deserve.

They take a little more time to address some concerns, but Mike ultimately ends up accepting the deal in complete understanding that Marcus is now running this ship.

KOTA Longboards Now in 2018 – The After ‘The Profit’ Update

Marcus ended up retracting his deal later on because he was turned off by the employee turnover. Chris had also left the business for unspecified reasons. That pretty much left Mike hanging out to dry on his own, but still he refused to give up on KOTA Longboards. The business is still up and running with their website available to potential customers (https://www.kotalongboards.com/). KOTA Longboards offers a few different styles for the 44″ boards. They have also added a smaller 40″ board as well.

In general, the product is still relatively expensive. There is currently a sale going on that 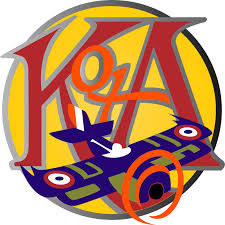 knocks down the original price from about $300 down to $230. This is definitely a little pricey, but Mike ensures his customers that they are purchasing a high quality product. In addition to selling longboards, KOTA Longboards has also started to sell some brand apparel. They have a few shirts and hats, along with some board accessories.

All in all, the business itself has been pretty quiet on the social media front. It seems like KOTA Longboards is a niche business that is at least doing well enough to stay operational. They have a good story behind them with a purpose that a lot of people can probably get behind. Hopefully Mike will be able to solve his employee problem in order to keep his business running the way he wants it to.