What Happened to Chris Kattan – Now in 2018 Update 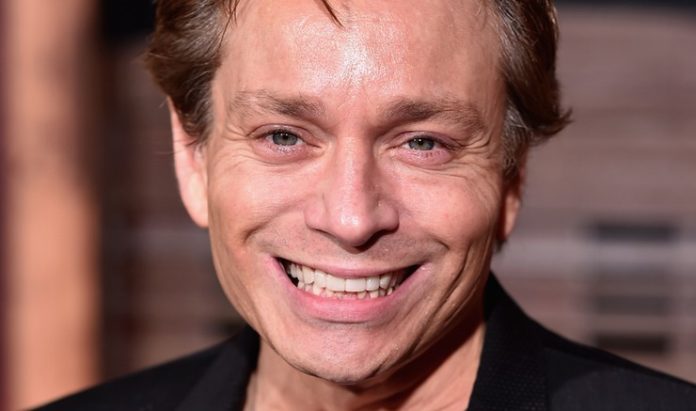 American actor Chris Kattan rose to fame as a cast member of NBC’s Saturday Night Live in the late 90’s. The son of a former model, he knew at a young age that he wanted to pursue a career in entertainment. Wanting to gain more experience in the art of comedy, he joined a number of improve troupes as a young adult, including The Groundlings- the same group that his father had been involved with back n the day. Eventually branching out to television, he made his movie debut in the comedy film, The Making of ‘…And God Spoke’ (1993) at the age of twenty three. As one role led to another, he later appeared as a store employee in the TV series NewsRadio (1995) and as a carnival barker in the romance comedy, Grace Under Fire (1996). In 1996, he relocated to New York City; shortly afterward, he received the biggest breakthrough of his career after being cast as a member on the popular sketch comedy, Saturday Night Live (1996).

Introduced in the 21st season, Kattan officially made his debut on th show in March of 1996. Quickly an audience favourite, he played a variety of characters including that of Azrael Abyss, Mr. Peepers, Gay Hitler, and Kyle Demarco, to name a few. Throughout his time on Saturday Night Live, he also performed sundry celebrity impressions including those of Ben Affleck, Andy Dick, Bill Gates, Anne Heche, Steve Irwin, and Alanis Morisette. Four years after his first appearance, Kattan’s work earned him a Teen Choice Award nomination for “Choice TV Personality” in 2000. After a seven-year-long career on the show, the comedian departed from SNL in the winter of 2003. Not only did it serve as a launchpad for his show biz career, but it also remains to be his most well remembered television role to this day.

What has the talented impressionist-turned actor been up to as of late? What new shows have he been featured in recently? Does he still actively perform stand-up? Can we expect to see him in any new movies this year? What happened to Chris Kattan? Where is he now in 2018? 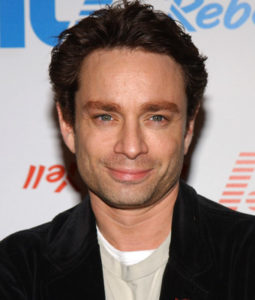 Born on October 19, 1970 in Sherman Oaks, Los Angeles, Chris Kattan (Birth Name: Christopher Lee Kattan) is the son of Kip King, a renowned voice actor and Hajnalka E. Biro, a former model and photographer; he is of Polish, Hungarian, and Iraqi descent. At the age of two, his parents divorced; his mother later remarried a Buddhist monk- he has a half-brother named Andrew Joslyn, a professional musician. Raised in the Mount San Antonio area just outside of Los Angeles, he later moved to Bainbridge Island, Washington with his family at the age of fifteen. As a student, he went to Bainbridge High School; he later graduated in 1989. Growing up, he always knew that he wanted to pursue a career in the entertainment industry.

Following his high school graduation, Kattan relocated to Los Angeles for greater opportunities in the comedy field. Not long afterward, he joined the LA-based improve troupe, The Groundlings- the same group that his father had been a part of many years ago. Eventually getting involved in acting, he made his feature film debut in the comedy, The Making of ‘…And God Spoke’ (1993), where he played as a movie goer. A couple of years later, he appeared in a television series for the first time in the romantic comedy, NewsRadio (1995) as an employee of a photo shop.

Prior to landing his big break, Kattan also appeared in an episode of Grace Under Fire in 1996. Little did he know at the time, that he would soon be cast in one of the country’s most popular sketch comedy series. 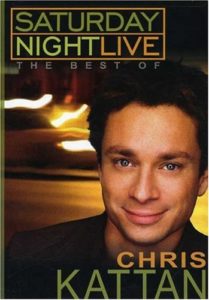 Offered a lucrative role on Saturday Night Live, Kattan officially joined the cast in March of 1996- he later made his first appearance in the show’s 21st season. Promptly recognized for his comedic talents, he effortlessly rose to fame in the late 90’s. One of the featured cast members, he played a number of characters such as Gay Hitler, Mr. Peepers, Azrael Abyss, Mango, and Kyle DeMarco, to name a few. During his time on the show, he also performed a number of celebrity impressions including those of Bill Gates, Kid Rock, David Spade, Queen elizabeth II, Adrian Pennino, Steve Irwin, and Clay Aiken, to name a few.

In addition, Kattan also rose to fame as the other half of the Butabi Brothers – two characters who were featured in the recurring sketch, The Roxbury Guys; fellow cast member Will Ferrell played as his partner in crime, Steve Butabi. Originally debuted on March 23, 1996, it told the story of how the two habitual clubbers attempted to pick up women while dressed in rayon suits; they are probably the most known for their trademark head bobbing. In 2000, Kattan was nominated for a Teen Choice Award for the category of “Choice TV Personality”.

After seven years on Saturday Night Live, it was announced that Kattan would be departing from the show in 2003- in total, he had appeared in well over 100 episodes during his multi-year career on the show. Responsible for propelling him into fame, it remains to be his best-remembered TV portrayal to this day. 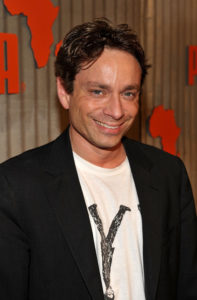 Besides his successful career as a comedian, Kattan has also made a name for himself as an actor. In the fall of 1998, he starred in the comedy film, A Night at the Roxbury– a movie based on a well-known skit from Saturday Night Live. Not only did he play one of the lead characters, but he also helped to co-write the script alongside Steve Karen and Will Ferrell. Produced by Amy Heckerling and Lorne Michaels, it revolved around two brothers, Steve and Doug Butabi with the dream of gaining access to the coolest club in town, The Roxbury. Playing alongside his fellow SNL cast mate Ferrell, Kattan reprised his role as Doug in the movie.

His feature film debut, A Night at the Roxbury was released in theatres on October 2, 1998. Filmed in Beverly Hills, California, it took in an estimated $9.6 million during its opening weekend. Although it garnered mostly negative reviews from critics, it ended up grossing more than $30.3 million worldwide in ticket sales.

A few years later, Kattan was cast in yet another lead role in Rob Pritts’ comedy, Corky Romano (2001). Produced by Robert Simonds, it starred the comedian as Corky Romano – a veterinarian who is forced by his mafia family to infiltrate the FBI in order to steal evidence that incriminates his father. Originally banished from the family following the death of his mother, it wasn’t until he received a phonemail from “Pops” that he learnt about his family’s underground connections. Aside from Kattan, Corky Romano also starred Vinessa Shaw, Chris Penn, Peter Berg, Richard Roundtree, and Peter Falk.

Released in theatres on October 12, 2001, the film earned over $9 million during its opening weekend- just a couple millions shy of its $11 million production budget. By the time it closed in February of 2002, Corky Romano had earned a worldwide total of $23.9 million- rendering it a modest commercial success.

Not long afterward, Kattan joined the main cast of Malcolm D. Lee’s action comedy, Undercover Brother (2002). Featuring a screenplay by Michael Mccullers, it tells the story of a man named Undercover Brother who comes to the rescue of a black presenting candidate after the latter is threatened by a powerful Caucasian man. Starring opposite of Eddie Griffin, who played the film’s title character, Kattan took on the role of Mr. Feather- The Man’s lackey who sticks by his side throughout the movie. Other cast members include Dave Chappelle, Denise Richards, Neil Patrick Harris and Aunjanue Ellis.

Filmed in Toronto, Ontario, Undercover Brother made its way onto theatre screens on May 31, 2002. By the end of its opening weekend, it had grossed over $12 million in the United States; altogether it drew in more than $38 million. Praised for its satire and laughs, it earned mostly positive reviews from critics; it currently has a rating of 77% on Rotten Tomatoes. 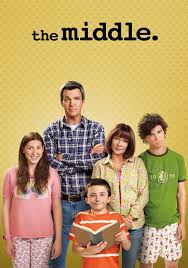 Eventually branching to television, Kattan joined the main cast of the ABC sitcom, The Middle in 2009. The brainchild of DeAnn Heline and Eileen Heisler, it depicted the Hecks- a middle class Indiana family who must face the daily struggles of work, and home life. Lead by matriarch Frances Heck and patriarch Michael Heck, the pair had three children Brick, Sue, and Axl (portrayed by Atticus Shaffer, Eden She, and Charlie McDermott respectively). While Patricia Heaten played as Frances and Neil Flynn as Michael, Kattan took on the role of Bob- Frances’ friend and co-worker at a vehicle company.

Originally introduced in the pilot episode, Kattan’s character was served as one of the series regulars for the first two seasons; he later reappeared as a recurring role in the third season. Premiered on ABC on September 30, 2009, The Middle proved to be popular among audience members, having constantly garnered over eight million viewers throughout its run. A long-running series, The Middle has since aired over 180 episodes; in fact, it was just renewed for a ninth season in January 2017- although Kattan will not be taking part in the show.

This year, Kattan will once again be hitting the big screens in the upcoming comedy film, How to Get Girls (2017). Directed and written by Omri Dorani, it will star the former SNL cast member as a character by the name of Mr. Fox; other featured actors include Chris Elliott, David Koechner, Kate Flannery, Peter Patrikios and Brian Anthony Wilson. Currently in post production, it will presumably be released sometime in 2017, although an exact date has yet to be announced.

Speaking of movies, he will also be starring in the mockumentary, The Bobby Roberts Project. Created under the direction of Tom Wilbeck and Bret Hudson, it will also be featuring Eric Roberts, Fred Willard, Jallel White, and Sabina Gadecki, among a few others. Also known as Bunker Hill, the movie is scheduled to comedy out on December 15, 2017.

If you’d like to stay connected with the recognized comedian and actor, you can do so by following him on social media- you can find Chris Kattan on Instagram at @chriskattanofficial or on Twitter at @Chriskattan.