What happened to Jim Belushi – 2018 Update 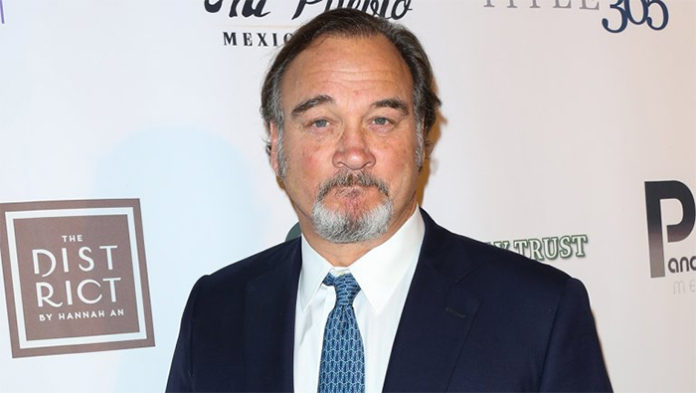 The younger brother of late John Belushi, Jim Belushi is best recognized for his role as James Orenthal in the ABC sitcom, According to Jim. Despite being the son of a renowned comedian, his rebellious streak as a teen often led him to trouble. It wasn’t until one of his high school teachers redirected his energy toward a school play, that he first discovered the joy of performing. In fact, he enjoyed the experience so much that he soon registered for the choir and drama club. Continuing with his newfound craft after his graduation, he started to study theater at the College of DuPage. Shortly after obtaining his degree, Belushi followed in his brother’s footsteps and joined New York’s Second City comedy troupe- little did he know at the time that it would ultimately launch his show biz career. At the age of twenty four, his talents were discovered during one of their routine performances by TV producer Gary Marshall; it eventually led him to his first television role in Who’s Watching the Kids? (1978).

From there, the aspiring actor eventually landed a lead role in the CBS sitcom, Working Stiffs (1979). Soon afterward, he also starred in a production of Sexual Perversity in Chicago at New York City’s Apollo Theater. Another theater role later, Belushi made his big screen debut in the crime action film, Thief (1981), where he played alongside Willie Nelson, James Caan, and Tuesday Weld. In 1982, a tragedy struck- Belushi’s older brother passed away from a fatal drug overdose. Albeit still recovering from the loss, the actor soon joined the cast of the popular sketch comedy, Saturday Night Live, which would later prove to be one of his most successful gigs. Capturing the hearts of audience members with his skillful impersonations, including those of Arnold Schwarzenegger and Hulk Hogan, his popularity soared exponentially throughout the early 80’s. His role in Saturday Night Live later earned him a Primetime Emmy Award nomination for “Outstanding Writing in a Variety Program” in 1984.

So what is the former Saturday Night Live cast member been up to since then? What new roles have the actor taken up as of late? Will we be seeing him in any new movies this upcoming year? What happened to Jim Belushi? Where is he now in 2018? 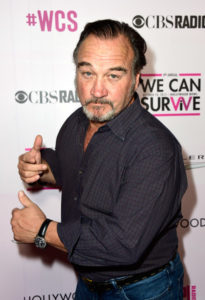 Born on June 15, 1954 in Chicago, Illinois, Jim Adam Belushi is the son of Agnes Demetri Samaras and Adam Anastos Belushi; the third oldest out of four siblings, he has an older brother named John (who has since passed away from a fatal drug overdose), an older sister named Marian, and a younger brother named Billy. Born and raised in the Chicago suburb of Wheaton, he often ran into trouble as a rebellious teen; often colliding with the law, his mischievous acts at the time ranged from him driving underage to stealing gas. It wasn’t until one of his high school teachers at Wheaton Central High School redirected his attention to a school play, that Belushi started to get himself out of trouble.

Following a successful audition, Belushi later took part in the school production- it was then that he first discovered his love for performing. Shortly afterward, he joined both the school choir and drama club. After graduating from high school, the Chicago-native went to the College of DuPage where he studied theater and speech. From there, he eventually attended Southern Illinois University, from which he later earned his art’s degree.

After graduating from university, Belushi decided to follow in his brother’s footsteps and join the Second City comedy troupe. Unbeknownst to him at the time, it would ultimately kick start his career in the show business. A year after joining the group, he caught the attention of TV producer Gary Marshall during one of their performances; impressed by his performance, Marshall later offered Belushi a role in his upcoming NBC sitcom. Thus, at the age of twenty four, the aspiring entertainer made his small screen debut in Who’s Watching the Kids? (1978).

Following his fateful encounter with Garry Marshall, Belushi appeared on television for the first time in the NBC sitcom, Who’s Watching the Kids? (1978). Produced by Don Silverman, and Anthony W. Marshall, its plot centered around two showgirls, who work and live together in Las Vegas with their younger siblings. While Caren Kaye and Lynda Goodfriend played the roles of Stacy Turner and Angie Vitola respectively, Belushi was cast as Bert Gunkel- a klutzy cameraman who works at a local TV station; he made his first appearance in the series’ pilot. The actors were also joined by Scott Baio, Tammy Lauren, Larry Breeding, and Marcia Lewis.

Originally premiered on September 22, 1978, its ratings were sadly a disappointment. After nine episodes, Who’s Watching the Kids? was cancelled by NBC. Despite being short lived, it ultimately offered Belushi his first role on television. 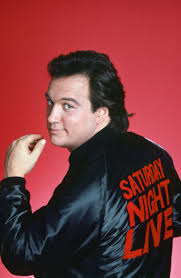 Shortly afterward, the actor landed another role in the CBS sitcom, Working Stiffs (1978); however much like his initial effort, it was cancelled by the network after only a handful of episodes. Deciding to take a short break from television, Belushi spent the next couple of years performing in a couple of stage productions at New York City’s Apollo Theater, one of which was Sexual Perversity in Chicago (1979). Just a few years later, tragedy struck- his older brother Jim had passed away from a fatal drug overdose.

Despite the fact that he was still recovering from the loss, Belushi soon joined the cast of the  popular sketch comedy, Saturday Night Live (1983)– the same show that his brother had starred in prior to his death. Quickly becoming an audience favourite, he led everyone to laughter with his superb impersonations including those of Arnold Schwarzenegger and Hulk Hogan. Additionally, he also portrayed various characters such as “That White Guy” and Hank Rippy. The big break that he had been waiting for, Saturday Night Live eventually netted him a Primetime Emmy Award nomination for “Outstanding Writing in a Variety Program” in 1984.

Other Highlights from James Belushi’s Career 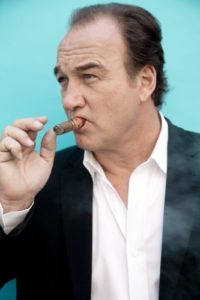 Following his time on Saturday Night Live, Belushi played a series of small roles in the movies The Man with One Red Shoe (1985), Little Shop of Horrors (1986), Salvador (1986), and The Principal (1987). Finally in 1989, the former SNL cast member landed his first major role on film in the action comedy, K-9.

Directed by Rod Daniel, it entered around an ill temperated San Diego Police Officer who must enlist the help of a canine to help stop the antics of an elusive criminal. Portraying the principal character, Belushi played as Michael Dooley- the bad tempered PD in question. As the plot unfolds, Dooley eventually finds himself tagged for execution by an infamous drug lord. Other members of the cast include Mel Harris, Ed O’Neill, Kevin Tighe, Jame Handy, Daniel Davis, and Sherman Howard.

Released theatrically on April 28, 1989, the Universal Studios Film ended up becoming a huge success at the box office, having grossed over $78 million from a budget of $17 million. Although some viewers felt that the plot was cliche, Belushi’s performance in the film garnered him much praise from critics, such as Kevin Thomas writing for the Los Angeles Times. The actor would eventually go on to reprise his role in the sequels, K-911 (1999), and K-9: PI (2002), both of which were released via home video.

A series of films later, Belushi received another big break in 2001 when he was given his own sitcom, According to Jim on ABC. Created by Jonathan Stark and Tracy Newman, it revolved around the life of Jim Orenthal- a lovable father of three, who often lands himself in sticky situations due to his laziness. His wife, Cheryl Orenthal, was portrayed by actress Courtney Thorne-Smith. The rest of the main cast consisted of Kimberly Williams Paisley, Larry Joe Campbell, Taylor Atelian, Bill Bruno, and Conner Rayburn.

Originally premiered on October 3, 2001, According to Jim immediately proved itself to be a huge success. During its first season, it attracted an average of ten million viewers every week. One of his best remembered TV series, it ran for close to 200 episodes, from 2001 until the summer of 2009- all of which featured his character. Immensely popular, the sitcom ultimately earned four Primetime Emmy Award nominations throughout its run for its outstanding cinematography.

In 2010, Belushi landed a role in the CBS legal comedy drama, The Defenders. The brainchild of Niels Mueller and Kevin Kennedy, it depicted the story of two defence attorneys who strive to balance their work lives with their personal live in Las Vegas, Nevada; it is based loosely on the real lives of Marc Saggese and Michael Cristalli. Playing as one of the main characters, Belushi portrayed the role of Nick Morelli- an attorney who is very passionate about his work; he is also the work partner of Pete Kaczmarek (played by Jerry O’Connell). Aside from the two actors, The Defenders also featured Tanya Fischer and Jurnee Mollett-Bell.

Premiered on September 22, 2010 on CBS, The Defenders received fairly positive reviews from viewers. In 2011, it also received a nomination for a People’s Choice Award for “Favourite New TV Drama”. Although the network originally intended for it to have a 22-episode season, it was eventually cancelled on May 15, 2011, presumably due to low viewership ratings.

Belushi has a lot of upcoming projects this year- one of which is the new drama film, Sollers Point (2017). Written and directed by Matthew Porterfield, it will tell the story of a drug dealer who is under house arrest at his parent’s home in Baltimore. Starring opposite of McCaul Lombardi, who will be playing the part of the small time drug dealer, Belushi will be portraying the role of his on-screen father, Carol. No official release date has been announced, however it will presumably come out sometime later this year.

Some of his other upcoming projects include the films, A Change of Heart, Wonder Wheel and the animated TV movie, Hey Arnold: The Jungle Movie.

If you’d like to keep in touch with the 62-year-old veteran actor, you can do so by following him on social media- you can find Jim Belushi on Twitter at @JimBelushi or on Instagram at @Jim_Belushi.