Manuel Neuer Net Worth 2018 – How Rich is the Star Goalkeeper 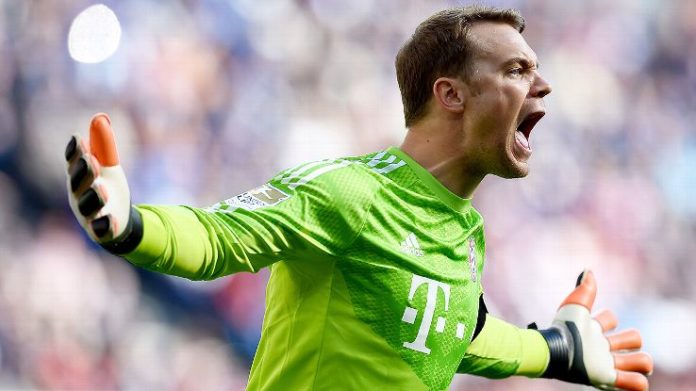 Ah, Manuel Neuer. Few goalkeepers can claim his stats, and his offensive, sweeper keeper style of play has landed him in the number one spot on the IFFHS World’s Best Goalkeeper awards for the last four years. He has been a top level keeper for the last decade, and it finally gives me a good reason to use the word wunderkind in a sentence and have it make perfect, literal sense. He began his career playing for the German side Shalke 04, first in their youth division from the age of 7, and aged through their system, landing himself the starting goalkeeper position with their top team in 2006. Since then he has played for a variety of teams, and even at the national level. He was part of the 2010 and 2014 German international team, and we should all know how well Germany did in both of those tournaments. But this article is focused on how he makes his money, and how much of it he has. Footballers of all positions have many avenues regarding income.

So let’s take a look at his career and how he makes his money.

How Did Manuel Neuer Make His Money & Wealth?

Neuer has been on the field in some form or another for the majority of his life. He played for all versions of Shalke 04 growing up, his local team, beginning at the age of 7. Even then he was skilled, and it was only a few short years before he was on the pitch for a professional team, the Shalke 04 II, then a third division back up team for Shalke 04. He performed as well as could be expected, and was soon transferred to the primary squad. He left Shalke 04 in 2011 to play for rival team Bayern Munich, likely as a result of his amazing performance at the 2010 Fifa world cup. Since then he has made a name for himself as the best goal keeper in the world, combining an aggressive pro-active style with excellent predicative abilities. His performance at the 2014 World cup is something to see, only one goal was scored against him the entire tournament, and that was by Brazil in that infamous 7-1 German victory.

It is no surprise then that a player of this caliber makes the big bucks. What I find interesting is that even when you are considered the best keeper in the world your pay grade is about a half of the best goal scorers. He currently makes $163,000 weekly at Bayern Munich. By no means a low figure, but when Wayne Rooney is pulling in $300,000 or so you begin to see my point. I love that footballers get paid weekly, or at least that their grade is rendered weekly, it’s been that way for decades, and is a result of football players being ordinary working joes for so long, same as everyone else. It looks a bit farcical now, but still. He’s been in the $100,000 pay grade for a fair number of years now, and when we add in clean sheet bonuses, getting paid extra for conceding no goals, that $10 million figure is getting closer.

There are a number of other income sources for Neuer, not least of which is the endorsement deals. All the info I can find points me to a far higher figure than the quoted $10 million on up the page too. I feel it is better to er on the side of caution, but when you add in social media money you begin to see a figure far closer to $50 million than 10.

No, Manuel Neuer is not married. he was in a long term relationship with Model Kathrin Gilch, but that appears to be broken as of 2017. There is no reference to Neuer seeing anyone new.

Where is Manuel Neuer from?

Neuer was born Gelsenkirchen, west Germany, before the fall of the Berlin wall and the reunification of Germany in 1989.

What awards has Manuel Neuer won?

Neuer has won numerous awards throughout his career. He was part of the Bayern Munich Squad for their last four league wins, a member of the 2014 German world Cup victory and has been voted the best goal keeper in the world for the last 4 years running. He routinely places highly in all of the major best player of the year awards, last year placing third for the 2014 Ballon d’Or. 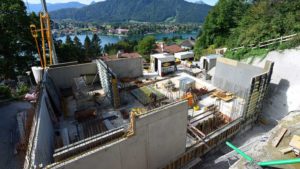 Manuel Neuer is in the process of building a large glass house in Rottach, Germany, on the banks of the Tegernsee lake. The locals in the area have already started complaining about the presence of such a high profile star. Fans have been flocking to the site, leaving trash and other things strewn around the otherwise idyllic area. I will be interested to see what the place looks like when it’s done. For now, we have a picture of the foundations.

What kind of car does Manuel Neuer drive?

Neuer has many cars, but I can only find him driving two, both Audi. The Q7 and the RS6. He got the RS6 for free, after Audi signed a deal with Neuer’s club, Bayern Munich in 2013.

How Many Goals has Manuel Neuer Scored?

Manuel Neuer is a keeper. granted he’s a more aggressive goal keeper than is usual in the sport today, but none the less he seldom comes far enough off his line to be in a position to score.

How much was Manuel Neuer ‘s transfer Fee?

Manuel Neuer was transferred from Shalke 04 to Bayern Munich for an estimated $36 million. While it made him the second most expensive goal keeper of all time, after Gianluigi Buffon, Juventus’ current keeper, it pales in comparison to the hundreds of millions paid for some of the top talent in the sport. To my mind Bayern bought themselves a bargain, though pundits at the time were skeptical regarding the move.

How much does Manuel Neuer make in a week?

What record did Manuel Neuer break his first weeks at Bayern Munich?

A few short weeks after being signed by Munich Neuer claimed a record for time in goal without any goals being scored, at well over 1000 minutes.