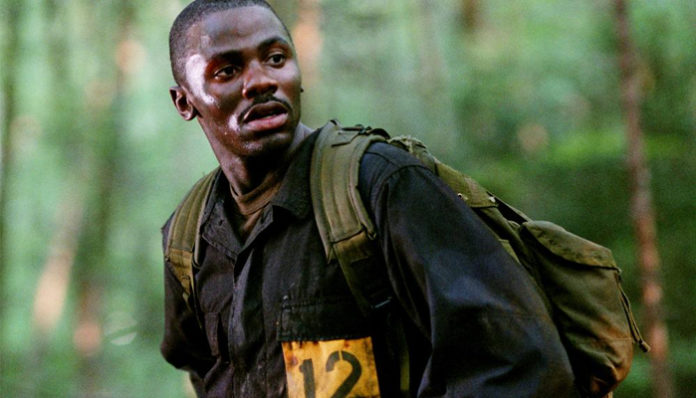 American actor Derek Luke first made himself known in the biographical drama film, Antwone Fisher (2002). As a young boy, he learnt how to act at a young age; he later studied at a Jersey City performing arts school in his teens. Deciding to pursue a career in acting, he enrolled at Jersey State College promptly after his high school graduation. A few years later, he made a big move to Los Angeles- the country’s entertainment capital with high hopes of one day making it big as a star. Despite his determination, breaking into the show business proved to be difficult. In 1999, he finally landed his first official acting role in the comedy series, The King of Queens where he played the role of a delivery man. The following year, he made an appearance in the teen drama Moesha (2001), prior to receiving a big break with the film, Antwone Fisher (2002), which also served as his motion picture debut.

A moderate box office hit, the movie garnered him a considerable amount of attention as a new actor. For his portrayal of the title character, Luke also received his first industry award, an Independent Spirit Award for Best Male Lead in 2003. Having served as a launchpad for his career, it remains to be his most well remembered role on the big screen to date. Brought to a new level of fame, he later co-starred in the action drama film, Biker Boyz (2003) alongside Orlando Jones and Laurence Fishburne. From there, the New Jersey-born actor went on to appear in Spartan (2004), Friday Night Lights (2004), Glory Road (2006), Lions for Lambs (2007), and Miracle at St. Anna (2008)– the last of which earned him a Black Reel Award nomination and an Image Award nomination. Since then, he has appeared in well over half a dozen films including Madea Goes to Jail (2009), Captain America: The First Avenger (2011), Seeking a Friend for the End of the World (2012), and Baggage Claim (2013).

Like many actors, he has also established himself on television. In 2009, Luke was cast as the lead protagonist in the NBC series, Trauma. Following that, he also starred in the medical drama, Hawthorne (2011). Additionally, he has appeared as a recurring character in the shows The Americans (2013), and Empire (2015). Speaking of television, Luke has been featured as a guest on several talk shows such as The Late Late Show with Craig Ferguson (2006), Tavis Smiley (2006), Entertainment Tonight (2008), Lopez Tonight (2009), The Late Show with James Corden (2015), and The View (2015). Altogether, his filmography boasts thirty different acting credits.

What happened to the New Jersey-based actor since then? Given his prior success, will he be starring in any new films this year? What about television? Has he appeared in any TV series as of late? What does he have in store for us? What happened to Derek Luke? Where is he now in 2018? 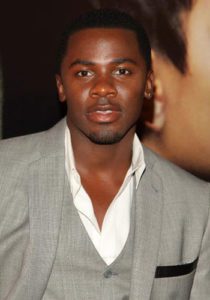 Born on April 24, 1974 in Jersey City, New Jersey, Derek Luke is the son of Maurice Luke, a former London actor and Marjorie Dixton, a professional pianist. After his parents divorced when he was in third grade, he and his brothers were raised single handedly by their mother. As a single mother with three children however, the family often struggled financially. Despite this, Luke had several role models in his life including his uncles whom he were very close to. Frequently moving around as his mother tried to make a living from her musician’s salary, Luke attended half a dozen schools prior to settling at a performing arts school called Hendry Snyder in Jersey City; he eventually graduated in 1992.

Deciding that actor was what he wanted to pursue, he subsequently attended Jersey State College where he studied drama and acting. After a few years of honing his skills, he packed his bags and moved to the country’s entertainment capital, Los Angeles, more determined than ever to one day make it big in Hollywood. In spite of his determination, breaking into the show business proved to be difficult. In order to make ends meet initially, Luke picked up several odd jobs including working as a gift shop employee.

In 1999, the then twenty something year old landed his first television role in the comedy series, The King of Queens. Although he only ended up appearing in two episodes, it marked his grand debut on the small screen. Two years later, he played a small role in the popular teen drama, Moesha (2001). 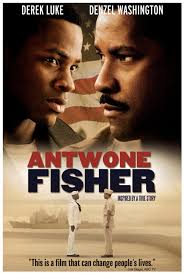 In 2002, Luke finally received a big break with Denzel Washington’s biopic film, Antwone Fisher. Inspired by a true story, it starred the actor as the movie’s title character, Antwone Fisher- a quick tempered young man who is serving as a servicemen in the US Navy. Left at an orphanage after his birth, he spent the majority of his life in a foster home run by a cruel, physically abusive couple. Wanting to get out of life on the streets, he ultimately decides to join the Navy. Not only was it his first major acting role, but the film also served as his motion picture debut.

Despite his relatively thin resume at the time of the filming, his portrayal of the troubled young man earned him high praise from both critics and viewers. Released on December 19, 2002, Antwone Fisher took in $210,000 during its limited theatrical release; it later went on to gross over $21 million domestically, successfully recouping its production costs of $12.5 million. Responsible for kicking off his acting career in the early 2000’s, it eventually also earned him a BET Award, two Black Reel Awards and an Independent Spirit Award for Best Actor.

To date, the 2002 biographical film remains to be one of the biggest highlights of his career. 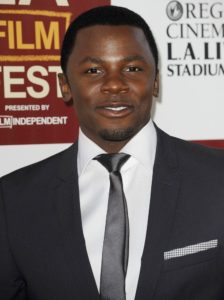 In 2006, a few years after his big break, Luke found himself playing the lead protagonist in the biographical thriller, Catch a Fire. Directed by Philip Noyce, it revolved around a police officer and a young man in Apartheid South Africa. Inspired by true events, he played the part of Patrick Chamusso, a member of the African National Congress party. Joining him were Tim Robbins, Marius Weyers, Bonnie Henna, and Tumisho Masha, among others.

Although the film ended up being a commercial bomb, having only grossed $5.7 million from a $14 million budget, reviews from critics were primarily positive. As well, Luke’s portrayal of Chamusso also earned him a Black Reel Award nomination and a Satellite Award nomination for Best Actor in a Motion Picture Drama.

In 2008, he worked with director Spike Lee in the epic war film, Miracle at St. Anna. Set in Europe during world war II, it depicted the story of a group of soldiers who seek refuge in a small village, where they eventually bond with the residents. Based on a novel of the same title by James McBride, it starred Luke as Staff Sergeant Aubrey Stamps, one of the four soldiers from the 92nd Infantry Division; he is often referred to as the leader of the group. Other actors include Pierfrancesco Favino, Omar Benson Miller, Michael Ealy, and Laz Alonso.

Distributed by Walt Disney Studios, Miracle at St. Anna was released on September 26, 2008. Despite its well intentions however, the movie received mostly negative reviews upon its release. Still, some critics such as Eric D. Snider lauded the film for its remarkable writing. Another standout piece of work from Luke, it later garnered him yet another Black Reel Award nomination and an Image Award nomination.

The following year, Luke landed his first major role on television in the NBC series, Trauma (2009). Produced by Steven Sassen, it centered around the lives of a group of paramedics working in San Francisco. Playing alongside Cliff Curtis, Anastasia Griffith, Kevin Rankin, Aimee Garcia, and Taylor Kinney, he starred as Cameron Boone- a paramedic paired up with Tyler Briggs (played by Rankin); while the two often bicker over trivial things, they have a relatively good relationship at work.

Originally premiered on September 28, 2009, Trauma received primarily positive reviews from viewers. Although NBC initially announced that the series would consist only of thirteen episodes, it was later extended eighteen episodes. Despite its popularity among audiences however, the show was eventually cancelled after the first season.

That same year, Luke was also a member of the main cast in the comedy drama film, Madea Goes to Jail (2009). Based on a play from 2006, it followed the title character as she goes behind bars for her uncontrollable anger issues. While Tyler Perry portrayed the role of Madea, Luke played as Joshua Hardaway- an assistant district attorney. Beside the two actors, the movie also featured RonReaco Lee, Ion Overman, and Keshia Knight Pulliam.

Released on February 20, 2009, Madea Goes to Jail ended up being a huge success, having grossed more than $41 million during its opening weekend, which put it at number one at the North America box office. By the end of its theatrical run, it had taken a total of $90.5 million in the domestic market. Another role worthy of praise, it garnered Luke his third Black Reel Award nomination for Best Supporting Actor.

Back on television, Luke joined the main cast of the TNT medical drama, Hawthorne in June of 2009. Created by John Masius, it revolved around the events that happened in a fictional hospital called Richmond Trinity Hospital. Playing as one of the many physicians, Luke portrayed the role of Dr. Miles Bourdet- one of series regulars in season three; first introduced in episode one, he ended up appearing in a total of eight episodes.

Until March of 2017, Luke was portraying one of the main characters in season three of the police drama, Rogue. Playing the role of a man by the name of Marlon Dinard, the owner of a chandelier store who happens to be the head of a hang, he appeared in a total of 20 episodes. Other cast members include Sarah Jeffery, Thandle Newton, and Cole Hauser.

This year, the New Jersey-based actor also made an appearance as a member of the ensemble cast of the Netflix mystery series, 13 Reasons Why (2017). Based on a novel of the same name, it stars Luke as Kevin Porter. The teen drama was released via the online video streaming site on March 31, 2017.

Aside from those two shows, Luke doesn’t seem to have anything other projects planned- that’s been announced on IMDb anyway. We’ll keep you updated.

If you’d like to stay in touch with the 42-year-old actor, you can do so by following him on social media- you can find him on Twitter at @actorderekluke.