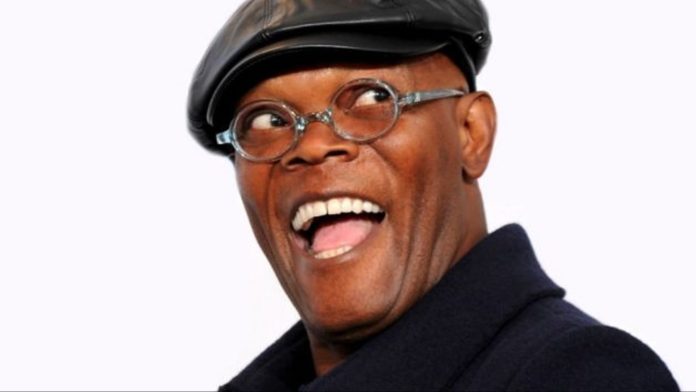 I would like nothing better than to drop MF-bombs all over this article, but I asked the powers that be and was told that I’m not allowed. So you’ll have to add them yourself in post. Samuel L Jackson is one of the most popular and most successful actors working in Hollywood today. He has been getting high paying work on a consistent basis for near enough thirty years, and it is easy to see why. He brings a gravitas to his performances. he can play threatening with the best of them, and he can play pain. A look through his back catalog reveals a niche, no denying that, but I think it is at least arguable that there is a surprising amount of range here. How he makes his money is no secret. Successful actors are like rock stars in this regard, the money comes in the millions when the roles are as big as they are.

Regardless, let’s take a look through his life, see where he made his money, and where we can expect to see him in the future.

How Did Samuel L Jackson Make His Money & Wealth?

Samuel L Jackson was born in Washington DC, in 1948, but he soon relocated to Tennessee. He grew up in Chattanooga, where he attended several racially segregated schools. He attended Morehouse College in Atlanta, intent on being a marine biologist, before switching major to study acting. It some ways he had been acting his entire life, as a child and young adult he had a stuttering problem. His solution was to pretend to be someone who didn’t stutter, pretty clever.

His time in college was marred by the assassination of Martin Luther King Jr. Jackson was very active in the civil rights movement as a student, though his methods would be considered extreme these days. He felt that the methods used by Dr King were ineffective in achieving social change, and he tended to espouse the rhetoric of the Black Power movement. In 1969 he, and several other students, held the Morehouse College Trustees hostage, to get them to change the college’s policies. It worked, though Jackson was suspended after he was convicted of second degree felony charges. He eventually returned to finish his degree.

Jackson’s early career is fairly unremarkable. He drifted from job to job, never gaining much in the way of recognition. He must have had talent, the chops he has these days didn’t spontaneously grow in the nineties after all, but you would be hard pressed to find him in a major role prior to 1990. It was his performance in the 1992 film True romance, whose script was written by Tarantino, that brought him to the attention of the man himself. Tarantino loved his work, and wrote the part of Jules in Pup fiction especially for Jackson. Jackson has stated that the feeling he got from being told this part was written for him was unlike any he had had in the past. That kind of self importance.

Though Samuel L Jackson appeared prominently in many films in the early nineties, not least of which was Jurassic Park, it was Pulp Fiction that propelled him to stardom. He became a go to actor for Tarantino, and I think it is safe to say that Jackson would not have made nearly as much money were it not for his frequent collaborations with the famed director. Samuel L Jackson is literally the most bankable star on the planet right now. His films have grossed over $4.9 billion, with an average of $69.1 million made per film. It is this that allows him to ask for and receive the big bucks in whatever film he is in.

The vast majority of Samuel L Jackson’s wealth comes from his work in film. It is likely that he also has endorsement deals, and business concerns allover the world, but I cannot find any direct links.

Yes, he is. Samuel L Jackson married LaTanya Richardson in 1980, long before he hit big. She is also an actor with her career hitting its stride in the early nineties. Most recently she appeared in Luke Cage for Netflix, as Maybelline “Mama Mabel” Stokes, in the episode Manmifest. I found her performance highly enjoyable.

Does Samuel L Jackson Have any Children?

So far as I can tell Samuel L Jackson has one child, a daughter named Zoe Jackson. She was born in 1982, and is 35 years old. She is currently working as a producer in LA.

Where is Samuel L Jackson from?

Samuel L Jackson is from Washington DC, but he grew up in racially segregated Tennessee. Not a great place to grow up. 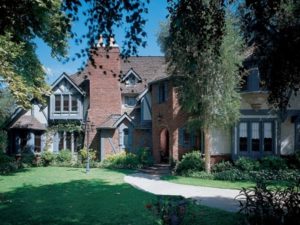 Samuel L Jackson lives in a Tudor style home in the San Fernando region. He bought the property in the mid nineties for $8 million. He also owns a deluxe apartment in New York city.

Was Samuel L Jackson really a member of a Black Power organization in the sixties?

So far as I can tell he was. The actions undertaken by Samuel L Jackson and others in the sixties would, if done today, be tantamount to terrorism. It really shocked me. He held members of the Morehouse College board of Trustees hostage for little over a day. He served time for it, so fair enough, but it was still weird to read about. It is likely that Jackson would have been in a much worse situation were it not for the actions of his mother. She was informed by the FBI that if Jackson continued on the path he was on with the Black Power movement he would wind up dead. So she sent him to Los Angeles. I feel like there was a sitcom like this once.