Macklemore Net Worth 2018 – How Much He Makes Per Show & Overall 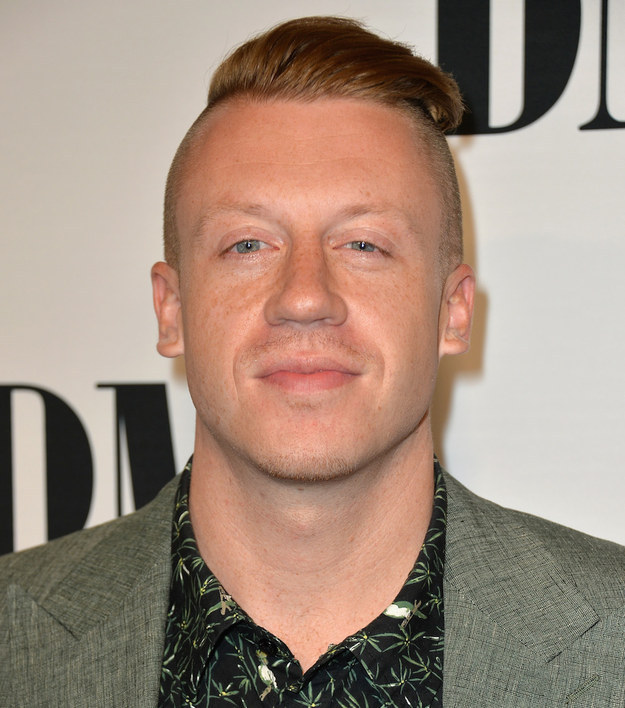 Benjamin Hammond Haggerty- better known as Macklemore, is probably best known for his collaboration with Ryan Lewis. Born and raised in Washington, he came into contact with rap music at the age of six. By the time he was fifteen, he was penning his own rhymes and lyrics. Eventually going on to record his own tracks, he released his first EP, Open Your Eyes in 2000. A few years later, Macklemore’s subsequent debut album, The Language of My World was released in 2005.

An emerging artist in the early to mid 2000’s, little did he know at the time that he would one day be apart of one of the most recognized hip hop duos in America. Since he first met his future music partner, Ryan Lewis in 2006, the pair have taken the scene by storm.

Nowadays, it is approximated that Macklemore has a net worth well in the millions. To see how he accumulated his worth over the years, let’s take a look at his music career.

How did Macklemore Make His Money and Wealth?

Born on June 19, 1983 in Washington, Macklemore (Real Name: Benjamin Hammond Haggerty) spent most of his youth in the city of Kent. Growing up, he took a fondly to various hip hop groups such as Digital Underground and Kris Kross. By the time he was fifteen, he was already writing his own rap lyrics.

While in high school however, Macklemore eventually started to get involved with heavy drug and alcohol use. With the help of his parents, he was later able to curb his addition after moving to a different school. After graduating from high school, he went to Evergreen State College; ultimately it was during his time there that he released his first extended play, Open Your Eyes.

On January 1, 2005, the aspiring artist dropped his debut studio album dubbed, The Language of My World. Made available via digital download, it marked the beginning of his official hip hop career. Although it didn’t earn him a killing, seeing as how he was still relatively unknown at this point, the album did go on to sell approximately 15,000 copies- which is still fairly impressive.

In 2006, Macklemore became acquainted with a teenage deejay by the name of Ryan Lewis. Deciding to team up, they made numerous guest appearances together prior to releasing an EP in 2010 by the title of Vs. Redux EP. Instead of opting to go the traditional route, which included signing with a recording label, the pair decided to work on their debut independently- relying on word of mouth, and their own business savvi-ness.

Continuing to work with Lewis, the two aspiring musicians came out with their long awaited debut album, The Heist on October 9, 2012. Despite the fact that it was self-produced, released, and recorded by the duo, it proved to be a significant commercial success. Within the first week, more than 78,000 copies were sold in the United States, which put it at number two on the US Billboard Top 200 and at the top of the Top R&B Albums record chart.

Macklemore and Ryan Lewis’ breakthrough into the hip hop world, it has since sold more than 1.5 million copies domestically as of 2016. Not only did it break into the US music charts, but it also charted in Australia, Canada, France, New Zealand, the UK, and Ireland- garnering the pair international recognition. Given glowing reviews from critics, it was hailed as one of the best studio albums of 2012 by critic Robert Christgau. In January 2014, The Heist received a prestigious Grammy for the category of Rest Rap Albums (among two nominations).

The pair’s most successful album to date, it is said to have yielded the two approximately $1.5 million in profits. Even if Macklemore and Ryan Lewis were to split the earnings, they would have easily pocketed $750,000 each- an amount that would typically take an average individuals years to earn in an office job!

The Heist eventually spawned five hit singles- all of which remain to be some of the duo’s most popular tracks to this day. For instance, the album led to the release of 6x Platinum, Can’t Hold Us (Ray Dalton), the Diamond certified Thrift Shop (Feat. Wanz), the 3x Platinum, Same Love (Feat. Mary Lambert), and the 2x Platinum, White Walls (Feat. Hollis and Schoolboy Q). Altogether, the sales from these records would have easily yielded the artists millions upon millions of dollars.

On February 26, 2016, Macklemore and Ryan Lewis released their second full length album dubbed, This Unruly Mess I’ve Made. Upon its release, the title entered the US Billboard Top 200 at number four, with over 61,000 sales witin the first week; additionally, it also debuted at the top of the US R&B and Hip Hop Albums Chart. According to Niel SoundScan, it has sold more than 667,000 copies across the globe as of 2016.

Although reviews were generally mixed, This Unruly Mess I’ve Made ended up not only boosting the artists’ popularity in the United States, but internationally as well- for it also charted within the top 10 in Australia, Austria, Canada, Germany, Ireland, Switzerland, and Belgium. The album eventually produced two singles, Downtown, and Dance Off, the first of which peaked at number twelve on the Hot 100 Chart.

Seeing as how Macklemore spent most of his music career working with Ryan Lewis, most of his earnings over the years also came from their collaborations together.

Still, a small amount of his net worth has stemmed from his solo music career. Aside from his solo debut album, The Language of My World that was mentioned above, he has put forth a number of addition records. Most recently in 2016, he released two singles, Wednesday Morning and Drug Dealer– the latter of which peaked at number fifty six in Canada.

Aside from that, Macklemore has also made several guest appearances in the works of Abyssinian Creole, The Physics, Blue Scholars, CunninLynguists, and Geolic, to name a few. Some of said titles include Close Your Eyes, If Only, Crushes Heaven, Soup Steels, What They Came Here For, and Tommy Chong.

As far as concert shows go, Macklemore also performs on stage numerous a year. How much does the artist earn per performance? Although the exact figure is unknown, many have speculated online that he can take in anywhere from $200,000 to $300,000 per performance.

Of course, it’s given that Macklemore and Ryan Lewis have hit the roads a handful of times during the past few years, considering their platinum-selling status. So far, they’ve held three tours, The Heist Tour from 2012 until 2013, The Fall Tour from 2013 until 2014, and most recently, the This Unruly Mess I’ve Made Tour in 2016.

As a celebrity, Macklemore has also earned many thousands from various endorsement deals. In the past, he’s teamed up with several brands such as the Miller Brewing Company, Cracker Jack, Bose, IF and Co, and Dr. Pepper.

Speaking of businesses, him and his Lewis also earns regular change from their official store. Accessible through their website, it sells a variety of merchandise from tees to posters.

Yes, Macklemore has been married to Tricia Davis for a year; the two tied the knot on June 27, 2015 after getting engaged in 2013. According to reports, the couple first met through social media in 2006 while he was still struggling with substance abuse.

It is unknown whether or not he had any relationships prior to his current marriage.

Does Macklemore Have Any Children?

Yes, the music artist has a daughter (b. 2015) named Sloane Ava Simone Haggerty with his wife. The pregnancy was first announced via Twitter in the summer of 2013.

Where Did Macklemore Get His Name?

According to the celebrity himself, his current stage name “Macklemore” stems back from his childhood days- it is the name of a made-up superhero that he came up with when he was still in grade school.

Where Did Macklemore Go to College?

After graduating from Garfield High School in Seattle, Washington, he went to The Evergreen State College; he eventually obtained his bachelor’s degree in 2009 at the age of twenty six.

Where Does Macklemore Live? Pictures of Macklemore’s House

Sometime in 2013, Macklemore purchased a $2 million home located in the spectacular area of Capitol Hill. Featuring ~3000 square ft. of real estate, it includes three bedrooms and two and a half bathrooms. Not too far from Broadway, it comes with high ceilings, a chef’s kitchen, a spiral staircase to a rooftop lounge, a home office, as well as a swimming pool.

What Kind of Car Does Macklemore Drive?

How Much did Macklemore Earn Last Year?

Macklemore as a Philanthropist

In 2015, Macklemore donated various signed items to help the Same Love Garden Fundraising event held at the All Pilgrims Church. As it happened, he and Lewis had filmed a music video at the location a few years back.

Aside from that, he has also dedicated time to various other organizations such as Free the Children, the 30/30 Project, Save the Music Foundation, ONE Campaign, Ryan Seacrest Foundation, and the We Day Movement, to name a few.

Throughout his music career, Macklemore and his music partner Ryan Lewis have sold millions and millions of records together. As such, it’s not surprising to know that they’ve also amassed an impressive amount of accolades. For instance, they’ve received two American Music Awards, two AIM Awards, a BET Award, two BET Music Awards, four Grammy Awards, two MTV Europe Music Awards, and a People’s Choice Award, among others.