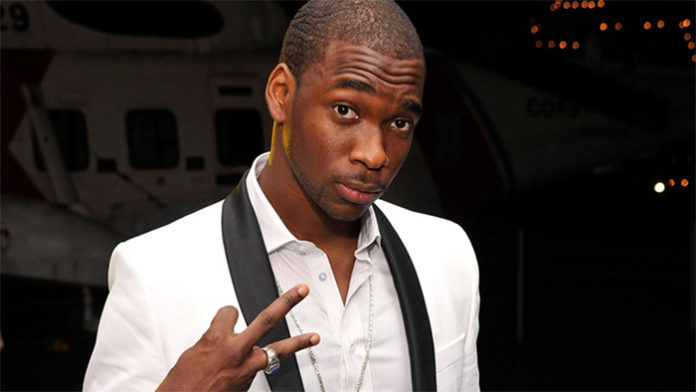 Jared Antonio Farrow- better known as Jay Pharaoh, rose to fame in 2010 after joining the cast of the popular sketch comedy series, Saturday Night Live. A natural performer, he started to do impersonations at the tender age the six. From there, it wasn’t long until he developed a keen interest in stand up comedy. With his goal set, Pharaoh began performing at various comedy clubs and community theatres in his local state of Virginia as a teen. At one point, he even toured with Charlie Murphy and Corey Holcomb. Some of his most well known celebrity impressions include that of Will Smith, Eddie Murphy, Barack Obama, 50 Cent, Kanye West, and Charlie Murphy. As it happened, one of his acts had made its way onto Youtube, where it became a viral sensation. Soon afterward, Pharaoh recorded an audition tape, which eventually landed in the hands of TV producer, Lorne Michaels. Impressed by what he saw, he subsequently scored a position on the 36th season of Saturday Night Live.

At the age of twenty two, Pharaoh was made a featured player on the popular sketch comedy series; he was also the first cast member of African-American descent since Keenan Thompson back in 2003. Known for his stunning impersonations of big-name celebrities such as Lil Wayne, Jay-Z, he quickly made himself known to the world on the show. In fact, the young star has since been hailed as the “Jimmy Fallon of 2 Chains Impressions” by the Rolling Stone Magazine. Shortly after landing the role in Saturday Night Live, the Virginia-native also started to play various roles in a number of films such as Lola Versus (2012), Underdogs (2013), Ride Along (2014), and Top Five (2014). Six years after making his big debut on SNL, Pharaoh departed the series to focus on other opportunities.

Not long afterward, Pharaoh received a small role in Dylan Kidd’s comedy flick, Get a Job (2016), that starred Bryan Cranston, Miles Teller, and Ann Kendrick. Following that, he worked as a voice actor in the animated movie, Sing (2016) and in the series, Legends of Chamberlain Heights (2016). Around that same time, he also lent his voice to Andre, a character in the video game, Call of Duty: Infinite Warfare (2016). Outside of acting, he has also appeared in sundry television programmings over the years such as The Wendy Williams Show (2013), Red Nose Day (2015), Hollywood Game Night (2015), and Gotham Comedy Live (2016) to name a few. In 2015, he also starred in his very own comedy special, Jay Pharaoh: Can I Be Me?.

So what has the 29-year-old comedian/actor been up to in the recent months? What new projects have he gotten involved with lately? Will he be starring in any new films or television series? Or is he focusing his attention on his career as a comic? What happened to Jay Pharaoh? Where is he now in 2018? 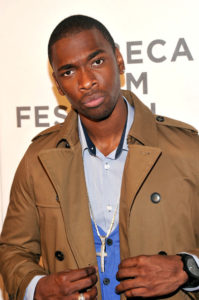 Born on October 14, 1987 in Chesapeake, Virginia, Jay Pharaoh (Birth Name: Jared Antonio Farrow) showed an early interest in acting as a young child; a premature baby, he had a twin brother who tragically passed away at birth. Ever since he was six years old, Pharaoh had been doing impersonations; his first character was that of Iago from Aladdin- an experience that he remembers clearly to this date. Noticing his son’s talents, his father often signed him up for various talent competitions when he was a grade schooler. Eventually branching out to stand-up comedy, he started to perform at various comedy clubs and community theatres in and around the Virginia area as a teen.

At one point, he even toured with Chris Murphy, and Corey Holcomb, the former of whom was the brother of the big-name celebrity, Eddie Murphy. By the time he was in his late teens, he was known for his impressive impersonations of Will Smith, 50 Cent, Charlie Murphy, Kanye West, and Barack Obama. As a student, Pharaoh went to Indian River High School, located in his hometown of Chesapeake. After graduating in 2005, he enrolled at Tidewater Community College briefly, prior to transferring to Virginia Commonwealth University to stay business.

As it happened however, one of his acts eventually made its way onto Youtube in 2008, during the presenting campaign- one which saw him doing an impersonation of Barack Obama. Quickly becoming viral, it turned him into an overnight internet sensation. Shortly afterward, Pharaoh decided to record an audition tape; it would eventually land in the hands of various television producers and casting directors, including Lorne Michaels. 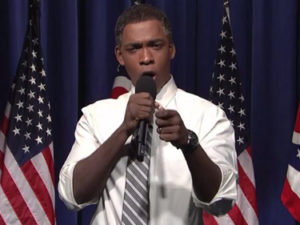 Following a successful audition, Pharaoh was welcomed onto the show as a featured player- he was only twenty two years old at the time. Not only that, but he was also the first cast member of African-American descent since Keenan Thompson back in 2003. Making his debut in the 36th season, he appeared on Saturday Night Live for the first time on September 25, 2010. Hailed as a “breakout player” by TV Guide, his convincing impersonations of Will Smith, Denzel Washington, Lil Wayne, and Jay-Z earned him widespread acclaim.

After starring in the show for two years, he appeared as Barack Obama for the first time in September of 2012, having inherited the role from Fred Armisen, a veteran cast member. Met with high praise, his popularity as a comedian continued to soar over the next few years. Before long, he had earned the title of being the “Jimmy Fallon of 2 Chains Impressions” by Rolling Stone Magazine. A cast member from 2010 until 2016, Pharaoh had ultimately appeared in well over a hundred episodes. Responsible for kick starting his career in the show business, it remains to be his best remembered role on television to this day. 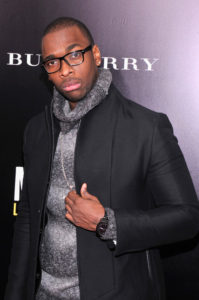 While still filming for Saturday Night Live, Pharaoh also appeared in a series of films- the first of which was the independent romantic comedy, Lola Versus (2012). In 2014, he co-starred in the sports comedy, Balls Out alongside Jake Lacy, Nikki Reed, Beck Bennett, DC Pierson, Brian McElhaney, and Nick Kocher. Directed by Andrew Disney, it centred around a group of college seniors who decide to assemble a team for intramural football prior to their graduation. Noted for its all-star cast, which consisted of cast members from various comedy groups, it saw Pharaoh playing the part of a character by the name of Dan Albert.

After premiering at the Tribeca Film Festival on April 19, 2014, Balls Out enjoyed a limited release in select theatres in the United States on June 19, 2015; it was also made available via video on demand. Despite being a low-profile film, it was generally met with favourable reviews from contemporary critics- it currently has an online rating of 80% on Rotten Tomatoes. In 2015, it was awarded the Best Sport Comedy Award  by The Vancouver Sun.

That same year, he also appeared in Tim Story’s buddy cop movie, Ride Along (2014). Based on a story written by Greg College, who also helped to write the screenplay, it follwowed the life of a high school security guard named Ben Barber, who must prove himself worthy to his girlfriend’s brother. While Kevin Hart took on the role of the fast-talking security guard, Ice Cube played as James Payton- the brother of his girlfriend. A member of the additional cast, Pharaoh portrayed the part of Runflat- an informant who later meets up with James.

Released on January 17, 2014, Ride Along earned over $41 million during its three-day opening weekend. Number one at the box office, it eventually went on to gross an additional $33 million by the end of its third weekend. Altogether, the Universal Pictures film had taken in over $154 million in ticket sales worldwide. Despite being one of the highest grossing films that Pharaoh has ever participated in, reviews from critics were generally negative- met of which panned it for its listless plot.

From there, he went on to play a supporting role in Chris Rock’s comedy film, Top Five (2014). Produced by Eli Bush and Scott Rudin, it centred around a movie star named Andre Allen who must confront his past after being asked to conduct an interview with a journalist. While the main cast consisted of Rosario Dawson, Chris Rock, Gabrielle Union, Kevin Hart, and Sherri Shepherd, Pharaoh portrayed the part of Mike- a minor character who appears in the film.

Top Five screened in theatres nation-wide on December 12, 2014 and ended up grossing over $6.8 million during its opening weekend. Generally well received, the comedy eventually went on to gross $26.1 million by the end of its theatrical run- more than twice of that of its production budget of $12 million. Given an 86% approval rating on Rotten Tomatoes, it later received a nomination for Best Comedy at the 20th Critics’ Choice Awards Ceremony.

More recently in 2016, the former SNL cast member has lent his voice to a character in the computer animated musical film, Sing. Written and directed by Garth Jennings, its plot revolved around a group of anthropomorphic animals, all of whom enter a singing competition held by a local theatre owner. In the movie, Pharaoh lent his voice to Meena’s grandfather; Meena is a teenage elephant who has severe stage fright. After much encouragement, he successfully help her to overcome her phobia.

A huge box office success, Sing grossed over $35.3 million during its opening weekend, after being released in theatres on December 21, 2016. Later nominated for a Golden Globe Award for “Best Animated Feature Film”, its total gross amounted to over $590.1 million worldwide. Critical reception-wise, the film garnered mostly praises from critics- many of whom lauded it for its solid cast and warm hearted storyline; for instance, Brian Truitt writing for USA Today awarded it a score of three and a half stars. Nevertheless, some less favourable reviews did come from sources such as Metacritic, and The Arizona Republic.

Since then, Pharaoh hasn’t appeared in any other films- having said that, he did go on to voice Montrel in the animated TV series, Legends of Chamberlain Heights (2016). On top of that, he also lent his voice to one of the characters in the popular video game, Call of Duty: Infinite Warfare (2016).

It has recently been announced that the comedian will be co-starring in an upcoming made for television film called White Famous (2017). Directed by Tim Story, it will depict the ups and downs of the career of a young African-American comedian, as she strives for break out fame in the stand-up comedy world. Although it’s known that Pharaoh will be playing one of the main characters, further details have not yet been revealed. Having said that, we do know that Jamie Foxx, Stephen Tobolowsky, Lonnie Chavis, Utakarsh Ambudkar and Steve Zissis will also be starring in the movie.

As a voice actor, Pharaoh will also be playing a character in the upcoming animated series, The Adventures of Drunky (2017).

If you’d like to stay connected with the 29-year-old celebrity, you can do so by following him on social media- you can find Jay Pharaoh on Instagram or Twitter at @JayPharoah.