Nash Grier Net Worth 20917 – How Rich is the Internet Personality

Alas we have come to the end of my brief stint looking at the stars of the former Vine platform. It has been an interesting couple of days, filled with backdoor research, google maps hunts and cross referenced interviews, piecing together as much information on these folks as I can. I can’t say I’ll miss it, but I can at least say I’ve learned something. Nash Grier gained a following on Vine in 2013, mostly with prank videos, and was soon turning his new found fan base into a substantial amount of money. A social media stars bread and butter is their followers, and through a combination of content and collaboration, Grier was able to amass quite a following. Grier is closely linked to fellow Vine Alum Cameron Dallas, and the pair even lived together in LA whilst pursuing their dream of becoming a film star. Grier has appeared in a number of feature films, and looks set to make bank before the end of the year.

So let’s take a look through his career, see how he got here, and see where he makes his money.

How Did Nash Grier Make His Money & Wealth?

There are a few things to take into account when trying to estimate the net worth of internet celebrities. They don’t typically make salaries for a start. It means I have to do some math, and while I have been pretty good at estimating their daily income, translating that into a net worth, figuring taxes into everything, and taking their other endeavors into account has been a bit of a challenge.

The first thing I look at is their YouTube money. Nash Grier was a Vine star, and YouTube was more of a side thing, but that can not and is not the case anymore. Vine is dead. So Nash, and the other Viners, have for the most part migrated to YouTube, and other places. Nash has nearly 5 million subscribers on YouTube, and an average views per day of 40,000 on average. That is a lot less than I expected to be honest. the likes of Lele Pons gets around 600,000+. But I digress. You Tubers make between $2 and $5 per 1000 views, so assuming the higher figure, and assuming that around half of the views are using an ad block program, we have a daily income via YouTube of just $100. That seems a bit on the low side, but what can you do.

There are other struts in the house that Grier built though, and one of the most important is product endorsement. Leveraging a fan base is the bread and butter of internet celebrities, and Grier is one of the best in the business at that. He was an early proponent of the MagCon thing, a convention where fans got to meet their favorite You Tubers, along with Cameron Dallas. Grier and Dallas have been partners in becoming famous for a number of years now, and the both appeared in the 2016 film The Outfield. His move to film, and thus the bigger paychecks, has been slow. He will be appearing in You Get Me this year.

Here’s wishing him the best.

No, he is not. So far as I can find out Nash Grier is dating Taylor Giavasis, a minor social media star popular on twitter and Instagram.

Where is Nash Grier from?

Does Nash Grier have any siblings?

Where does Nash Grier live? Pictures of Nash Grier’s house. 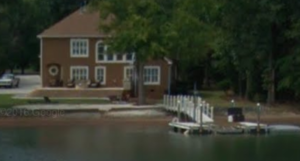 Nash Grier used to live in North Carolina with his family, on the Westpaces Rd, Mooresville, NC. The home is massive, and right on Lake Norman. I get wanting to go out and live on your own more than most folk, but jeez, that is a hard house to leave. So far as I know he currently lives with Cameron Dallas in LA, Vine Street Apartments.

What will Nash Grier do now that Vine is dead?

It;s a hard question to answer. For so long Vine, and related meet and greets, have formed the basis of his career. with his primary platform down he is turning to YouTube to pick up the slack. It is likely that his bottom line will be affected by the shift in format. He has distanced himself from MagCon in recent years, in hopes of securing a career in film. He has been pursuing roles, and landing a few parts, since last year, and with another film due out this year it seems as though Nash is onto a good thing. Only time will tell if his career continues to soar, or if he will fall by the wayside like so many others do.