Lele Pons Net Worth 2018 – How Rich is The Instagram Star? 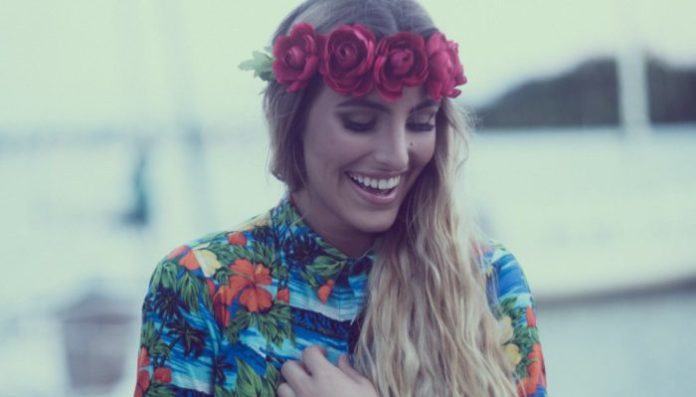 I think I have just the one former Vine star to look at after this one, and let me tell you, as fun as it has been to go and check these people out from a pure entertainment standpoint, trying to dig up information on their finances, and their lives in general, is a lot harder than it should be. I mean, they are called social media sensations after all. you would expect their homes, cars and all manner of other things to be clearly visible, used symbols, but no. I am left with mostly conjecture and extrapolation when it comes to finding out as much as I can about Lele Pons. I suppose it could be worse, Johnny Orlando didn’t even have a wiki page for me to branch off from, small blessings then. Lele rose to fame in 2014 or so, having started positing Vines in 2013. She grew to become the most watched star on the platform, and while Vine might be dead, Lele Pons’ career is only just beginning. She has amassed a following on YouTube, and is branching out into other areas as well.

So how much is Lele Pons worth? Let’s take a look at how she got here, and how she makes her money.

How Did Lele Pons Make Her Money & Wealth?

Lele Pons is Venezuelan American. She rose to fame in 2013 on Vine, and since then as branched out into other kinds of social media. Vine is closed now, but that won’t matter to Pons, she has more than 3 million subscribers on her YouTube channel, where she posts a new video every two weeks or so. When it comes to internet stars’ money there is really only one place to look. The viewing numbers. Monetized videos can pull in a sizable amount for the you tuber, assuming they have a large viewership. On average a you tuber can get around $2 to $5 per 1000 views, depending on their popularity. I think it is easy to argue that Pons hits the popular camp here, so a look into her daily views will tell us a lot about her income.

On average Lele Pons receives 800,000 views per day. That is huge, and a look through her view history has seen some massive spikes too, usually coinciding with release days. I tend to assume that half of the people using YouTube have some sort of ad block software on their browser, though research figures might suggest otherwise it is a nice short hand way of estimating net worth. That gives us $800 to $2000 per diem. Not bad at all.

Social media is a powerful tool for making money. Being able to promote products to a targeted fan base is every marketers dream, and so it is not surprising that Lele uses her platform to make a little money. on top of product endorsements Lele has been involved in acting and writing. She co-authored a New York Times best seller, Surviving High School, and appear in The Space Between Us this month. Going forward we can expect her to dabble in the fashion industry and continue to entertain on her social media platforms of choice.

No, she is not. Lele Pons has ruled out marriage for the foreseeable future. It has been suggested that she is dating co star Juanpa Zurita, judging solely by their seeming compatibility and closeness on camera, but this has been denied by both of them. Weirdly Lele has stated that a future relationship is not out of the question.

Where is Lele Pons from?

Lele Pons was born in Caracas Venezuela. She moved to the US at age five, to Miami Florida.

What awards has Lele Pons won?

It’s odd how many categories are in the Teen Choice Awards. Best Viner was one, and Vine hasn’t been around all that long. More to the point Vine is no longer around now, so I think it is safe to say that Lele Pons is the last winner of the Best Viner Teen Choice Award. She won it last year.

What School did Lele Pons go to?

Lele Pons attended Miami Country Day High School. At school she was mercilessly bullied for her accent and nose.

Lele has stated that slapstick is her favorite type of comedy. Most of her vine videos revolved around the concept.

What Will Lele Pons do now that Vine is dead?

A difficult question to answer. All of the former Vine stars are still internet famous, and that means their fame only lasts so long as their audience does. With the removal of Vine as a core money maker, I expect Lele, and all the others too, to see a dip in income. Lele moved to LA not too long ago to pursue a career in film, and while that has yet to pay off for her, I expect the continued growth of her YouTube channel, not to mention her Instagram, will more than keep her afloat in the coming years. She co-authored a book last year too, so this branching out into print may well be quite lucrative for the young star.