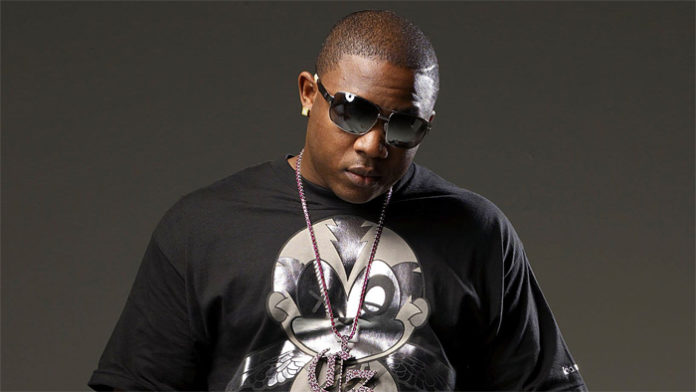 Jermaine Anthony Preyan- better known as Mack Maine made his music debut with his first mix tape dubbed, Young Money Vol. 1 in 2006. At the age of twenty one, he participated in a MTV freestyle battle; his success in the event coupled with his applause-worthy performance at the BET Awards the next year eventually led him to establish the Young Money Entertainment label with his longtime childhood friend, Lil Wayne (who he has known for years) in 2005. In 2009, Mack Maine was featured in the compilation album, We Are Young Money as one of the label’s artists. A relative success, it peaked at the top of the US Top Rap Albums chart and has since gone gold in the country.

Since then, he has also played a part in the compilation albums. The collaborative efforts have also garnered two BET Awards for the category of Best Group. As far as solo works go, Mack Maine has come out with a series of mix tapes (as mentioned above); some of his latest titles include Don’t Let it Go Waste, Food for Thought, and Freestyle 102: No Pens or Pads. While the artist has been working on a debut studio album for many years, the project dubbed Maine 4 President still has not yet been released. Having said that, he has dropped a few of its singles- Throw it Back (Feat. Lil Wayne), All in One Swipe (Feat. Birdman and Rick Ross), and Celebrate (Feat. Talib Kweli and Lil Wayne).

In addition to being a promising rapper in the hip hop scene, Mack Maine has also appeared on television on a few occasions. In 2009, he was invited as a guest onto the popular talk show, The Mo’Nique Show. Since then, he has also taken a part in Austin Mahone Takeover (2013), RapFix Live (2013), and more recently, Growing Up Hip Hop (2016). In 2010, the artist also lent his voice to a gang member in the animated comedy film, Freaknik: The Musical. A few years later, he also made a special appearance as himself in the video short, Rich Gang: Tapout (2013). For a thirty-something year old, Mack Maine sure has a number of accomplishments under his belt.

What has the New Orleans-based rapper and record executive been up to these days? Does he have any new projects planned for this year? What has he been busy with these last few years? Will he be come out with anything in 2017? What happened to Mack Maine? Where is he now in 2018? 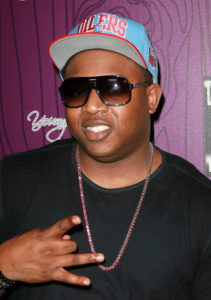 Born on July 28, 1982 in New Orleans, Louisiana, Mack Maine (Birth Name: Jermaine Anthony Preyan) grew up listening to music; as such, he developed an interest for hip hop as a young boy. Ever since he was eleven years old, he was also friends with fellow rapper Lil Wayne (who was still known as Dwayne Carter at the time). Following his high school graduation, he worked several odd jobs to support himself. It wasn’t until he was in his early twenties that he decided to make something out of his love for hip hop. In 2003, he participated in a freestyle rap battle hosted by MTV; he was among a thousand contestants. Despite such odds, his talents pulled through and led him to place 16th in the competition.

The following year, Mack Maine received another big break after being invited to perform with popular freestyler Cassidy at the backstage of the 2004 BET Awards. This, coupled with his success in the MTV battle eventually led him to co-found the recording label, Young Money Entertainment in 2005 with his long-time friend, Lil Wayne; he currently serves as the company’s president. Eventually recording his own material, Mack Maine released a number of mix tape over the mid to late 2000’s including the titles Young Money, Vol 1 (2006), G-Series (2006), Mack Maine BOBO 101 (2008), B!tch, and I’m Mack Maine (Freestyle 102) (2008).

From there, Mack Maine contributed to the release of Young Money’s compilation album, We Are Young Money in the winter of 2009. 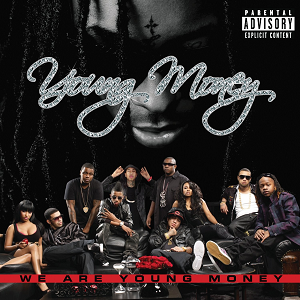 On December 21, 2009, Young Money Entertainment released their first compilation album entitled, We Are Young Money. Produced by a number of individuals including Willy Will, Kane Beatz, Tha Bizness, Cool & Dre, Infamous, and David Banner, among others, it included twelve tracks- a handful of which featured Mack Maine in the vocals; said titles included Gooder, Every Girl in the World, Ms. Parker, Wife Beater, Finale, and New Shit. In addition to the label’s co-founder, the album also included appearances from Jae Millz, Drake, Tyga, Shanell, Nicki Minaj, Gucci Mane, and a few others.

Although some individuals criticized the label’s choice of artists, the album was generally a commercial success. Upon being released, it entered the US Billboard Top 200 at number nine and sold more than 142,000 copies. Since then, We Are Young Money has exceeded more than 500,000 sales in the United States, which earned it gold certification from the RIAA. The album eventually spawned three singles, Roger That, BedRock, and Every Girl, all of which reached the record charts.

On July 23, 2013, the label came out with their second compilation album entitled, Rich Gang. As hinted at by its title, the album served as Young Money and Cash Money’s first release as the super group, Rich Gang. Packed with an hour’s worth of hip hop, its production was handled by a group of individuals including Bryan Williams, Wiz Ivan, Matthew Burnett, Jordan Evens, R. Kelly, The Runners, and a few others. Recorded between 2012 and 2013, the disc boasted thirteen titles; Mack Maine contributed to three- Tapout, Dreams Come True, and Angel. Some of the other tracks include Bigger Than Life, 100 Favors, Burn the House, Sunshine, Million Dollar, and Burn the House.

Shortly after its release via digital download, Rich Gang debuted at the ninth position on the US Billboard Top 200, having sold approximately 24,000 copies domestically within the first week; it eventually sold an additional 16,000 copies by the end of the third week. Despite its moderate success, the album reached several record charts including the Top R&B and Hip Hop Albums where it peaked at number two and the Billboard Top Rap Albums where it peaked at number two; outside of the US, it also managed to chart in the UK. Rich Gang ultimately gave rise to Tapout, We Been On, and 50 Plates, the first of which was particularly successful. 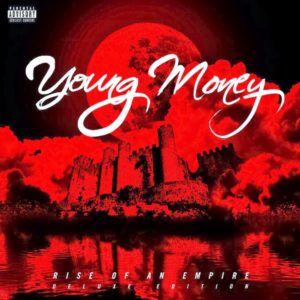 On March 11, 2014, Mack Maine took part in the label’s third compilation album, Young Money: Rise of an Empire. Less than an hour in running length, one of the project’s executive producers included the artist himself; others included Bryan Williams, Dwayne Carter, David D.A. Doman, DJ Speedy, Lee On the Beats, and Jess Jackson. Recorded between 2013 and 2014, it came with twelve hip hop titles including Induction Speech (Feat. Euro), Fresher Than Ever, You Already Know, Back It Up, Lookin Ass, We Alright, and Trophies. As before, it featured a number of Young Money artists such as Christina Millian, Lil Wayne, Cory Gunz, Chanel West Coast, Gudda Gudda, and Lil Twist.

Although critical reviews were primarily mixed, it debuted on the US Billboard Top 200 at number seven, selling over 32,000 copies in just one week within the US; the album eventually also reached number four on the US Top Hip Hop Albums Chart and number two on the US Top Rap Albums Record Chart. Outside of the US, Young Money: Rise of an Empirealso managed to chart in Canada and the United Kingdom. The title later produced three singles, Trophies, Lookin Ass, and We Alright.

Aside from the compilation albums that he’d worked on, Mack Maine has also released a number of mix tapes over the past decade.

For instance in 2012, he dropped the title Don’t Let it Go Waste. Hosted by YMCMB, it featured sixteen different hip hop tracks including Domestic Vilence, Take a Look at me Now, Males Shouldn’t be Jealous, Gotta be a Real G, Bout Dat Money, Kings of New Orleans, and Mermaid Wit No Draws– many of which featured various guest artists such as Amanda Rose, Tunechi, Currensy & Boo, and Raw DI. Since it was first made available, it has been streamed over 83,000 times via DatPiff.

The following year, Mack Maine came out with a new mixtape entitled, Mack Maine Freestyle 102 on February 5, 2013. A solid addition to his resume, it featured a number of artists such as Mystikal, Nesby Phips, Cory Gunz, Monica, and Trae the Truth while its production was handled by Studio Monkeyz, Flight School, and The Lottery Group. As far as its contents go, it included the tracks I’m a Hustla, Storm of the South, Back in the Days, Kobe or Ginobili, I’m On It, Poo Shooter Flow, and Windows Half Down.

Since then, he has been busy putting together his newest mix tape, Food for Thought. In 2013, he released one of its songs, Pussy Whipped which featured Skip and Holly from Hollygrove; two tracks were eventually made available including Living All Your Dreams (Ft. Mac Miller & 2 Chains) and Dedicated to My Freaks (Feat. Magnolia Chopp).

According to reports, Mack Maine was in a relationship with Erin Robertson, whom he met while at Southern University, for several years. The two have a child together named Isaiah William Clarence Robertson Preyan who was born on November 10, 2004. Although there were rumors about the two getting engaged and tying the knot at one point, said claims have since faded.

It is unknown whether or not the music artist is currently in a relationship.

This past January, Mack Maine made the announcement that the Young Money label will be releasing a number of new projects in 2017, particularly ones that will involve Nicki Minaj, Weezy, and Drake. In addition that, the rapper also announced that his lifelong friend and business partner Lil Wayne has been working on a new project called Velvet, which will presumable be released sometime this year.

On top of all of that, the company’s president also revealed that there is in fact another compilation album on the way.

As far as his solo music projects however, Mack Maine hasn’t released any new material since 2013. Perhaps he’s just been too busy managing the recording label- who knows? When will he release his highly anticipated studio album? Only time can tell. Don’t worry, we’ll keep you updated.

Want to stay connected with the talented rapper? Why not follow him on social media- you can find the celebrity rapper on Instagram at @mackmaine4president or on Twitter at @mackmaine.