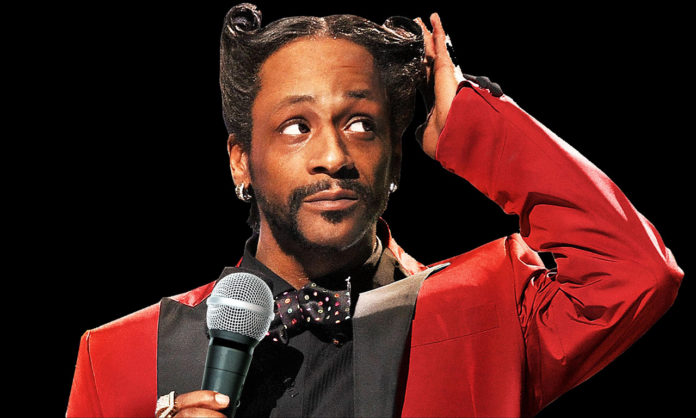 Known for both punchlines on the stage and punches in public, to say Katt Williams has had an tumultuous relationship with fans, business partners, and the occasional little league soccer player would be a bit of understatement. Reaching his peak in fame through his comedy hits The Pimp Chronicles, Katt Williams has reached the spotlight more than a few times in Television, Movies, and even a few World Star videos. But what has he been up to in 2017? Here, we take a look at what happened to Katt Williams.

Katt’s life began as anything but funny. Born Micah Sierra Williams to a Cincinatti Ohio couple on September 2, 1971, Katt quickly figured out that his best bet at life was away from his parents home. Emancipating himself at the young age of 13, Katt moved from the Dayton, Ohio area to Florida where he survived primarily as a door to door salesman, and street vendor. While maintaining these means of existence, Katt would start giving comedy a go as an improv actor at local comedy clubs. Soon infatuated with the idea of making people laugh, he would travel the comedy circuit across the country, often using his experiences and short physical stature as a means of creation. By the age of 28, Katt would end up performing in many of the same comedy clubs as his idols, Dave Chappelle and Martin Lawrence, including The Improv and The Comedy Club. Before long, he’d be on the big screen as a guest star on NYPD Blue.

The Pimp Chronicles and Friday After Next

Only three years after making it on stage at The Improv, Katt Williams would be in his first major motion picture, Friday After Next, as a bombastic pimp persona, Money Mike. This name would later be his moniker for a short stint in Hip Hop alongside such rappers as The Game and Cam’ron, though he would never officially be signed. In 2006, Katt would come out with his first standup comedy special, Let a Playa Play, The same year, he would also release the first installment of his Pimp Chronicles series, which gained traction with audiences. These successes would allow him positions on multiple television shows, most notably the Adult Swim series, The Boondocks where he would make the role of the infamous “A Pimp Named Slickback”. Katt would also gain a spot hosting the BET awards in both 2006 and 2007. Also in 2007, Katt Williams would release American Hustle, a standup film which would secure his spot as a mainstream comedian. The following year, Katt decided to take a turn on the Political with his special It’s Pimpin’, Pimpin which likewise would gain critical acclaim. This success would allow Katt to explore avenues of entertainment and business, which he would pursue until around 2012, with the reveal of his new comedy special, Kattpocalypse. During this 4 year removal from the comedy spotlight, he would still perform in clubs, and in at least one incident got in a bit of trouble. In a 2011 show, Katt would respond to a heckler of Latin descent to return to Mexico, claiming he was doing so as the individual made statements against the United States and it was his duty as a proud American to defend its reputation. This would be one of the lightest controversies that Katt has been involved in throughout his career.

Why is Katt Williams in trouble with the Law?

Among many fans and haters of Katt Williams, there has been one question that kept coming up since 2006, “Why is Katt Williams in trouble with the law (again)?” The comedian has had more than a handful of serious run ins with the law, and more than a few embarrassing situations as a result.

Starting in 2006, Katt got in more than a little trouble by bringing a stolen concealed firearm in the LAX airport. He would be convicted of the misdemeanor charge of carry concealed in the airport, for which he would spend 3 days in jail, 3 years probation and a sizeable fine. This incident would later be the crux of a joke on his premier comedy special.

There would then be a 4 year gap between crimes, which would to date be the longest gap between court appearances to date. In 2010, Katt would be before a Georgia court accused of stealing $3,500 worth of rare coins, and would be charged on criminal trespassing and burglary. 2011 would have one of the most bizarre incidents on record. Allegedly, Katt would be involved in an odd assault on a semi truck driver, which stopped over in Los Angeles was attacked by three women as well as Katt which caused him a good deal of facial damage. After this assault, Katt and the women removed the pants of the individual and then proceeded to mock him. For this, Katt was arrested on a charge of assault with a deadly weapon and intimidation. For this he paid a $50,000 and was released the same day as the arrest. 2012 would end up being a very busy year for Katt’s Lawyers. There would be no less than 5 court appearances, including a lawsuit for non-appearance, a case involving a police chase where Katt was on the 3 wheeled motorbike that nearly hit pedestrians on a sidewalk, beating a fan with a bottle on his tour bus, a $5million lawsuit for hitting one of his assistants with a closed fist, and child endangerment.

Luckily for everyone involved, Katt’s legal issues would calm down in 2013, being minimized to one charge of failure to appear in court for the previous years odd chase through the streets, which would end up with his arrest at his Los Angeles residence. The following year, Katt would be arrested, yet again, this time with Suge Knight as a result of stealing a camera from a photographer.

As to what Katt has been up to in the recent past and 2017, one could say that it has been more of the same. While continuing a film career through 2012 to 2015, including The Obama Effect, Scary Movie 5 and American Bad Boy, the recent few years have been rather quiet in the professional sense. 2016 would show Katt in Love & Hip Hop: Atlanta, with an upcoming film called Bastards already completed in 2017. In terms of legal issues, Katt has been more busy. 2016 would be filled with Katt assaulting individuals, including a pool clerk, a 7th grader, a woman and a local restaurant manager. Of all these cases, the hitting of the 7th grader caught the most attention, as it is shown in videos that Katt not only threw the first punch, but then was subsequently choked out by the child as retaliation, who had competed in wrestling in school. This handing of street justice to Williams appears to not have made much of a difference in William’s demeanor, however, with new allegations of abuse of assistants have yet again come up in 2017.

In 2017, Katt continues to do stand up tours throughout the United States, focusing primarily on political comedy. He also has come out with his own branded clothing line, which is available on his website. Focusing primarily on shoes and coats, Katt prefers to sell real fur coats ranging from the high hundreds to several thousand dollars.