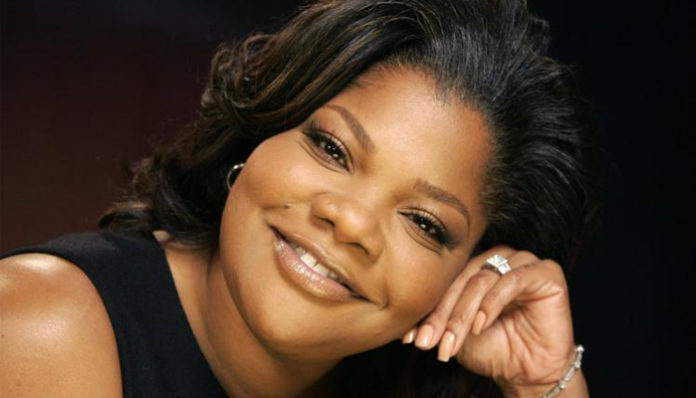 Academy Award-winning actress Mo’Nique has been acting for a long time to say the least. Even though she’s been in the spotlight for a while as of 2017 she’s probably best known for her portrayal of Mary Lee Johnston in the drama film, Precious (2009). Hailing from Maryland, she got her start in comedy after being dared by her brother to participate at an open mic night- she was still attending college at the time. A talented comedian, it wasn’t long until she developed a local fan base. Eventually going on to perform wherever she could, she relocated to Atlantic in the late 90’s in search of more opportunities- a decision that would later prove to be a smart move. Making herself known in the comedy circuit, she appeared in a handful of television programmings including It’s Showtime at the Apollo, and The Bernie Mac Show. Not long afterward, she received a big break after being cast as a series regular in the sitcom, The Parkers. Although it was her first major role on the small screen, her performance garnered her much praise from the audience.

The initial breakthrough of her career, the five-season series garnered her multiple industry awards- which effectively boosted her popularity. Despite her newfound success as an actress, Mo’Nique remained involved in comedy; for instance in 2001, she headlined the Queens of Comedy Tour. Not long afterward, her talents had led her to become the first female host of the show, It’s Showtime at the Apollo. From there, she appeared in several small roles in Nip/Tuck (2006), The Game (2007), and Ugly Betty (2007), before going on to host her own TV talk show, The Mo’Nique Show (2009). Fairly successful, it drew in over 1.5 million viewers during its premiere; it later earned an NAACP Image Award for the category of Outstanding Talk Series in 2010. In addition to her various roles in the previously mentioned shows, Mo’Nique also starred in the made for television films, Good Fences (2003), and Bessie (2015), both of which earned her a multitude of industry awards.

Aside from her work in television, Mo’Nique has also been involved in a number of feature films. In 2000, she made her big screen debut in the comedy flick, 3 Strikes. From there, she appeared in the titles Two Can Play That Game (2001), Soul Plane (2004), Hair Show (2004), Irish Jam (2006), Phat Girlz (2006), and Welcome Home Roscoe Jenkins (2008). It wasn’t until 2009 that she received a massive break with the drama film, Precious. Playing as one of the main characters, her performance was met with universal acclaim. Not only was she showered with praise from critics, but the role also netted her countless awards including an Academy Award for Best Supporting Actress. Since then, she has also appeared in Blackbird (2014), About (2014), and Almost Christmas (2016).

What has the award-winning actress and comedian been up to since then? Is she still actively performing comedy on stage? Or has she shifted her attention to television and film? What are some of the latest projects that she’s been working on? What happened to Mo’Nique? Where is she now in 2018? 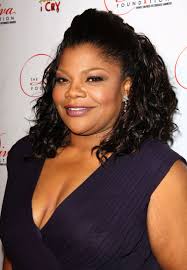 Born on December 11, 1967 in Baltimore, Maryland, Mo’Nique (Birth Name: Monique Angela Imes) is the daughter of Steven Imes Jr., a drug counselor, and Alice Imes, an engineer. The youngest of four siblings, she has two brothers and a sister- the latter of whom works as her personal assistant. Growing up in Baltimore, she attended Milford Mill High School, where she later graduated from in 1985. Following that, Mo’Nique went to Morgan State University briefly prior to transferring to the Broadcasting Institute of Maryland; she later completed the program in 1987. Ultimately, it was during her time in college that she first got involved with comedy- on a dare from her brother, she had taken to the stage at an open mic event at the Baltimore Comedy Factory Outlet.

A natural comedian, it didn’t take long for her to become an audiences’ favorite. Before long, the club owners had offered her the opportunity to host her own comedy show. Eventually deciding to pursue comedy as a career, Mo’Nique later began performing wherever should could. In the late 90’s, she decided to move to Atlanta for further opportunities- a decision that would later prove to be the right one. Gradually adding to her resume, she soon had enough credentials to pursue her passion full-time. In 1989, she received a big break after being given the chance to appear on It’s Showtime at the Apollo. From there, she appeared in BET’s Comic View, and Russell Simmons’ Def Comedy Jam.

In the spring of 1999, the comedian made her official acting in the comedy drama, Moesha. Playing the part of a recurring character, she later appeared in two additional episodes. That same year, Mo’Nique received a breakthrough with the UPN sitcom The Parkers (1999) after being cast as one of the principal characters. 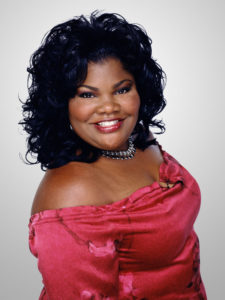 Created by Vida Spears, Ralph Farquhar, and Sara V. Finney, the series served as a spin-off of the popular comedy, Moesha– the same show that Mo’Nique had appeared in previously that year. As such, the plot revolved around a mother and daughter pair who are both students at Santa Monica College; the former had been forced to drop out of school after becoming pregnant with her daughter many years ago. Starring opposite of Countness Vaughn, who played the role of Kim, Mo’Nique was given the part of Nicole Parker, the mother, and secondary protagonist of the show. The two actresses were joined by Yvette Wilson, Jenna von Oy, Ken Lawson and Dorien Wilson.

Premiered on August 30, 1999, The Parkers was a relative hit among viewers, having attracted well over two million audience members for its pilot. During its first season, it had a viewership rating of 2.6 million; this figure only increased with the subsequent seasons- at the peak of its popularity, it had attracted over four million viewers during its third season. Serving as a launchpad for Mo’Nique’s acting career, it quickly turned her into a household name in the United States. Praised for her stunning performance, the actress received numerous industry awards including three NAACP Image Awards for Outstanding Actress in a Comedy Series.

To this day, The Parkers remains to be the most well-remembered television role for the actress.

Other Highlights from Mo’Nique’s Continued Career 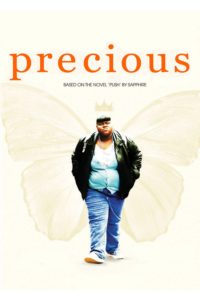 In 2009, Mo’Nique received the biggest breakthrough of her career with Lee Daniels’ drama film, Precious. Adapted from a novel by Sapphire, it depicted the story of an overweight, illiterate teen who finds herself pregnant with her second child; in hopes of turning her life around, she attends an alternate school in New York City. While actress Gabourey Sidibe played the role of the sixteen year old teenager, Mo’Nique took on the part of Mary- her abusive, unemployed mother. The rest of the cast included Paula Patton, Mariah Carey, Lenny Kravitz, Sherri SHepherd, and Stephanie Andujar, among others.

After premiering at the Cannes and Sundance Film Festivals to critical acclaim, the movie was given a limited theatre release on November 6, 2009. Praised for its touching story and brilliant acting, it took in $1.8 million during its opening weekend, which put it at number twelve at the North American box office. Despite being a low budget film, it later grossed a total of $63.6 million- over six times that of its production budget.

A massive success, Precious ultimately rocketed Mo’Nique to a new level of fame. Not only did it do wonders for her popularity as an actress, but it also garnered her dozens of awards including an Academy Award, a Golden Globe (e.g. Best Performance by an Actress in a Supporting Role), a Screen Actors Guild Award (e.g. Outstanding Performance by a Female Actor in Supporting Role), a BET Award (e.g. Best Actress), a Black Reel Award (e.g. Best Supporting Actress), among numerous others. Without a doubt, it has become the star’s most recognizable piece of work within the past decade.

That same year, the comedian was also given her own talk show, The Mo’Nique Show which aired on BET. Created in part by Mo’Nique herself with help from Sidney Hicks, it featured numerous musical and celebrity guests; a resident DJ was also present on the show. Shot in Atlanta, Georgia, it saw the hostess appearing from an elevator at the beginning of every episode; she then proceeds to the center of the stage to perform her monologue. Upon its premiere on October 5, 2009, The Mo’Nique Show attracted more than 1.5 million audience members. Relatively successful, the programming ran for two years prior to ending in April of 2011 after 250 episodes.

Mo’Nique’s next break came in 2015 when she was chosen to co-star in the HBO television film, Bessie alongside Queen Latifah, and Michael Kenneth Williams. Directed by Dee Rees, who also wrote the screenplay, it told the inspiring story of Bessie Smith- a blues performer who rose to prominence despite the many obstacles that she faced during the 20’s and 30’s. While Latifah starred as Bessie Smith, the film’s title character, Mo’Nique played as Ma Rainey- a travelling performer who takes Bessie under her wing after the latter sneaks into her train compartment.

From the looks of it, it would appear that Mo’Nique has been focusing most of her attention recently on her comedy career. For instance, she hasn’t appeared in any films or television as of April 2017; her last acting role was in that of the holiday movie, Almost Christmas (2016).

With that said, she will be performing at Spotlight 29 Casino in Coachella on May 20, 2017. If you’d like to see the star up on stage for yourself, here is your chance to do so- tickets range from $45-65.

Although we have no doubts that we’ll be seeing more of Mo’Nique this year, nothing else has been announced as of yet. Having said that, she did make the headlines numerous times last year regarding the topic of her open marriage with Sidney Hicks.