What Happened to Mystikal – What’s the Rapper Up To Now 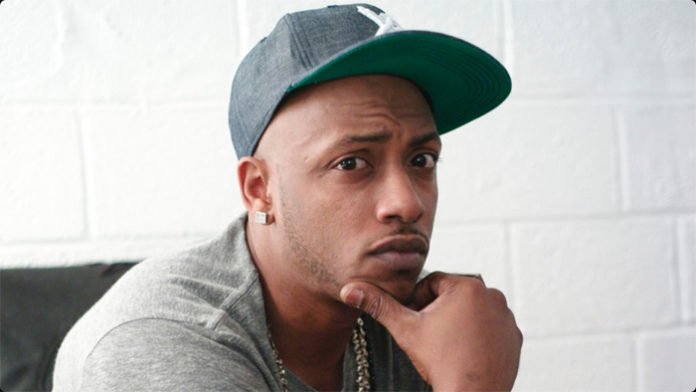 Michael Lawrence Tyler- better known as Mystikal, broke into the music scene with the release of his debut album, Mystikal (1994). Prior to trying his hand out at rapping, he was caught up in break-dancing as a teen. Drawing inspiration from artists such as LL Cool J, Mystikal continued to rap throughout the next years- even while he was serving in the Army, which he joined shortly after his high school graduation. After being discharged from the Armed Forces, he was invited to perform at an outdoor concert held by Doug E. Fresh and Run-D.M.C. As it happened, his performance was witnessed by Leroy Edwards, the main producer for the Big Boy Record label. Taken away by Mystikal’s rapping talent, he immediately got in touch and offered him a recording deal with the company. Much time spent at the studio later, the New Orleans-native dropped his independent studio album entitled, Mystikal in the summer of 1994.

Eventually signing on with Jive Records, Mystikal released his major label debut, Mind of Mystikal in October of 1995. A solid release, it charted on two separate record charts and has since been certified gold by the RIAA. Two years after his initial work, he came out with his second studio album, Unpredictable (1997), which ended up being much more successful than his first. A chart topper on the US Top R&B Albums Chart, it became Mystikal’s first platinum album. Since then, he has released three additional titles- Ghetto Fabulous (1998), Let’s Get Ready (2000), and Tarantula (2001); of the three, Let’s Get Ready was the most popular, having sold more than 2,200,000 copies domestically. In total, the rapper’s discography includes five full length albums, two compilation albums fifteen music videos, and over twenty singles. Some of his greatest hits include Y’all Ain’t Ready Yet, Shake Ya Ass, Danger (Been So Long), Boucin’ Back (Bumpin’ Me Against the Wall), and Oochie Pop.

What has the 46-year-old rapper been up to in the recent years? Will he be releasing any new singles or albums this year? What can fans expect to see from him? Will he be appearing on the big screen once again? What happened to Mystical? Where is he now in 2018? 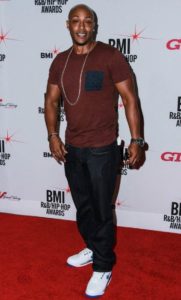 Born on September 22, 1970 in Louisiana, Mystikal (Birth Name: Michael Lawrence Tyler) moved to New Orleans with his family when he was still in grade school. Aside from having been immersed in the hip hop scene from his early teens, he was also involved in break-dancing. Adopting the stage name of “Mystikal Mike”, he began performing rudimentary rap in the late 80’s, drawing inspiration from his idol, American rapper LL Cool J. As a student, he went to Cohen High School, where he was especially fond of astronomy. Following his graduation in 1988, he enlisted in the US Armed Forces where he worked as a Combat engineer. Never having dropped his hobby, he continued to rap while serving in the Gulf War.

After being honorably discharged, he returned home and landed a job as an undercover security guard at a local shopping mall. Due to his association with 3-9 Posse, something that he had done prior to enlisting in the Army, he was invited to perform at an outdoor concert held by Doug E. Fresh and Run-D.M.C. At the event, Mystikal performed a rendition of Not That Nigga. As it happened, the record producer for Big Boy Records, Leroy Edwards, was present in the audience; blown away by his stunning performance, he quickly got in contact with Mystikal after the concert. Not long afterward, he was signed to the label.

Mystikal’s Music Releases Throughout the Years

On June 14, 1994, the rapper released his self-titled debut album, Mystikal through Big Boy Records. Produced by Leroy Edwards, the same man that had discovered his talent a couple of years ago, the hip hop album contained ten tracks including Mr. Hood Critic, Y’all Ain’t Ready Yet, Smoke Something, That Nigga Ain’t Shit!, Mind of Mystikal, and Dedicated to Michelle Tyler. While reviews were generally negative, it did manage to peak at the top of the US Top Heatseekers Chart shortly after its release. 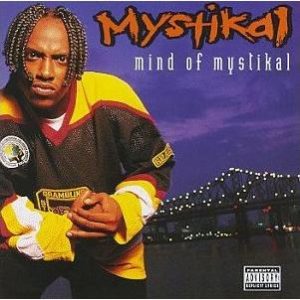 Not only that, but the album also attracted the attention of the New York-based recording label, Jive Records. Impressed by his work, the company soon signed with Mystikal in 1995. From there, the rapper eventually dropped his major label debut, Mind of Mystikal on October 10, 1995. A re-release of his earlier album, it contained several tracks from Mystikal, with the addition of several new titles. Produced by Edwards and Charles Temple, the Southern hip hop album boasted a fifteen-song track list that included Murderer, Never Gonna Bounce (The Dream), Not That Nigga (Remix), Out That Boot Camp licc, I’m, and Beware.

A modest success, Mind of Mystikal peaked at number 103 on the US Billboard Top 200 and at number thirteen on the Top R&B Albums Chart- two reasonable rankings for a new artist. Met mostly with positive reviews, several critics have noted it for its unconventional style and patterns. Since then, the album has sold over 500,000 copies domestically, which earned it gold accreditation from the RIAA.

Within two years’ time, the rapper had come out with his second album, Unpredictable (1997). His first joint venture with Jive and No Limit Records, it featured production from Beats By the Pound, Master P, DJ Darryl, Rick Rock, and The Legendary Traxster. Similar to his earlier works, it contained mostly hardcore and Southern hip hop-oriented sounds; the disc contained seventeen tracks including U Can’t Handle This, The Man Right Chea, Still Smokin, Ain’t No Limit, Born 2 Be a Soldier, Sleepin’ with Me, and Dick on the Track.

His most successful album at that point, it peaked at number three on the Billboard Top 200 and at the top of the Top R&B and Hip Hop Albums Chart. Reception-wise, reviews were also generally positive; for instance Allmusic awarded it a three star rating while The Village Voice gave it a grade of A-. Unpredictable eventually spawned the single, Ain’t No Limit, which charted on the Hot Hip Hop Singles & Tracks Chart. 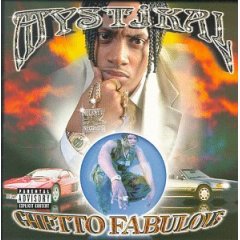 The following year, Mystikal released his third studio album entitled, Ghetto Fabulous. Produced wholly by Master P, it came with an hour’s worth of hip hop including the titles That’s the Nigga, Whatcha Want Watcha Need, Respect My Mind, Stack Yo Chips, Let’s Go Do It, and What’s Your Alias?. Additionally, the album also featured appearances from Snoop Dogg, Charlie Wilson, Silkk the Shocker, and Anita Thomas, among a few others.

A commercial success, Ghetto Fabulous peaked at number five on the Billboard Top 200 and at number one on the Top R&B and Hip Hop Albums Chart- making it his second consecutive album to reach the top of the latter. Within the first week, it had sold more than 386,000 copies. Well received, it went on to give rise to the hit single, That’s the Nigga. As of January 1999, a little over a year after its original release, the album was certified Platinum after selling over 1,000,000 copies.

From there, Mystikal released his best selling album to date, Let’s Get Ready on September 26, 2000. His first record release since parting from No Limit Records, its production was handled by The Medicine Men, Earthtone III, The Neptunes, David Faulk, Mo B. Dick, and KLC. Recorded between 1999 and 2000, the album included the titles Come See About Me, Ain’t Gonna See Tomorrow, Neck uv da Woods, U Would If U Could, The Braids, Danger (Been so Long), and Ready to Rumble). Like his earlier works, it also included guest appearances from OutKast, Latrelle, Da Brat, Petey Pablo, Nivea, and Pharrell Williams.

Upon its release, it entered the US Billboard Top 200 at number one- making it his first album to achieve such a feat; additionally, it also became Mystikal’s third consecutive album to debut at the top of the Top R&B and Hip Hop Albums Chart. Within the first week, Let’s Get Ready get sold more than 330,000 copies in the United States alone. Given rave reviews from critics, it led to the release of two charting singles, Danger (Been So Long), and Shake Ya Ass. 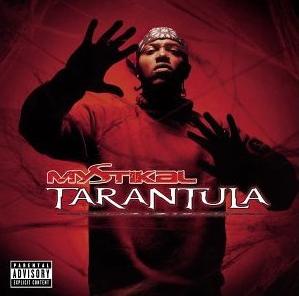 A year afterward, Mystikal dropped his fifth studio album, Tarantula (2001). Produced by The Medicine Men, The Neptunes, Scott Storch, and Rockwilder, most of which he has worked with in the past, it included the tracks Bouncin’ Back (Bumpin’ Me Against the Wall), The Return, I Get it Started, Paper Stack, That’s That Shit, Big Truck Driver, and Settle the Score. Some of the guest artists that made an appearance include Juvenile, Butch Cassidy, Method Man & Redman, Shonnie and Beezy Boy.

Considered an improvement over his earlier album by many, it peaked at number thirty three on the Billboard 200 and at number four on the Top R&B Albums Chart. According to Niel Soundscan, it had sold approximately 153,000 copies within the first week. Although it lost to his earlier albums in terms of sales-amount, Tarantula later received two Grammy Award nominations at the 45th annual ceremony for the categories of “Best Male Rap Solo” and “Best Rap Album”. To date, the album has sold over 500,000 copies, making it his second gold album in the United States.

Since then, Mystikal hasn’t come out with any new albums; having said that, he has released various singles such as Papercuts (Feat. Lil Wayne and Fiend) and Original (Feat. Birdman and Lil Wayne).

According to his official IMDb page, the world-famous rapper will be staring in an upcoming action film called, Mississippi Turntup (2017). Directed and written by Dewey Allen, it will also star Camille Blouin, Just Brittany, Mando Allen, Adraine Conrad, and Willie Evans, although its plot has not yet been revealed. For more information regarding the film, please visit their official Facebook page.

As far as public performances go, it has been announced last month that Mystikal will be joining the star-studded lineup of the 2017 Essence Festival. Set to take place thisJune at the Mercedes-Benz Superdome in New Orleans, it will feature appearances from Mia X and Silkk the Shocker.

If you’d like to stay connected with the Grammy-nominated rapper, you can do so by following him on social media- you can find Mystikal on Twitter at @Mystikal. As well, you can also follow him on Facebook at @itsmystikal.