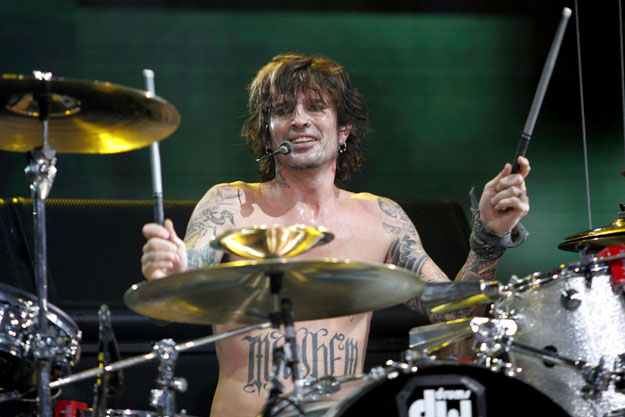 Even by 1980’s Glamrock standards, Mötley Crüe was notorious. Using genre-defying music and their intense reputation, Mötley Crüe made a name for themselves as one of the greatest bands of their generation. It took a lot of effort to bring the band into the public eye, however. Not many people know of the work put into it, or men who founded it. Among those men was Thomas Lee Bass, otherwise known as Tommy Lee. As the band’s drummer, Tommy’s skull rattling beats could be felt in every show. As one of the bands founding members, Tommy’s legacy can be felt to this day, with each album purchased. Since the bands retirement, not many people (aside from core fans) have been keeping up with Tommy. So what exactly happened to Tommy Lee?

The Saint of Sunset Strip 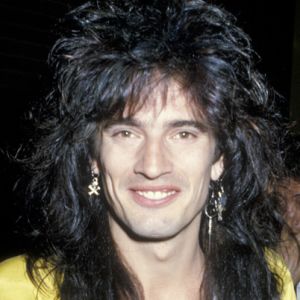 Tommy was born in Athens, Greece, in 1962 to David Lee Thomas Bass and Vassiliki Papadimitriou. The son of a soldier and a Miss Greece contestant, Tommy’s path to music was set at an early age. After moving to California, he got his first drum as a gift at the age of four. After years of practice, he would get a full drum kit as a teenager. He was influenced by his sibling, Athena Lee, the drummer of James Kottak’s band “Krunk.”

His first exposure to the public came when he joined a marching band at his high school, but his first time performing in a venue came in the late 1970s. His band was Suite 19, and they played across the Sunset Strip. It was at one of these small venues that he met Nikki Sixx, his future bandmate. Impressed by Lee, Sixx recruited him into his heavy metal band. With their group assembled, the band known as Mötley Crüe was born.

Music to Crash Your Car to

The reaction to Mötley Crüe’s debut was as immediate as it was loud, with a strong core group of fans right out the gate. Their first album Too Fast for Love was released independently in 1981. They were signed with Elektra Records soon after, and re-issued their debut one year later. Over the course of the next decade, the band rocked their way through a strong line-up of hits. Shout at the Devil (1983), Theatre of Pain (1985), Girls, Girls, Girls (1987) and Dr. Feelgood (1989) established the band’s image as one of the greatest metal bands of that era.

Of his drum solos, Lee was notorious for utilizing gimmicks. Of these gimmicks, most notable were times where he spun his drum kit on a Lazy Susan, and when he flew the entire kit over the crowds. His behavior at shows was also equally outrageous. Somewhere out in the world, thousands of pictures of him mooning the audience are circulating the internet. Off stage, the band was known for their drug usage. Drugs like cocaine and heroin, in addition to alcohol, were all freely used. No exceptions.

Of course it wasn’t all sunshine and roses in the world of heavy metal. Increasing tensions with Neil resulted in Tommy’s departure from the band. This was not a permanent departure however, as Lee returned for the band’s Greatest Hits tour in 1999.

After leaving Mötley Crüe, Lee would go on to further distance himself from the band that made him famous. Though he took part in Mötley Crüe’s autobiography The Dirt (2001), the intervening years saw a string of successes. He frequently appeared on albums by a wide variety of artists. After departing Methods of Mayhem, he recorded with Incubus, and soon after released his solo album Never a Dull Moment (2002). In 2006, he founded another band, Rock Star Supernova, with his friends Jason Newsted and Gilby Clark (of Metallica and Guns N’ Roses fame). 2005 saw the release of another solo album as well as Lee’s autobiography, Tommyland. Finally, Tommy appeared as guest DJ on Independence Day in New York City.

As of November 2007, Mötley Crüe lost Tommy Lee as a member. Lee’s departure came following a legal dispute between his manager and the band. Carl Stubner had been forcing Tommy into scheduling conflicts that interfered with the band’s tour in 2006. This was already following a separate departure from earlier that year. These claims remain refuted however. According to band mate Vince Neil, Tommy had parted from the band on good terms, and that they would continue to record new studio albums that January. Despite the controversy that came from this departure, Lee recorded a new album. He even toured with Mötley Crüe periodically until their final tour, The Final Tour. 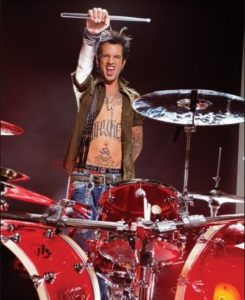 Since departing from Mötley Crüe, Tommy’s artistic endeavors have broadened. Of note was his foray into electronic music. He toured as an electric DJ with Chester Deitz. Electro Mayhem (as they called themselves) turned in 60 club appearances across North America just during 2007. Their debut as DJ’s was at the Ultra Music Festival in 2004.

Since their debut, Tommy and Deitz (otherwise known as Aero) have made a name for themselves on the global DJ scene as America’s biggest EDM band. Their electronic music has memorized audiences for over a decade, and continues to do so to this day.