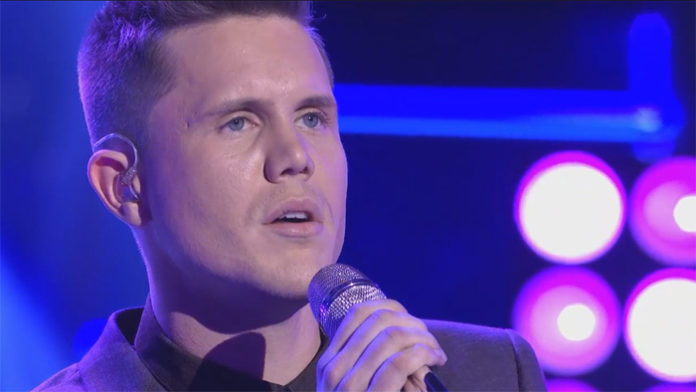 Mississippi-born singer Trent Harmon gained fame and notoriety after emerging as the winner of the fifteenth season of American Idol. A singer since the age of five, he grew up participating in his local church choir. Throughout his youth, he performed in a number of musicals- something that he continued to do even after getting into the University of Arkanas-Monticello. Aside from singing, Harmon is also proficient in the piano, guitar, and drums. At the age of twenty four, he decided to try out for NBC’s singing competition series, The Voice after being encouraged to do so by a close friend. Although he was initially chosen out of a pool of 32,000 contestants, he was later dropped from the show after none of the judges chose him. Unswayed, Harmon later tried his luck again the following year- this time for Simon Fuller’s American Idol. After surprising the judges with a stunning rendition of Allen Stone’s Unaware, he became the first R&B vocalist to be given a spot in the competition.

Working his way toward the top over the next few weeks, he performed a number of songs including Lay Me Down by Sam Smith, Tiny Dancer by Elton John, Stand By Me by Ben E. King, Sharped Dressed Man by ZZ Top and Drink You Away by Justin Timberlake, among others. Despite his musical talents, a virus nearly wiped him out of the competition at the beginning; during the Hollywood week, the Mississippi-native was diagnosed with glandular fever and consequently quarantined in a bathroom in attempts to prevent the spread of the disease. Luckily, he soon recovered and was able to resume with the competition. Continuing to take the show by storm, it wasn’t long before he was standing on the stage as one of the finalists. Some of the other American Idol finalists included La’Porsha Renae, Dalton Rapattoni, Mackenzie Bourg, and Sonika Vald.

After going head to head against La’Posha Renae during the Top 2, it was later announced that Harmon had finished in first place- making him the grand winner of the last season of American Idol. For his coronation song, he performed the title, Falling. Following his competition win, he was signed with Big Machine Records. In the winter of 2016, Harmon came out with his self-titled extended play, Trent Harmon which was made available via digital download. He has since also released two singles, Falling and There’s a Girl, the latter of which was accompanied by a music video directed by Roman White.

What has the former American Idol winner been up to these days? Has he been working on a new full length album? Can we expect to see any new songs from him this year? What has life been like for him after his big win on the show? What happened to Trent Harmon? Where is he now in 2018? 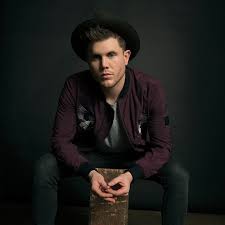 Born on October 8, 1990 in Amory, Mississippi, Trent Harmon (Birth Name: Trenton William Harmon) is the son of Randy and Cindy Harmon. Growing up, he lived in on his family’s farm; he later credited his upbringing on the farm for his strong ethic. When he was five years old, he sang for the first time after being taught the lyrics to Amazing Grace by his mother. From there, he eventually immersed himself into music, joining the local church choir with whom he sang with for many years during his youth. Throughout his teens, Harmon participated in a number of musical productions- from when he was in high school until his college days at the University of Arkansas-Monticello.

A talented pianist, guitarist and percussionist, he also led the worship services at his university for a few years prior to his graduation. After graduating from college, Harmon decided to try out for NBC’s singing competition series, The Voice after being encouraged to do so by a close buddy. For his audition, he performed a rendition of Sam Smith’s Stay With Me, which led him to be chosen from a pool of 32,000 contestants. From there, Harmon was flew in to LA where he continued his audition with a performance of Jealous by Nick Jonas. Many months afterward, he was again, flown to LA with his family to be filmed for the show; despite this, he was never chosen by a judge and was later dropped from the competition. Although he was ultimately rejected from The Voice, he later stated that the rejection helped him to prepare mentally for American Idol. 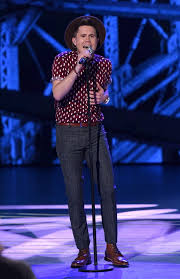 Determined to try again, Harmon later auditioned for the fifteenth season of American Idol  in the summer of 2015 in Little Rock, Arkansas. For his initial performance, he sang a rendition of Unaware by Allen Stone, his vocals having easily won the judges over; many were in fact, surprised to hear that he was raised on a farm. Having successfully gained the approval of his audience members, he then went on to compete in the actual competition. Later in the season, it is revealed that Harmon keeps track of the criticism and comments given to him by the judges in a leather-bound notebook.

Moving on to Hollywood week, Harmon went on to participate in the three different rounds- groups, lines of ten, and solos. For the first test, Lines of 10, he sang Sam Smith’s Lay Me Down; he then sang Rather Be by Clean Bandit and Tiny Dancer by Elton John. Although he successfully cleared the challenge, it didn’t come without obstacles. In the midst of the week, the singer had been diagnosed with glandular fever, a disease caused by a virus that results in enlarged lymph nodes, fever and sore throat. To prevent it from spreading, Harmon was quarantined for most of the week. Thankfully, his body’s defenses was able to overcome the condition, allowing him to resume with the competition.

For the next week, the competitors were given the opportunity to sing a song of their choice for the top 24. Unlike the previous seasons, the performances were judge solely by the series’ producers and judges, which then determined which competitors were eliminated from the show. Separated into two groups of twelve, each saw seven individuals advance to the next round while five went home; this left only fourteen contestants for finals. Harmon ultimately chose to sing Chris Stapleton’s country hit, What Are You Listening To, which earned him a ticket to the next stage of the competition.

After a Wild Card round, which further eliminated four American Idol hopefuls, the finalists consisted of La’Porsha Renae, MacKenzie Bourg, Dalton Rapattoni, Tristan McIntosh, Sonika Vaid, Avalon Young, Lee Jean, Olivia Rox, and Gianna Isabella. From there, the finals took place over a period of six weeks- spanning seven different live shows. The last to go during the top 10 which featured Kelly Clarkson as a guest judge, Harmon performed Sam Smith’s Like I Can.

By the end of the top ten, the number of competitors was down to eight. For the subsequent top 8, each contestant had to perform a Grammy Award-winning title. The sixth to go up on stage, Harmon sang When a Man Loves a Woman by Percy Sledge, which once again advanced him to the next stage. In the end, Lee Jean, and Avalon Young were sent packing. 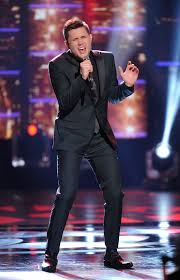 The following week, all of the contestants were paired up one of their peers to perform a duet. For this round, Harmon found himself singing See You Again by Wiz Khalifa and Charlie Puth with La’Porsha Renae. Advancing with Renae, he eventually performed Sample Man by Lynyrd Skynyrd and Counting Stars by OneRepublic for the top five.

For the Top Four, each act had to perform two classic rock titles. Mentored by STevie Van Zandt and Sia, Harmon chose to sing Sharped Dress Man by ZZ Top and Chandelier by Sia, a performance that earned him a spot in the top three. From the four, La’Porsha Renae and Mackenzie Bourg ended up in the bottom two, with the latter later being eliminated from American Idol.

Continuing on with the competition, each of the three remaining finalists were to perform three songs- one chosen by the judges, one chosen by Scott Borchetta, and another dedicated to their home-town. The titles that Harmon ended up performing were Tennessee Whisky by Chris Stapleton, Drink You Away by Justin Timberlake, and Waiting Game by Parson James. Ultimately, Dalton Rapattoni was eliminated that week.

This left Harmon going face to face against La’Porsha Renae- the same individual that he had teamed up with just a few weeks ago. For the highly anticipated grand finale, they both sang an original single, one of their favorite songs, and a song chosen by Simon Fuller. Harmon ended up performing Falling, If You Don’t Know Me By Now, and Chandelier. On April 7, 2016, the Mississippi singer was announced as the winner of season 15, with La’Porsha Renae as the runner up.

As the champion, Harmon was signed on to Big Machine Records shortly after his win- it was later announced that his debut album will contain both indie-soul and country-oriented tracks.

On December 9, 2016, just a few months after being on American Idol, the singer released his self-titled extended play, Trent Harmon via digital download. Made available via 19 Recordings, it featured five country tracks including There’s a Girl, Drink You Away, Sharp Dressed Man, Chandelier, and Falling (Remix). Critical reception wise, reviews were generally positive; it currently has a four and a half star rating on iTunes.

It has been announced that the Pop Idol champion will be co-headlining the Steak ‘n Shake Carb Night Burger Cash event alongside Verizon IndyCar Series drivers this upcoming May. Set to take place in Downtown Indianapolis, all of the proceeds will go to various local nonprofit organizations.

In addition to that, Harmon will also be headlining a concert during the Baglefest event at Peter Park this summer- more specifically, he will be performing on the night of July 22, 2017.

As far as past events go, the singer recently held a special acoustic concert on the US*99 Double Play Live Broadcast on Monday, April 10, 2017- one of the many songs that he performed included his new hit title, There’s A Girl.

If you’d like to stay in touch with the 26-year-old artist, you can do so by following him on social media. You can find him on Twitter at @TrentWHarmon or on Instagram at @officialtrentharmon. Don’t forget to also visit his official Facebook page at @TrentHarmonMusic for some of the latest announcements and news!