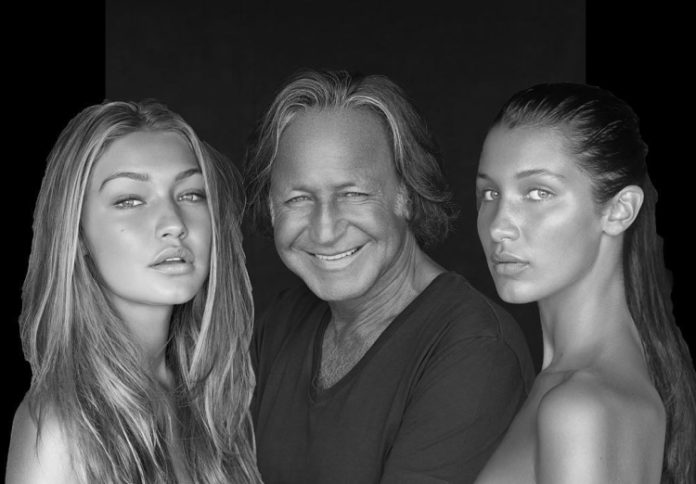 Known for building extremely luxurious hotels, mansions and estates within the affluent neighborhoods of Bel Air and Beverly Hills, California, Mohamed Hadid has quite literally built his reputation brick by brick. He has also stacked bricks of $100 bills as well. Here, we take a look at some common questions and the Net worth of Mohamed Hadid.

How did Mohamed Hadid make his money & wealth?

Mohamed Hadid is an interesting character, especially when one looks at how he made his money. Starting off as a car salesman, Hadid would often restore classic vehicles (often Rolls-Royce sedans) to what could be considered “good as new” and sold them off for a tidy profit within the Washington D.C. Area. He would then fly off to Greece, where he would found a nightclub on the island of Rhodes. Using the profits from this business, he would return to the United States and take a page of Warren Buffet: “Invest, take the interest and invest again, and live off that interest”. Mohamed Hadid would return to the D.C. area as a Real Estate legend. Outmaneuvering other agents, Hadid would end up taking and making deals, as well as developing real estate near the capital to the tune of millions of dollars. He would quickly acquire a 1,000 acre farm in Maryland that used to be owned by the founder Chrysler, as well as a wife named Mary Butler.

In the 1980’s, Hadid would kick his business into high gear. Moving west, Hadid would go head to head with the now President Donald Trump, and win. In a real estate grab battle, Hadid would take from under Trump a foreclosed lodge and 66 acres in Aspen, Colorado. This would turn into a legal battle with Trump, which Trump either couldn’t or wouldn’t really engage. Instead Trump asked for $6 Million to drop the suit, and Hadid would go on to build a luxury hotel there, now under the St. Regis banner. This would end up being another money factory for Hadid, who then moved through the real estate circles of New York and eventually L.A., making big moves in the luxury market. He now stands at an astounding $100 Million in net worth.

Mohamed Hadid has been married twice, and may yet again get married. First to Mary Butler, and then to Yolanda can den Herik (also known as Foster or Yolanda Hadid), who was a Ford fashion model. She was recently featured in The Real Housewives of Beverly Hills, and had three children with Mohamed: Gigi, Bella and Anwar. The trio are often seen as popular celebrities on Instagram and other social media, with Gigi and Bella being noted supermodels. His current partner goes by the name of Shiva Safai, and the pair have been rumored to be engaged for quite some time. It has been noted that there is a 33 year age difference between Mohamed and Shiva.

Given Hadid’s Real estate and development efforts usually requiring multi-year contracts and the recent mix up with the law regarding permit violations, it can be hard to estimate Hadid’s annual income with any stability. However, one can assume based on previous years earnings we can expect a net salary of around $43,000,000. 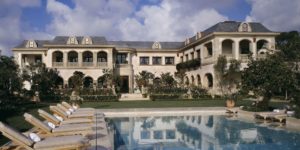 To call Mohamed Hadid’s estate a house is akin to calling the Mississippi river a nice creek. Le Belvedere, as it is called, has a unique story behind it. While sold off some years ago in 2010 by Hadid for $50 million, he has returned from his previously owned home, The Crescent Palace back to this location for the time being. This 40,000 square foot property has 10 bedrooms, 15 bathrooms, a full ballroom, a relaxation area called a Moroccan room, a Turkish Hammam (often called a Turkish Bath), 8 rose gardens, a music room, and to top it off, a 12 person spa and recreation area that includes a 70 foot infinity fool, outdoor kitchen and fireplaces. As an added bonus, there’s a 5,000 bottle wine cellar downstairs, and odd addition considering Mohamed reportedly does not consume alcohol. 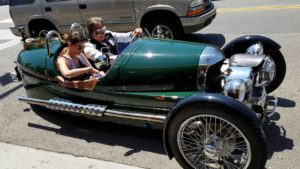 While definitely a man who enjoys a great deal of different cars, he seems most proud with his latest purchase. A 3 wheeled Morgan, which gives off classic vibes of a getaway car that uses a twin filter engine to rocket himself and Shiva up to 60 miles per hour in 4.5 seconds. Amazingly, the tycoon only paid around $40,000 for his current ride.

While not revealing much in the way of openly promoting charities, the Hadid family has ties with the Vision of Children Foundation, which has research and application divisions in helping end hereditary sight disorders throughout the world. This is primarily provided for through the Hadid Eyewear brand. Hadid has also been seen supporting the Vanderpump Dog Foundation recently during their gala.

As can be seen in previous sections, Mohamed Hadid has made for himself an empire of real estate, working from a car restoration specialist to a club owner to a tycoon. He has also in recent years been affiliated with multiple reality shows due to his family, which have helped shove him yet again into the public light.