What Happened to Amanda Knox – What She’s Up to Now? 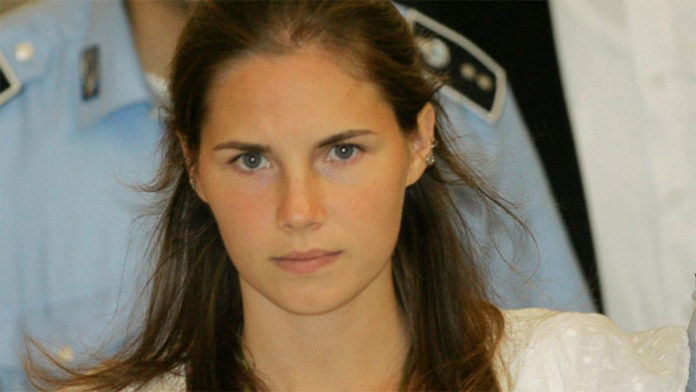 Amanda Knox garnered public attention after being convicted and acquitted in the murder of Meredith Kercher in 2007. Originally from Seattle, Washington, she headed for a university in Perguia, Italy, where she planned on spending a year as a foreign student in; for this, she had worked several part-time jobs to earn the necessary funds. Once there, the 20-year-old Knox was paired up with fellow exchange student, Meredith Kercher, who also happened to be studying linguistics abroad. Little did she know at the time that she would soon get caught in what would be an elaborate crime scene scandal. On November 1, 2007, Knox and her boyfriend Raffaele Sollecito headed back to her dorm after she was sent home from work. To their horror, what greeted them at home were broken windows and blood smears in the bathroom. Immediately calling police, the two stood and waited until the authorities arrived.

Soon after their arrival, Kercher’s body was located on the floor of her bedroom, soaked in blood. As they were the ones to discover the crime scene, both Knox and Sollecito were taken to the station, where they were interrogated for five days. Unfortunately, a language barrier between them and the officers made answering questions difficult; it was later revealed that she was beat up while in custody. Long story short, Knox was eventually sentenced to serve 26 years behind bars in the winter of 2009, despite the fact that forensic evidence proved that there was a third party involved in the murder. Covered on television worldwide, the case quickly became front-cover news in the United States. In spite of her sentencing, many continued to believe in her innocence; throughout her trial, she garnered millions of supporters, mostly from the US- many also took the time to criticize the flaws of Italy’s legal system.

A couple of years after the initial trial, the convictions again Knox were overturned, much to her and her family’s relief; she eventually headed home to Washington. In early 2014, the Italian courts sent shock waves around the world once again after changing their minds and concluding that she was in fact, guilty of murder. As a result of this conviction, Knox was sentenced to 28.5 years in prison. After a year of struggling to cleanse her name, the convictions were ultimately overturned by Italy’s Supreme Court in the spring of 2015. Since returning home for a second time, Knox has shared much of her journey in her memoir, Waiting to be Heard: A Memoir, which has since become a best-seller.

What has the former exchange student been up to since then? What has she dedicated her life to now that she’s a free woman? What has she been working on nowadays? Has she made any public appearances in the past months? What happened to Amanda Knox? Where is she now in 2018? 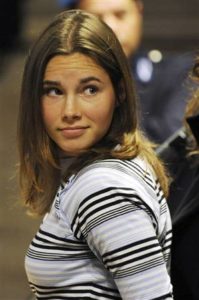 Born on July 9, 1987 in Seattle, Washington, Amanda Marie Knox is the daughter of Curt Knox, an employee of the finance department at a local Macy’s, and Edda Mellas, a mathematics instructor; the oldest of four children, she has three younger sisters. When she was still a toddler, her parents divorced. From her mother’s second marriage, she eventually gained two step-sisters named Delaney and Ashley. Growing up in a middle class household, she was talented in sports and especially enjoyed playing soccer. As a teen, she went to Seattle Preparatory High School, where she eventually graduated from in 2005. Ever since she was a child, Knox loved to travel; by the time she was fifteen, she had visited the ruins of Pompeii, Rome, Pisa, the Amalfi Coast, and Italy- the last of which she was especially fond of.

Following her high school graduation, Knox enrolled at the University of Washington where she studied linguistics. A top student, she easily made the dean’s list while studying at the institution. Described as a gentle and kind individual by her friends, the Seattle-native eventually started to work several part-time jobs in order to fund her dream of studying abroad in Italy. Despite her step-father’s reservations, Knox eventually set off to an university aimed toward foreign exchange students in Perugia in early 2007; her plan was to spend a year studying Linguistics abroad in the Italian city.

After arriving in Italy, Knox was paired up with fellow Linguistics exchange student, Meredith Kercher from London in her dorm. Quickly befriending each other, the two eventually went to a classical music concert together, during which the Seattle-native met her eventual boyfriend, Raffaele Sollecito- a computer engineering student.

The Murder of Meredith Kercher 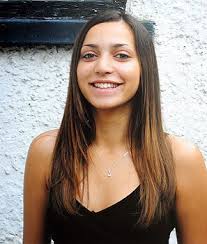 On the night of November 1, 2007, Knox and Sollecito headed back home after being told she wasn’t needed at work. Upon returning to her dorm the next afternoon however, the pair were horrified to discover that the window was broken, the front door was open, and that blood smears covered the bathroom tiles. In a state of panic, she immediately called her roommate on her cellphone but there was no answer. Finally, the two chose to call police.

Upon arrival of the officers, Kercher’s body was found inside her bedroom, soaked in blood. Seeing as they were the ones to discover the scene, both Knox and Sollecito were taken to the police station where they were interrogated for five days. Although her parents urged her to come home, Knox decided to stay; she later revealed that she had been beaten and bullied while in custody.

Eventually during the interrogation, Knox signed a confession that stated that she returned back to her dorm on the night of November 1, 2007, while Sollecito was sleeping in his apartment. According to her, Diya Patrick Lumumba, a Congolese bar owner had stabbed Kercher to death in her room. However, police soon ruled him out as a suspect due to an airtight alibi. Possibly due to the inconsistencies with her statement, Knox and Sollecito were arrested for murder on November 6, 2007 by Italian authorities.

Forensic Evidence from the Crime Scene

A couple of weeks later, an examination of DNA evidence left in the crime scene revealed that neither Knox nor Sollecito were the likely perpetrators that they were looking for- but that instead a third party, Rudy Guede- a friend of the girls’ neighbor was involved. According to reports, Guede had a criminal history and had been accused of several counts of burglary in the past, although he had never been convicted. Quickly apprehended in Germany, he admitted that he was present at the scene, but that he did not kill the London exchange student. Additionally, he also stated that Knox and her boyfriend were not involved. 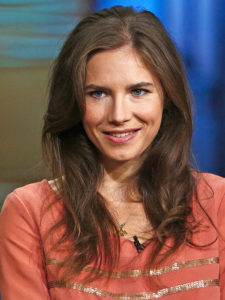 In October of 2008, Guede was found guilty for the sexual assault and murder of Meredith Kercher, which led him to a prison sentence of 30 years. Although Guede himself had stated that Knox was not involved, she was eventually also sentenced to 26 years in prison.

A surprise to everyone, it led many of her family members and supporters to protest against the sentencing. Before long, the case had become front-page news around the world. Not only did millions come together to support Knox, but many also pointed out the flaws with the Italian legal system, some even claiming that it discriminated against Knox as she was an attractive, American woman.

Three years later in October of 2011, the murder convictions were overturned after a legal organization called the Idaho Innocence project helped to prove Knox and her boyfriend’s innocence via DNA testing. After what seemed like an eternity, she returned home to Seattle, Washington.

From there, Knox continued her studies at the University of Washington where she majored in creative writing. Her days as a student didn’t last long however, as she was soon ordered back to the Italian court for the murder of Kercher. To everyone’s dismay, the final court of appeal had overturned the previous acquittal. Following the overturn of the acquittal, a new trial started in late September of 2013.

In February of 2014, the Italian court once again sent shock waves around the world after finding both Knox and Sollecito guilty again of murder. Allegedly, a new piece of evidence was found on a kitchen knife, which was believed to be the murder weapon- one that contained a minuscule amount of Knox’s DNA on the handle. As a result, she got 28.5 years in prison, while Sollecito got 25 years.

By now, many were starting to have doubts about the Italian legal system. How can someone be found guilty of murder after just being acquitted from the crime not too long ago? Especially when there was a significant lack of evidence?

The Final Decision by the Supreme Court of Italy

In an interesting turn of events, Italy’s Supreme Court once again overturned the previous convictions in March of 2015. Fortunately, this time the ruling was the final decision; details on the verdict were later made available in June.

Extremely grateful and relieved at the court’s decision, Knox issued an emotional statement following her release. 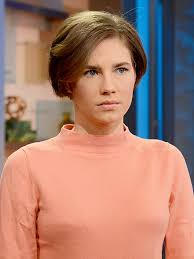 Since being free, Knox has returned home (for a third time) to finish her degree in creative writing at the University of Washington; initially, she often found herself tailed by the paparazzi. Eventually becoming a freelance journalist, she released a memoir called Waiting to be Heard: A Memoir, a book outlining her experiences which quickly became a best-seller. According to reports, most of the proceeds from the title went toward playing the legal fees of her Italian lawyers.

Currently, Knox works as an occasional freelance writer for the West Seattle Herald, a local weekly newspaper. In addition drawing from her own experiences, she is also determined to become an advocate for those who are wrongfully convicted. To date, she has attended a number of Innocence Project events- the same organization that helped prove her innocence once before.

Just last year, a documentary about her case was released on Netflix called Amanda Knox– one that quickly gained the attention of viewers online. Speaking of said documentaries, the whole conviction process has also been chronicled in several other films such as A Long Way from Home, Amanda Knox: Murder on Trial in Italy, and Murder Mystery: Amanda Knox Speaks. Most of said titles have received positive reviews from viewers.

Most recently, headlines about President Trump being “very upset” with Knox surfaced on various news tabloids. According to reports, he had fully supported her innocence and had even donated a large sum of money to her defense fund; allegedly, he had even tweeted in support of her during her trial. However, it was soon revealed that Knox had gone ahead and voted for Hillary Clinton in the recent election. An associate for Trump has since stated that the president is upset with the Seattle-native.

If you’d like to stay connected with the 29-year-old brunette, you can do so by following her on social media- you can find her on Twitter at @amamaknox.