Jacob Sartorius Net Worth in 2018 – How Much He Actually Makes 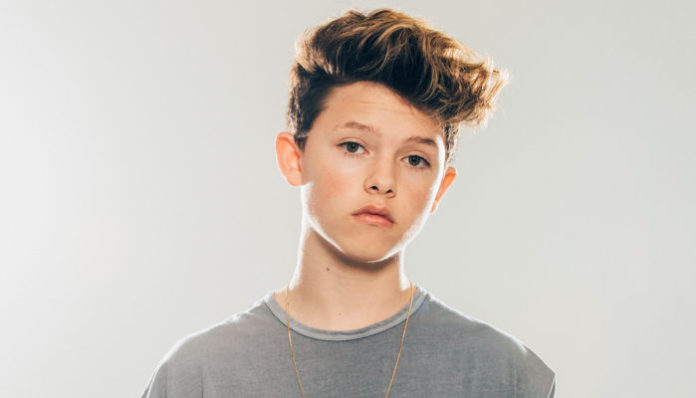 After looking at Cameron Dallas last week, I thought it might be interesting to keep this internet celebrity thing going, and picked up the article on Jacob Sartorius. This one was new to me, Jacob seems to be primarily a singer, but it is unlikely that that is how he makes the majority of his money. He’s an internet star, and all of those people make their cash through their fans, through the fact that they can display anything to literally millions of people, and played right, that can be very lucrative. The 14 year old up and comer rose to fame due to his posting of vine videos, and a combination of sympathy, talent and looks helped him become one of the most subscribed people on the now ailing platform. It will be interesting to see where his career goes now with Vine dying, but if the release of his debut EP and his subsequent World Tour are anything to go by I am sure he’ll be fine.

So let’s take a look through his financials, see where he came from, and what the future holds for Jacob Sartorius.

How Did Jacob Sartorius Make His Money & Wealth?

Last week I did an article on Cameron Dallas, another internet star, and I learned a fair amount about how social media sensations make their money. Jacob Sartorius’ story bears a minor resemblance to Justin Bieber’s. A young boy, posting videos online of himself singing and lip syncing, and thus gaining a following with a certain demographic. Jacob was born in 2002, making him 14 as of right now, and has had a bit of a rough life.

His birth parents gave him up for adoption due to not being able to take care of him, and a love of musicals and performing led to him being bullied extensively. Vine was an outlet, but it wasn’t long before his fame caused the bullying he was receiving to get worse. He has moved schools as a result of it, which is ludicrous, but such is the world we live in.

Early in his career his primary income was through advertising, through the likes of Vine and YouTube. In 2016 he signed to an independent record company and released his debut single, Sweatshirt. I’ve listened to it and while it is not to my tastes, I can see the appeal, and seen as I’ve never made a single I can’t critique it too harshly. The track performed better than Cameron Dallas’ debut, by actually breaking the Billboard Hot 100, peaking at 90. This January he released his debut EP, The Last Text, which has been selling very well all things considered, and he is undergoing a tour in support of the record. It is an international tour as well, and he will be appearing in North America, Europe and Australia.

All things added he looks to be on the fast track to both wealth and stardom. Already being worth around $1 million is a good place to be at 14, and I fully expect that number to be much higher this time next year. There is one thing to worry about. Seen as he is so young, 14, he is not in control of his finances, nor is he likely getting the best deals he can get with management. I have seen a few stars fall as a result of mismanaged funds and less that reputable management, so we will see how this develops.

Jacob Sartorius is only 14 years old, of course he’s not married. He has been romantically linked to a few fellow internet celebrities, but nothing substantial is for coming. He is on record saying that he is dating chocolate milk, but it is likely this was in jest.

Where is Jacob Sartorius from?

Sartorius was born in Oklahoma, but was given up for adoption by his birth parents. He was raised in Virginia, where he resides today with his family.

What awards has Jacob Sartorius won?

Jacob Sartorius is still very early in his career, but that hasn’t stopped him form being nominated for awards. He has yet to win any, but the year is far from over, and the Shorty Awards have yet to be decided.

Sartorius lives with his family in Renton, Virginia. The family home was undergoing renovations in 2014, whether to match the new lifestyle or in preparation for a move, I have no idea. Unfortunately I could only find pictures of the home whilst it was being renovated, and cannot find any images of the no doubt now finished home. If you look closely on the right side of the image, you can see Sartorius’ basketball hoop, featured in many of his videos, and the winding path leading to the front door, again seen in some of the former Vine stars’ videos.

What kind of car does Jacob Sartorius drive?

Sartorius is, again, 14, he cannot drive, and does not have a license.

Where can I see Jacob Sartorius this year 2017?

Jacob has dates lined up until the middle of July for his World Tour. It is taking him up and down north America, over to Europe, and even a few days in Australia. He’ll be in Texas on the 6th, 7th and 9th of April, before moving onto Washington, Boston and California. Next month sees Jacob perform in Australia.