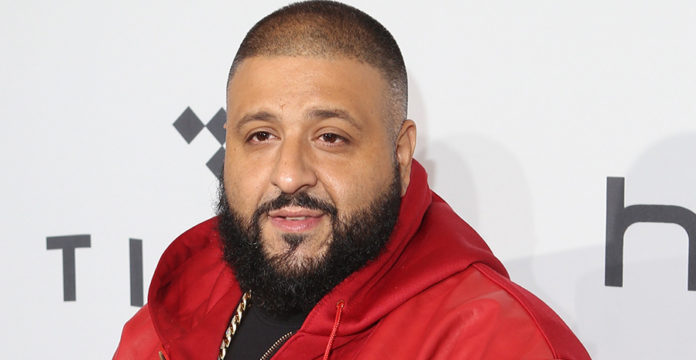 DJ Khaled has had a very interesting rise to prominence in the entertainment industry. Although he began his career as a successful rapper and producer, anyone who is familiar with Internet culture can tell you that he has become much more than that. DJ Khaled is something of a famous web personality, along with being a successful musical artist. Both of these things can majorly contribute to a person’s wealth. How rich is DJ Khaled? What is it DJ Khaled’s net worth? In this article, I intend to answer that question, among many others. I’ll talk about DJ Khaled’s riches, while also making sure to discuss how he was able to become so successful in the first place. Without further ado, let’s learn a little bit more about the key to this mogul’s success.

How did DJ Khaled make his money and wealth?

DJ Khaled was born as Khaled Mohamed Khaled in November of 1975 in New Orleans, Louisiana. Khaled’s parents are from Palestine, and he was brought up as a devout Muslin. Both of his parents were musicians, and they strongly supported their song when he showed an interest in rap music at a young age. Like many other aspiring musical artists, Khaled started out small. His career in music began when he started to work for a recording store. This may not sound like a viable start to a career in such a competitive industry, but it really was one. Working in these types of settings, Khaled was able to meet and befriend artists before they became major names. For example, Khaled used to work at a record store in New Orleans called Odyssey, where he was able to meet artists like Lil Wayne and Birdman before they were household names. This was definitely cool, but Khaled had his sights set a little higher than working at a record store. 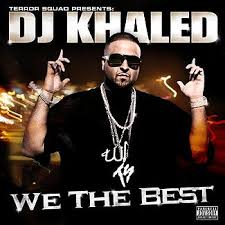 He began his career as a DJ, mixing at various soundclashes and also working at a few different radio stations. (During this time, Khaled went by the stage name Arab Attack. Although DJ Khaled is still very proud of his ethnicity, following the September 11 terror attacks, he felt that keeping this title would be seen as insensitive.) Khaled’s beats started to attract attention both locally and nationally, and by 2006 he was able to release his debut album through Koch records. Considering it was just his debut, it did pretty well for itself, premiering on the Billboard 200 chart at number 12. The success of the album could probably be owed to the fact that it featured so many big name artists. It was just Khaled’s first ever album, but it featured work from people like Rick Ross, Pitbull, John Legend, Lil Wayne, Akon, Dre, and even Kanye West. The release of this album was definitely an instance where Khaled’s prolific networking abilities paid off. He carried the success of Listennn…the Album into 2007, when he released his second album We the Best.

We the Best charted even better than Khaled’s previous, debuting at number 8 on the Billboard 200 chart. Just like his prior work, this album seemed to be really built on strong work from a variety of different guest artists, like T-Pain, The Game, Flo Rida, Ja Rule, and Jadakiss. By this point, I think it’s safe to say that DJ Khaled had become a very established name in the music industry. However, Khaled did not seem content with his successes. He created yet another album We Global, which was released in September of 2008. This album continued the upward trend of his word, peaking at number 7 on the Billboard 200. We Global marked Khaled’s earliest major collaborations with artists like Missy Elliot, Busta Rhymes, Ray J, Nas, and Trey Songz. In 2010, he returned with yet another album in Victory. Perhaps the most significant song to come from the album is the single “All I Do Is Win”, which features Ludacris, T-Pain, Snoop Dogg, and Rick Ross. It was by far the biggest track to come from Victory and it has since become an almost iconic song in pop culture. 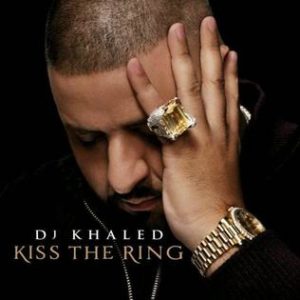 The success of this specific song served to sort of balance out the overall performance of the album, which was a little disappointing, peaking at just number 14 on the Billboard 200, a marked drop from his previous albums. However, Khaled definitely didn’t seem deterred, coming back to release We the Best Forever in 2011. The album was positively reviewed, and it performed better than all of his other album previous, debuting and peaking at number 5 on the Billboard 200 chart. The album featured all of Khaled’s standard collaborators, along with people like B.o.B, Tyga, Chris Brown, Ne-Yo, Mary J. Blige, Big Sean, Meek Mill, and Waka Flocka. In 2012, he released his sixth studio album Kiss the Ring, which helped Khaled to acquire his new record on the Billboard 200 chart at number 4. Kiss the Ring was just as star studded as his previous work, being supported by artists like J. Cole, Wiz Khalifa, Kendrick Lamar, Nicki Minaj, and 2 Chainz. As Khaled became more and more popular, it became easier and easier for him to pull these huge names into his work.

In 2013, Khaled released Suffering from Success, which was a little less successful than his prior album, debuting at number 7 on the Billboard 200 chart. His numbers continued to slip in 2015, when he released I Changed a Lot. This album just debuted at number 12 on the Billboard 200 chat, selling around 19,000 copies during its first week. However, around this time, Khaled began to develop a cult online following due to the larger than life persona that he put on on social media. He became well known for various Internet memes, which obviously did a lot to boost his popularity in music. Perhaps with the help of this popularity, his 2016 album Major Key was his most successful yet. It was Khaled’s first ever number one album, and it even earned him a Grammy award nomination for Best Rap Album. Needless to say, Khaled must have discovered the real key to success between 2013 and 2016, because he saw his popularity rocket during that time period. His wallet definitely benefited from it all, too.

DJ Khaled made headlines a couple of years back when he proposed to Nicki Minaj, friend and regular collaborator. Apparently, the proposal was just a joke, but his proposal to Nicole Tuck is a very real one. Khaled and Nicole have been together for a good while, and they have a son together (Asahd) who was born in October of 2016.

2016 was a very big year for DJ Khaled. Not only did he see himself acquire a massive following online, but he also saw the release of Major Key, which is without a doubt the most successful album that he has ever put out. It has been estimated that DJ Khaled made approximately $3 million in 2016 alone, which is definitely impressive when you consider that the vast majority of his earnings prior was accumulated between 2006 and around 2012. His income has definitely spiked in recent years.

How much does DJ Khaled make per day?

If you use Khaled’s previously estimated salary as a starting point, then you can just do some simple math in order to calculate DJ Khaled’s daily income. In a year consisting of 365 days, Khaled makes about $8,200 per day. Considering he got his start in the industry by working in record stores, this is very impressive.

Where does DJ Khaled live? Picture of DJ Khaled’s house

Earlier this year, Khaled attracted a lot of attention when he bought a mansion in Beverly Hills, California. The mansion was originally listed as being worth a whopping $11 million, but Khaled probably negotiated that price down a little bit before purchasing it. The mansion, which previously belonged to Robbie Williams, was only built in 1992. It features a gym, a media room, a maid’s quarters, an outdoor kitchen, a pool, and a spa. It’s a house fit for a king, and I think that everyone can agree that Khaled earned this one.

Although many people may think of DJ Khaled’s success as some kind of Internet meme or joke, a lot of his work is highly regarded by a lot of different people. Over the years, he has received numerous nominations and awards for it. In 2009, he was named DJ of the Year at the BET Hip Hop Awards. He would also earn this award in 2011, 2012, and 2015. In 2016, I Changed a Lot was nominated for Album of the Year at the very same BET Hip Hop Awards. In 2012, Khaled received his first Grammy nomination for “I’m on One”, featuring Rick Ross, Drake, and Lil Wayne. This track was nominated for Best Rap/Song Collaboration, but it did not win. In 2017, Major Key was nominated for a Grammy for Best Rap Album, although it ultimately lost to Chance The Rapper’s Coloring Book. You may see DJ Khaled as a joke, but all of these accolades seem to suggest otherwise.