Cameron Dallas Net Worth 2018 – How Rich is the Superstar? 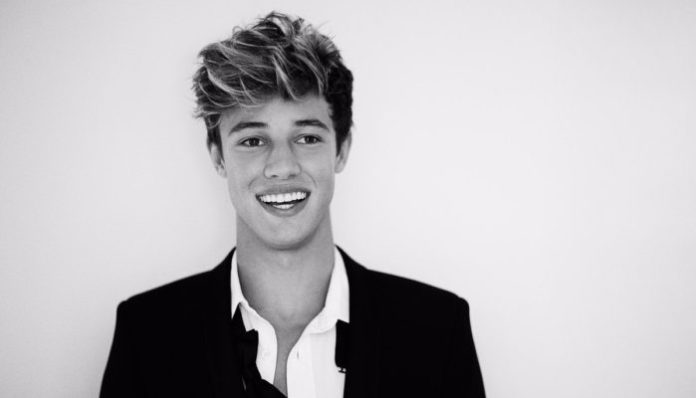 When I grabbed this assignment from the bin I honestly thought it would be a continuation of what I had been writing so far, a DJ or something that I hadn’t heard of. Instead we have a YouTube/Vine star. Always good to have a change of pace, never let it be said otherwise, but the whole internet celebrity thing has never at well with me personally. A look through Cameron’s career has been interesting, and I am sure you’ll be interested as well, a blend of all kinds of things, from singing, to acting, to simply “pranking” people. What i find most interesting about internet celebrities is that more so than any other kind of celebrity they earn their money through  their fans. Sure, Cameron has been in a couple of movies, but the crux of his wealth comes from the fact that he can display anything to millions of people. So I took a look into his financials, to see what he’s been selling.

So let’s take a look back and see why Cameron Dallas is famous in the first place, and how he’s been making his money.

How Did Cameron Dallas Make His Money & Wealth?

Cameron Dallas is primarily an internet celebrity. It means that the vast majority of his money comes from advertising, though I prefer to think of it as leveraging a fan base. It is not a bad thing, and it is something I would seriously consider doing should I ever gain a following, but it is different from advertising. Internet stars have a far more intimate relationship with their fans than most other kinds of celebrity. People follow them mostly because of their charisma, being personable and fairly often because of that they look like. Dallas first came to international attention in 2012 when he began posting prank videos on Vine. Vine was a service where users would post short form videos for others to view. it had all the usual trappings of social media, with account following and commenting. It died recently, and while you can still view the videos on the site, you cannot upload new ones. Cameron’s channel soon had over 8 million followers, making him the 11th most subscribed channel on the service. He soon expanded to YouTube.

His online following is substantial, and he was able to use this fame to break into film. Dallas has appeared in a number of feature films, including Expelled, The Frog Kingdom and The Outfield. No doubt he made a fair amount of money from them. In 2016 he starred in his own reality show on Netflix, which so far as I know was popular enough to be picked up for a second season. Back in 2015 Dallas released a single, She Bad, a mixed genre pop track that failed to chart, but did at least sell fairly well. Going forward Dallas will be releasing more music, more TV, and of course more internet videos.

Not so far as I can find out. He did turn heads a while back by wearing a band on his ring finger, but it is more likely this was an attempt to court controversy than any indication regarding his love life. He has stated publically that he is single, and unattached.

Where is Cameron Dallas from?

Cameron Dallas is from Los Angeles County in California. It is said that he was born in New York, but seen as he was raised in California from a young age, I feel that point is somewhat moot.

What awards has Cameron Dallas won?

Though he is still in the early stages of his career, Cameron Dallas has won several awards. He has won a Teen Choice award every year since 2014, mostly in the now defunct Viner category. This year he has already won an award for favorite social media star, at the 43rd Annual People’s Choice Awards.

Cameron is rumored to live at 1600 Vine St, Los Angeles, CA 90028, USA, in an apartment shared with a number of other vaguely famous people. I cannot confirm this though. His PO box is nearby, so it looks fairly likely.

Where is Chasing Cameron Season 2?


Cameron Dallas got his own reality show on Netflix last year, and while critically reception has been mixed to say the least, it is very likely that the show will get a second season. It has proved popular with fans of the social media star, and if things go forward the same as any other reality show, we can expect the second season to air sometime in the late Fall or early winter 2017.