Madonna Net Worth 2018 – How Rich is Madonna Actually? 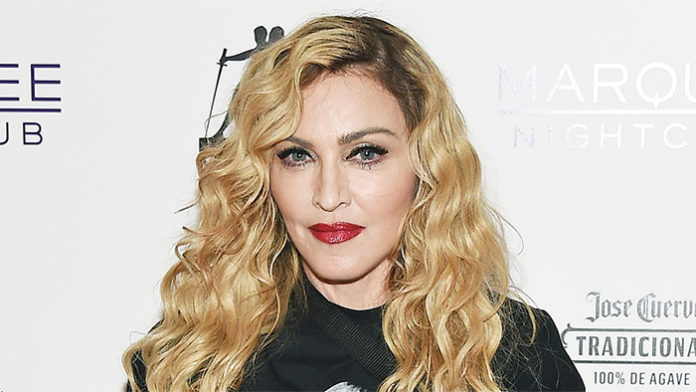 Dubbed the Queen of Pop, Madonna is not only one of the most influential artists in the world, but she is also the the best-selling female artist of all time, according to Guinness World Records. Initially a dancer, it wasn’t until the 80’s that she first started to get involved with singing. At the age of twenty, she moved to New York with only $35 in her pocket- who knew that one day her net worth would be in the hundreds of millions?

How was her fortune accumulated over the years? Let us take a closer look at her career.

How did Madonna Make Her Money and Wealth? 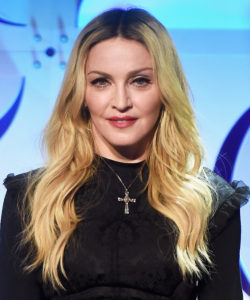 Born on August 16, 1958 in Bay City, Michigan, Madonna grew up in a strict, Catholic family. As a teen, she was a straight A’s student; not only that, but she was also a talented cheerleader and dancer. In fact, her initial ambition was to pursue a professional career in dance. At the age of twenty, she dropped out of college and moved to New York with only $35 in her pocket. To support herself, she worked as a backup dancer for various artists.

By 1979, Madonna had joined her first band, The Breakfast Club, for which she both sang and played the guitar and drums. After a couple of years, she left to form a new band called Emmy. From there, the blonde eventually decided to embark on a solo music career. Forging a recording contract with Sire Records, she later released her debut single entitled, Everybody (1982), which was followed by Burning Up in the spring of 1983.

However, it wasn’t until the subsequent release of her debut album, Madonna that she captured the public’s attention with her vocals. Gradually climbing up the charts after being released, it soon peaked at number eight on the US Billboard Top 200 and at number twenty on the Top Hip Hop Albums Chart. Not only was it a hit in her native United States, but the album also made its way onto numerous charts around the world such as those in the UK, Sweden, Japan, France, Canada, Australia, and South Africa. To date, Madonna has gone five times Platinum in the US, having sold more than 5,000,000 copies- it has also been said to have earned her over $11 million.

A year after her initial success, Madonna released her second album, Like a Virgin. A chart topper, it easily peaked at number one on the US Billboard Top 200, where it stayed for a week. Overseas, it also topped the music charts in the UK, Spain, Germany, and Italy. Within four months of its release, the album had sold an astounding 3,500,000 copies. A record-breaking release, it later became the first album by a female artist to achieve over five million units in sales. Since then, Like a Virgin has been certified ten times Platinum by the RIAA after selling over 10,000,000 copies in the US. Not only did it effectively cement her popularity, but it also yielded her close to $30 million in profit.

In the summer of 1986, Madonna came out with her most successful album to date, the 7x Platinum True Blue. A global success, it reached the top of the Billboard Top 200 within two months, where it eventually stayed for five consecutive weeks. Internationally, the album also proved to be a chart topper in a number of countries including Spain, New Zealand, the UK, Italy, Germany, France, Finland, Canada, and Australia. Met with nothing but glowing reviews, it has since sold over 7,000,000 copies in the United States, and over 25,000,000 copies worldwide- making it one of the best-selling music albums of all time. Considering that, it’s not surprising to know that it earned her a little over $30 million.

After a three year long break, the blonde returned to the music scene with the release of her next title, Like a Prayer (1989). A highly anticipated album, it entered the Billboard Top 200 at number eleven and later reached the top after three weeks. Another high-performing album by the artist, it ended up peaking at number one in twelve different music charts around the world. Supported by half a dozen singles, Like a Prayer has since sold over 15,000,000 copies worldwide; although its sales amount is lower than her earlier works, it is still impressive nonetheless. The four-times Platinum album reportedly yielded Madonna a little over $23 million.

In addition to the wealth that her musical releases have brought her, she has presumably also earned a sizeable amount through concert tours. Since her first tour in 1985, Madonna has embarked on nine additional tours- all of which have earned at least a few hundred million at the box office. For example, her 2008 Sticky & Sweet Tour had brought in over $408 million at the box office. To date, it is estimated that the singer earns upward of $1 million per performance- no wonder her fortune is so huge!

Aside from her work in music, Madonna has also graced the big screen in a number of films over the years. Some of the movies that she’s appeared in throughout the past decades include Desperately Seeking Susan (1985), Who’s That Girl (1987), Dick Tracy (1990), A League of Their Own (1992), Blue in the Face (1995), and The Next Best Thing (2000). How much did the movie projects add to her wallet? Although it varies from film to film, it’s probably fair to say that each title yielded her at least a few tens of thousands of dollars.

On top of everything, Madonna is also a successful businesswoman. For instance, she formed the entertainment company Maverick with Veronica Dashev and Frederick DeMann back in 1992. Not only that, but she also has her own line of clothing and shoes called Material Girl. Since then, the singer has also released her own debut perfume, Truth or Dare which was made available exclusively at Macy’s- the line of fragrances had allegedly earned her $60 million in terms of sales to date.

As well, Madonna has earned a good chunk of change from various endorsement deals. For example, she has teamed up with various big-name companies in the past such as Pepsi, Dolce & Gabbana, and Louis Vuitton.

Aside from her two ex-husbands, she has also been in a relationship with a number of other partners including Idris Elba, Jesus Luz, Brahim Zaibat, Chris Paciello, Alex Rodriguez, Carlos Leon, among others.

Does Madonna Have Any Children?

The singer has a total of six children. She has a biological daughter named Lourdes Maria Ciccone Leon, who she had with Carlos Leon and a son named Rocco Ritchie, who she had with Guy Ritchie- her ex-husband.

In addition, she has adopted four children- David Banda in 2006, Mercy James in 2009, and twins Stella and Esther Male from Malawi.

Where Did Madonna Go to College?

After graduating from Rochester Adams High School where she was a straight A’s student, she went to the University of Michigan School of Music, Theatre & Dance under a dance scholarship. However, she ultimately dropped out in 1978 prior to completing her studies.

Where Does Madonna Live? Pictures of Madonna’s House 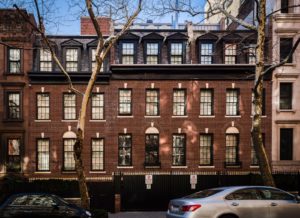 Although she has owned several property in her native London, she currently spends her time in a $40 million townhouse in the Upper East Side of New York City. Four stories high, it includes thirteen bedrooms, fourteen bathrooms and an elevator. Complete with a 3,000 square foot garden, it also has a fully-equipped gym.

It has been said that the taxes for her New York residence amounts to $30,000- that’s quarterly!

What Kind of Car Does Madonna Drive?

Madonna has several vehicles including- a Maybach 57 S, a BMW 7 Series, an Audi A8, and a Cooper S.

How Much Did Madonna Earn Last Year?

It is estimated that Madonna earned $76.5 million last year in 2016- a sizeable chunk of which came from her Rebel Heart Tour which grossed a total of $170 million alone.

It’s not surprising to know that Madonna is a philanthropist at heart. For example in 2013, she sold a painting from her private collection for a total of $7.2 million- she later donated the proceeds to the Ray of Light Foundation, which supports various girls’ education projects in Asia and Africa.

In the spring of 2007, Madonna also made a substantial donation of approximately $500,000 for relief efforts after a devastating 6.3 magnitude earthquake struck Abruzzo, Italy, which left hundreds dead.

In 2007, it was also reported that the singing sensation donated £12 million (~$15 million) to Africa- more specifically, to help the children in the poverty-struck state of Malawi.

More recently, she has also made a sizeable donation to the city of Detroit after being inspired during a visit. According to reports, the money will go toward the construction of a new boxing gym, and the purchase of various items such as iPads and iPods for students in her hometown.

In addition, Madonna also holds the current record for having the most number one hits on all of the US Billboard music charts combined.

Throughout her multi-decade career, the blonde has received well over 600 award nominations- 300 of which resulted in wins. For instance, she has won seven Grammy Awards, two Golden Globes, sixteen Guinness World Records, two People’s Choice Awards, and two World Music Awards, among others.