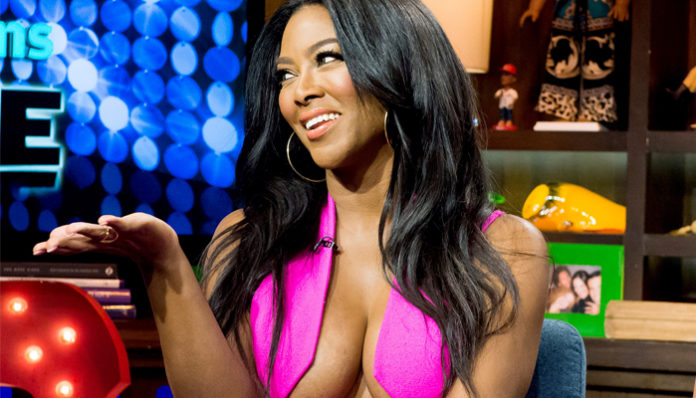 American actress and television personality Kenya Moore is best known for being a main cast member in the popular reality series, The Real Housewives of Atlanta. Born without a name in Michigan, she was abandoned shortly after birth by her teenage mother. Despite having had a difficult start in life, she was a standout student as a teen. To help financially support her and her grandmother (who raised her), she started to work as a model at the age of fourteen. As one thing led to another, Moore eventually made her television debut in an episode of the NBC sitcom, The Fresh Prince of Bel-Air in her early twenties.

Before long, she had landed roles in the films Waiting to Exhale (1995), Trois (2000), and Deliver Us From Eva (2003). Finally in 2012, she received a breakthrough after landing a role in The Real Housewives of Atlanta.

Currently, it is estimated that Kenya Moore’s Net Worth has broken into the one million mark. Let’s take a look at her career to see how she has earned her fortune.

How did Kenya Moore Make Her Money and Wealth? 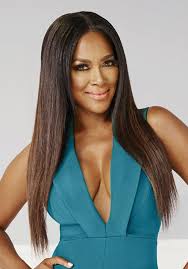 Born on January 24, 1971 in Detroit, Michigan, Kenya Moore was raised by her grandmother after being abandoned by her teenage parents shortly after birth. It was later revealed by the star that she had in fact, never been named by her mother; to this day, she pretends that she “never had her” and that she’s “invisible”. Despite the rough start in life, Moore thrived as a teen. A successful student, she studied at Wayne State University after graduating from Cass Technical High School in the late 80’s.

To help support both herself and her grandmother, Moore started modelling for side income at the age of fourteen. At one point, she was even the cover girl for an issue of the Chicago-based Ebony Man’s magazine. In 1993, the young model garnered widespread attention after being crowned as Miss Michigan USA- making her the second African-American woman in history to win the title. Shortly afterward, she represented the US in the Miss Universe Pageant where she finished sixth.

While these opportunities officially entered her into the world of show biz, they didn’t earn her much at the time- seeing as how she was still relatively new and unknown in the industry. Still, it was the beginning of what would become a successful career.

Ultimately, it wasn’t until she was cast as a main cast member on the Bravo reality series, The Real Housewives of Atlanta that she started to bring home the cash. Immensely popular with an established fan base, the show brought her nationwide attention. Although the series premiered in the fall of 2008, it wasn’t until season five in 2012 that Moore was first introduced.

Easily the highlight of her entire television career, The Real Housewives of Atlanta easily attracts more than two million viewers per episode. In total, Moore starred in the reality show for four seasons from 2012 until 2016. By the end of it, she had effectively risen to celebrity status- at least in the United States.

It’s no secret that the cast members of The Real Housewives of Atlanta get paid handsomely per season- they’re easily some of reality TV’s richest stars! So, how much did Moore earn from the show? According to various sources, she yielded $600,000 from the first season that she starred in back in 2013. Since then, this figure has only increased- allegedly, she took home more than $1.4 million by season nine.

Just this year, Moore has also returned to the screens this year for The Real Housewives of Atlanta Season 9 Reunion. Highly anticipated by fans, the TV special allegedly earned her a sum of $100,000!

Speaking of reality TV, she has also participated in various other titles such as The Celebrity Apprentice (2015), and Worst Cooks in American (2016). Last year, she also served as a guest co-hostess on the talk show, The Real– a stint that would have earned her some supplemental income.

Aside from the various appearances that she’s made as an actress, Moore has also done a considerable amount of work as both a director and producer. For instance, she’s helped to produce the titles Trois (2000), Brothers in Arms (2005), The Confidant (2010), Haitan Nights (2013), and Life Twirls On (2015)- the last of which she also directed and helped to co-write.

In 2010, she founded her own movie production company called, Moore Vision Media, which ultimately helped to distribute the film, Trapped: Haitian Nights. Allegedly, the movie had brought in a total of $340,000. Since then, they have also gotten involved with home-video distribution.

Like many other celebrities, Moore’s income comes from a variety of sources. In addition to her television and film-related projects, she has also taken up various business endeavors- one of which includes her line of hair care products called, Life Twirls On. Originally only available through her online store, Moore recently landed a nationwide deal with the popular beauty supply store, Sally- which operates 3,000 stores in the United States.

In 2013, the star of The Real Housewives of Atlanta has also made her official music debut with the release of her debut single, Gone with the Wind Fabulous. Although it didn’t end up being a chart topper by any means, it proved to be popular among fans; it also came with an official music video that has since been viewed thousands of times across the web.

In 2007, even prior to achieving nationwide fame on the reality show, Moore penned a memoir in which she described her estranged relationship with her family- most notably her mother, who abandoned her as a child. Since then, she has also authored a how-to guide called Game Get Some! What Women Really Want in which she offers advice to men on how to get the women of their dreams.

At one point, she even starred in her own exercise video series called Booty Boot Camp. Although the above projects didn’t earn her millions per se, they easily earned her some extra cash on the side throughout the years.

According to reports, she has also taken in more than $50,000 from various endorsement deals alone.

Despite her high earnings however, word is that Moore is a heavy spender. Her net worth has consequently dipped a bit in the past few years.

No, Kenya Moore is not worried. However, it has been confirmed she is in fact, currently dating- although the identity of the other party has never been identified. In an episode of the talk show The Real, she later revealed that the man she is currently with is 16 years younger than her, but that despite the age difference he is very sweet and intelligent.

Prior to this, the reality star was in a relationship with Matt Jordan- one that was chronicled on The Real Housewives of Atlanta. The two later broke up, allegedly due to Jordan’s violent temper.

Does Kenya Moore Have Any Children?

In 2016, the star broke the silence regarding the various baby rumors that started to surface on various tabloids. On an episode of Dr. Oz, she revealed that she was in fact, undergoing in-vitro fertilization in hopes of getting pregnant.

Having said not, it doesn’t look like much has happened since then.

Where Did Kenya Moore Go to College?

After graduating from Cass Technical High School in her hometown of Detroit, Michigan in 1989, Kenya More studied at Wayne State University from which she eventually obtained her bachelor’s degree in psychology. 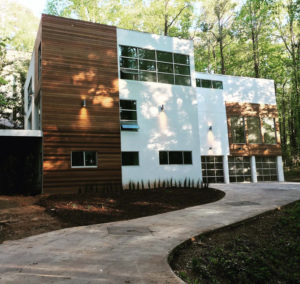 A video tour of her home was made available in the ninth season of The Real Housewives of Atlanta.

What Kind of Car Does Kenya Moore Drive?

The last time we checked, Kenya Moore was driving a Bentley GTC valued at approximately $225,000.

Kenya Moore as a Philanthropist

In 2014, Kenya More donated a hefty sum of $20,000 to the Detroit Public Schools Foundation, which went toward helping to provide students with various study materials such as computers, and textbooks.

More recently in 2017, she also contributed $450 to the Help The Children Foundation in Flint, Michigan, which aims to provide help for victims of the recent water crisis.

How Much Did Kenya Moore Earn Last Year?

It is estimated that she earned approximately $270,000 in 2016, most of which came from her involvement with The Real Housewives of Atlanta.

Aside from starring in The Real Housewives of Atlanta, Kenya Moore has recently made the headlines after getting a restraining order against her ex-boyfriend, Matt Jordan. According to the reality star, she has had to dodge up to thirty phone calls a day from Jordan.