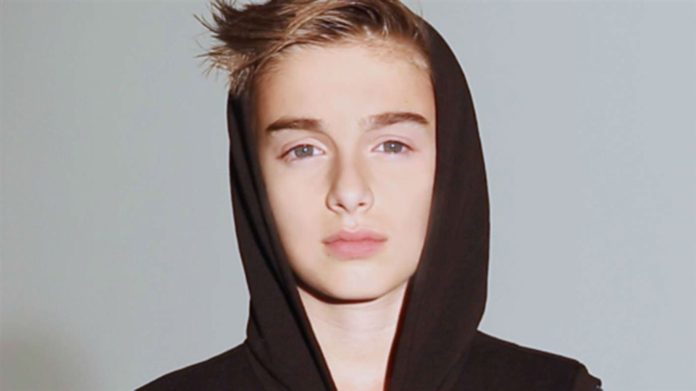 I am having a bit of a problem. I have been doing these Net Worth articles for a month or so now, and there is a pattern in how celebrities make their money. I have found it pretty easy to hone in on their money spinners, and extrapolate their wealth. when combined with readily available information I tend to end up with a good overview of who the person is, how they make their money and how much they have. This has not been the case this last week or so, when I started looking into the lifestyles of the rich and almost famous. That is to say internet celebrities. Some of them are famous enough these days that I can get decent amounts of information, Johnny Orlando is not one of them. for one thing googling his name gives you the wiki page for some New York born eighties star. Johnny Orland does not have a Wikipedia page of his own so far as I can find, All that said, I have been able to dig up some information on where Johnny Orlando has been getting paid, and it makes for some interesting reading.

So let’s take a brief look at this so far brief career and I can brief you on how he makes his money.

How Did Johnny Orlando Make His Money & Wealth?

Johnny Orlando is a name I was unfamiliar with. A quick look online tells me that he is a bit like a pre huge Justin Bieber, so if we extrapolate a career trajectory, scaled down a little, we can expect Orlando to be making an awful lot of money in a short amount of time. As it stands he is still in the early stages of his career, increasing exposure, and building a larger fan base. For internet stars the fan base is the most important thing in the world, and it is how the vast majority of them make their money.

So, when estimating his net worth we have to take a look at YouTube, and how they monetize videos on the service. You tubers get around $2 for every 1000 views on a monetized video. That number can go higher, if the you tuber in question has a large enough following, but seen as Orlando is sitting in the 1.6 million subscribers range, I think it is safer to assume the lower end of the spectrum. My research has shown me that he gets nearly 500,000 unique views per day, and assuming that around half of them are using some sort of ad blocking software, thus by passing the ads and rending the monetization moot, that gives us a base figure of $500 per diem. An amazing wage, but peanuts by comparison to what can be made when you have a fan base as large as Orlando’s.

Orlando has also seen sales of his music increase in the last six months, as well as the unique listens on Spotify, which only gives artists around 0.005c per listen, but that adds up. Add in general endorsements, and the money from touring, and we have a nice basis for that figure up there. As his fame rises he should be able to attain a higher pay percentage from YouTube, something I expect to happen well within six months, assuming a steady increase in his viewership. it will be interesting to watch this kids career take off.

Where is Johnny Orlando from?

Despite what his name might claim, Johnny Orlando is not from Florida. He is Canadian. Specifically he is from Mississauga, Canada, part of the greater Toronto area, but not actually in the City of Toronto proper.

How old is Johnny Orlando?

Johnny Orlando is only 14 years old, so I have refrained from putting up too much of his personal information.

What is Johnny Orlando’s connection to the Ziegler Family?

Johnny Orlando performs with Mackenzie Ziegler, sister of Maddie Ziegler  and co star in the hit reality show Dance Moms. The pair have released a song together, called Day and Night. The track performed well in the iTunes top 100 pop songs charts.

Where is Johnny Orlando Touring?

Johnny Orlando is currently on tour. There are only a few dates, but it does cross the ocean, so that’s pretty impressive. He will be performing next month in Toronto, Philadelphia and New York before jetting across the pond to the UK for May dates in London, Oxford, Sheffield and Birmingham for some reason. Wishing him the best of luck with UK audiences.

How many Subscribers does Johnny Orlando Have on YouTube?

Johnny Orlando Currently has 1.6 million subscribers on YouTube, and it continues to grow.