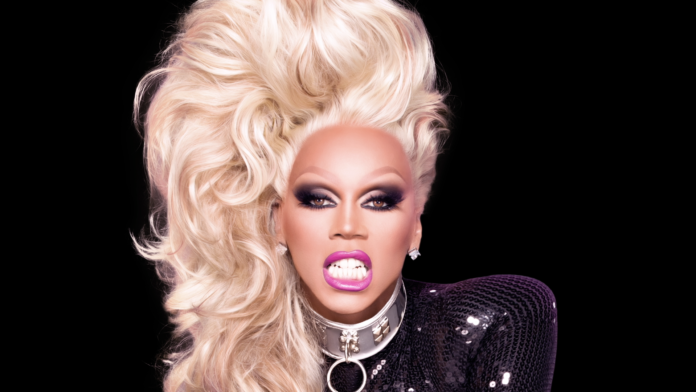 RuPaul Andre Charles was born to be a star, because there ain’t another ***** alive with a name like that. To quote his mother at the very least. RuPaul has been in show business for years, the first Drag Queen to hit it big, without being farcical. The man who brought a little glamour into everything he does, and probably the only person alive who could make Drag into a mainstream art form. The wildly successful RuPaul’s Drag Race has expanded the Ru empire substantially over the last decade. The show is on its ninth season, and on a major channel now too, with no signs of slowing. There are so many things going on in the background of Drag Race, and I don’t mean drama between the Queens. I mean in terms of where the money is made. i have been following the show for the last five years, and I have always paid attention to the ways in which it sells products with every episode. When you add in the revenues generated by the production company, World of Wonder, and the fact that the popular Queens on the show tour the world, lining the pockets of the producers, and of course Ru, you might find yourself a little surprised to find out the listed net worth of the Matriarch of the show.

So let’s take a look down RuPaul’s past, find out where he came from and how he makes his money.

How Did RuPaul Make His Money & Wealth?

This is going to be difficult to go through. RuPaul has been a star since the early nineties, and active in show business for even longer. there are so many avenues for income with him that breaking it down is nearly impossible. The best place to start might be with Ru’s first major exposure in the US. A fun piece of trivia, RuPaul was in the B-52’s video for Love Shack as an extra, dancing away. I watched the video recently, and there she is. It is unlikely that it earned him much money, but she wasn’t done with just a bit part in a music video. The foundation of Ru’s career is drag and music, and the two are still intrinsically linked to this day. Her first major hit came in 1993 with the release of Supermodel of the World. the track, and the album, was very popular in both the US and in Europe. It was also a little bit prophetic. Shortly after the success of the record Ru was approached by MAC cosmetics to be an actual supermodel, achieving a dream he had had for years.

Just as an aside, MAC cosmetics, and their relationship to the New York drag scene, has a fair few fascinating stories under their belt. They employed a lot of the Drag queens in the area back then, before they were all fired one one day. Finding the details as to why is difficult, even with the internet, but well worth hunting down.

Ru continued to make music, with dwindling success, for the rest of her career, but the nineties could be called her first high point. He had a show on VH1, co-hosted by Michelle Visage, which interviewed a wide variety of star, including Diana Ross and Nirvana, weird, but esteemed, company there. Drag Queens in general tend to make most of their money on tips, not quite the case with Ru these days, but I’m sure it was one of her more pressing points when performing.

The late nineties and early two thousands was a time of relative obscurity for RuPaul, his album sales were falling, and she was not on TV anymore. In the late 2010 she got a break, or another one I should say. She co-created RuPaul’s Drag Race, and the rest is history to some extent. the show is a world wide sensation, and now in its ninth season. The Queens on the show become stars in their own right, and the vast majority of them are signed to something Ru has a hand in. Drag Race is like a combination reality show, game show and advert for RuPaul’s products.

So many of the people I have looked into are not married that it is a surprise that i can say yes to this question. granted, had I written this two months back I’d have said no. RuPaul has been dating his Husband since the early Nineties, and they were wed in January. his partner is Australian, Georges LeBar, and he operates a ranch in Wyoming.

Where is RuPaul from?

RuPaul was born in San Diego California. At age 15 Ru moved to Atlanta Georgia with his sister.

What awards has RuPaul won?

In an act that is considered by many to be significant, Ru won a Prime time Emmy in 2016 for her work on RuPaul’s Drag Race. The category was Outstanding host for a reality Show. It marks his first Emmy win, but not first nomination. Ru was nominated for the same award in 2015, and may well be in the shortlist for 2018 as well.

Where does RuPaul live? Pictures of RuPaul’s house. 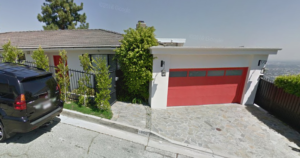 So far as I can find out RuPaul lives in LA, Bluejay Way in the Bird Street district. The home has a backyard pool and a garage. What is interesting to me, and I am not sure if this was in anyway intentional, but it seems to be in a very similar location to Franklin Clinton’s house in Grand Theft Auto V. Probably a coincidence, but an funny one at the very least.

What kind of car does RuPaul drive?

In a move that i am convinced is a gag, Ru drives a 1979 Volvo. It is likely that it was bought specifically for her celebrities in cars getting coffee alike show, where she interviews people while driving around LA. The car parked outside Ru’s house two years ago is a Lexus 4×4.