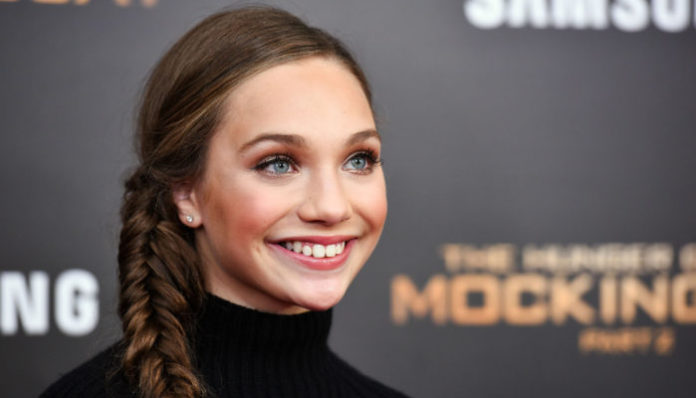 I have spent the last few weeks looking into the finances of all kinds of star, soccer players, football players, DJs, even internet celebrities. Today I get to look at someone whose career is only beginning, and already shaping into a broad reaching one too. Maddie Ziegler is a different kind of reality star. One with actual talent for a start. While her early career is somewhat marred by the whole Dance Moms thing, what she has done since has been fantastic. She is probably best known for the series of music videos she shot with Sis, including Chandelier. All told the videos have been viewed 3 billion times, not bad for a girl of 14. A look through her career has been eye opening, a combination of dance, music, modelling and acting, all of which are good money spinners. But she is also a bit of a social media sensation, and we all know what that means. Money and power. It sounds a bit weird to point it out, but the ability to directly connect with millions of people is a position of power, and when you play it right, can draw in huge sums of money. In a move that leaves me both impressed and supremely jealous, Maddie has a best selling book under her name as well, granted it’s a biography, but still, it’s one more than me.

So let’s take a look into her finances, see where she came from, and how she made her impressive fortune.

How Did Maddie Ziegler Make Her Money & Wealth?

Maddie Ziegler was born in Pittsburgh Pennsylvania in 2002. She rose to fame via the Lifetime Reality show Dance Moms, but almost hit our screens a few years prior to that in 2010, with Paula Abdul’s very short lived show Live to Dance. The show was cancelled before getting to her. It may have been for the best, as Maddie emerged from Dance Moms as the break out star. She appeared on the show from its inception until 2016.

On Dance Moms she netted around $2,000 per episode, and over 198 episodes that adds up, $400,000 give or take. Maddie is well known for her collaboration with singer Sia, having appeared in several music videos. The videos were critically acclaimed at the time, with Chandelier winning awards. There is no doubt in my mind that Maddie made a fair amount of cash from them. From 2014 Maddie has been trying to break into acting, and seems to be doing fairly well for herself. 2017 may well be her landmark year in film, we can see her in two flicks this year. The Book of Henry, and Sister. The Book of Henry is a drama, starring Naomi Watts. What i find interesting is the rumored fee Maddie received for her role in the film. Apparently she made $20,000. good money, don’t get me wrong, but hardly the stuff that dreams are made of. The primary money spinners for Maddie Ziegler are her social media accounts. She has many millions of followers across the different platforms, and leveraging that into a few product endorsements is not hard.

Overall it might not add up to make her mega rich, but once you break the million mark it is fairly easy to amass a massive fortune. I fully expect Maddie to become very wealthy.

How long has Maddie Ziegler been Dancing?

Maddie has been a student of dance from the age of 2. When she was four she joined the Abbey Lee Dance Company that would make her famous.

Where is Maddie Ziegler from?

Maddie Ziegler is from Pittsburgh Pennsylvania. She has Polish and German ancestry, hence the name.

What awards has Maddie Ziegler won?

Maddie has been dancing with the Abby Lee Dance Company for a number of years now, and she has no doubt taken home a few prizes in her day. but in terms of public prizes, out side dance competitions, she’s no slouch either. She has two Industry Dance Awards under her belt, The most recent being last year for Break Through Performer. She is also nominated for two Shorty Awards this year, for Best In Dance and Medium Length Video, Brand Identity and Fashion. That last one is a bit of a vague mouthful, but impressive nonetheless.

What was  Maddie Ziegler’s breakthrough to stardom?

I’ve taken a look through Maddie Ziegler’s history and it seems to me that she was always going to be famous. She was a top level dancer at her school, and before Dance Moms took off she was to appear on Paula Abdul’s short lived dance show. It is unknown what might have come of that performance, whether she would reach the heights she has now, but it is interesting to note the multiple avenues for fame presented to her. Most folk don’t get even one, and here we can find two entries into popular culture for Maddie Ziegler.