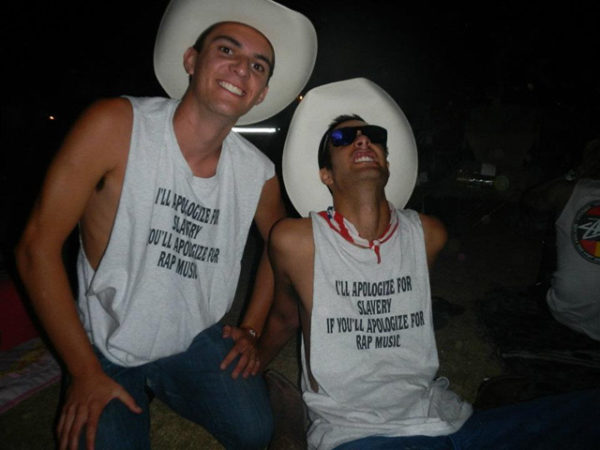 What’s in a name? Luckily for this category, not much. However, there is plenty to be said of first impressions, and unfortunately, some names come with an association of people that would be captains of the H.M.S. Douchecanoe. Here, we take a look at the top 10 douchiest names. Note: There are surely people with these names that are great people and should never be judged by their names, this is merely looking at the broader picture and seeing who really got the short end of the stick in terms of the company their name keeps.

Is it a little too on the nose to start with this name? Much like calling your daughter vagina, it’s typically selling the person behind the name a bit short. Often, they can be the butt of a joke, such as “Wow, that guy. Such a dick”, though the people who would say this undeservedly would be the pot calling the kettle black. It should be mentioned, this is also an up an coming name in terms of baby names of the previous year, and there are plenty of good dicks, such as Dick Van Dyke and the fictional character Dick Grayson.

Everybody hates Chris is not only a television show from years past, but can also be applied to at least a few offices and classrooms. Having known several Chris and Kris’s in my time, I’ve seen a few trends. Particularly, their trend to act harder than they are, the use of attention seeking tactics, and distinct manipulation tactic of simultaneously trying to be tough while sobbing over not getting their way is bizarre to most, and even though 9th on the list, gives this name one of the douchiest associations I can muster. Now, there are plenty of counterpoints to the sort of people I’ve found with this name, such as Chris Evans (who has been often hailed as a pretty cool guy) and Chris Rock, one of the funnier comedians of back in the day.

In my experience, Scotts have come in two varieties. He’s either the awesome guy you always invite to the barbecue because he’ll bring the best pints in, or he’s the guy you have a pool bet at the office he’ll be on the 6pm news. And never the two shall meet. The fact of the matter is, though, on first glance it’s really hard to tell which Scott you are dealing with, whether it be Pelley or Peterson. That being said, you can be assured, if you know a Scott or two, you won’t be bored. You just might be dealing with one of the douchiest dudes around, and maybe a future serial killer. Who’s to say?

Whether it be Tod, Todd or that yoga instructor who likes to get a little too handsy, Tad, this name has had more than its share of bad folks with it. Todd, often also the name of the far too pushy used car salesman or middle manager dreaming to one day have a legion of retail drones below him, comes off as an aggressive personality that rarely has anything other than his ego to back him up. There’s also a certain level of pretentiousness that comes with the name, which can often get under the skin of acquaintances. This can be condensed nicely in the character The Todd from the comedy series, Scrubs. In defense of the name, though, Styx drummer Todd Sucherman seems to have bucked most of the expectations of the name.

Bieber. Is that not reason enough for this name to be on the list? Seen as arrogant, untrustworthy, and more likely to ask to borrow your car to do a flip off an overpass “because it looked cool in the video game” than any other name, Justins can either be hated or loved for the simple fact that watching something go terribly wrong can either be amusing or horrifying depending on who you are. This is hardly a terminal condition, however. Justin Timberlake has on occasion seemed to fit the name, but has over time consistently done wonders in terms of charity work and has come off as a respectable and considerate person, at least usually. Even for him, there was a report that he has been less than keen on donating time or money to hospitals he had previously been associated with if the cameras weren’t on him.

Similar to Dick, it’s a bit hard to find a good reason to name someone Guy, unless you’re the sort that names your dog “dog”, dawg. It may be that the name itself attracts douches and the “if you can’t beat ‘em, join ‘em” comes to play after one too many times being the butt of a joke as a result of your name. Not to say there aren’t people who don’t own it, and thus become the diametric opposite of their douchiest name-partners.While not always a crowd favorite, I find Guy Fieri a decent guy (sans the frosted tips and hot-rodphilia), and works as a good counter example to the stereotype of being one of the douchiest around.

It’s ironic that many people named after a religion that is supposed to be based in forgiveness can be some of the douchiest dudes around. Excessively whiney or gossipy, many of those named Christian like to shovel dirt on people without ever being able to take the same being dished at them, making them exceptionally irritating to those who have no problem taking and handing back criticism. Christian Bale seems to mostly not be this sort of person, despite a major outburst during the filming of Terminator Salvation that was later resolved between himself and the director of photography of the film, Shane Hurlbut.

Either the Trust Fund kid that believes everything can be solved if there was no such thing as hierarchy, or the gym rat who makes everyone without headphones feel awkward due to grunts and overt brags, Chads that are cool (though they do exist) can be exceedingly hard to come by. It does not help that one of the most hated bands year after year, Nickleback, is headed by a dude named Chad Kroeger. Usually paired with at least one of a Tod or our number 1 pick, Chad makes a pretty bad combination with others among the douchiest, amplifying their annoyance factor significantly.

It can be hard to defend a name whose meanings include the word “snake”. Far too intense in terms of attitude for most people, and falling into line with some attitudes similar to the Chris methods of manipulation, Drakes often have very little to rely on if manipulation of another person fails. They can also gain reputation for having outward friendliness while behind closed doors being the kind of person that should be avoided at all costs. Often seen as unfair in dealings and out for their own profit, many dread a salesman or anyone with power with the name Drake, as it indicates a raised probability of the douchiest of dealings. Current Drakes that buck this trend are the rather polite Canadian rapper, and Drake Bell, who used his fame to help raise funds for clean water projects and research into chronic medical conditions. 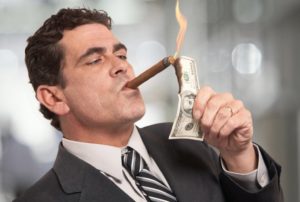 He’s usually found hitting up the frat house parties despite having graduated 5 years ago with a communications degree, or wearing a DTF shirt while shopping for the cheapest kegs in town. Or he’s the trust fund kid who’s never worked a day in his life and lights blunts with $100 bills. Brad, often seen as the eternal Frat Jock in terms of reputation, is often openly disrespected or ignored by those who don’t find his antics entertaining, and power plays can often be seen through without much effort. That being said, it can often be hard to work under or alongside a Brad due to the intentional application of pressures, which can also be seen at the bar. Like all the others though, not all brads are bad people, including Brad Altman and Brad Paisley, though the latter could be blamed for a rise in “bro country” music as a genre.

Did the name you find the douchiest happen to not appear on the list? If not, feel free to comment below with your best or worst suggestions.