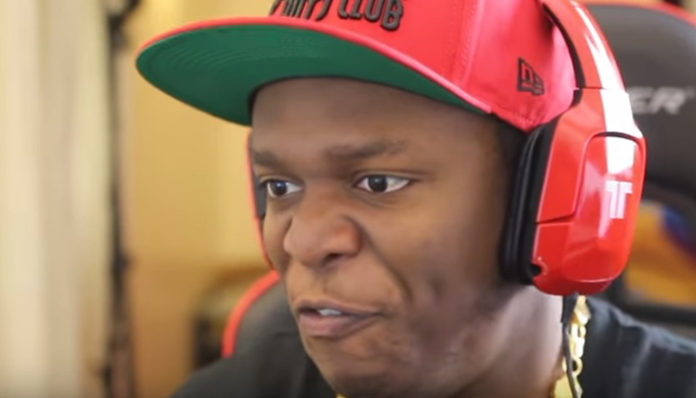 Olkajide William Olatunji- better known as KSI (an abbreviation of his online alias) rose to fame as one of the most popular Youtubers in the late 2010’s. Most popular for his FIFA gameplay and commentary videos, he has since reached over 15,000,000 subscribers on the video-streaming platform. However his fame doesn’t just stop at Youtube- KSI has also made a name for himself as an actor. In 2014, he appeared on television for the first time in the mini-series, 5 Aside; he later made his motion picture debut in the comedy flick, Laid in America (2016).

As if that wasn’t impressive enough, he has also embarked on a successful music career. In March of 2015, he released his debut single, Lamborghini.

To date, it is estimated that his net worth is well into the millions. How did he earn his fortune? Let us take a look.

How did KSI Make His Money and Wealth? 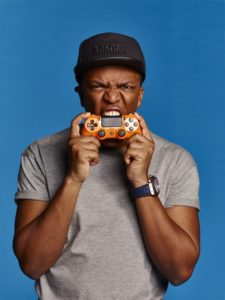 Born on June 19, 1993 in Hertfordshire, England, KSI (Real Name: Olajide William Olatunji) first got himself involved in the Youtube scene in the summer of 2009. A fan of video games, he started off his channel by uploading videos of himself playing various titles; he would eventually make FIFA- one of his most favourite games, the main focus of his videos. Three years after the initial launch of his channel, he had reached over 1,000,000 subscribers on the online platform- an achievement that many Youtubers can only dream of.

Continuing to upload videos at a steady rate onto his account, his Youtube presence only grew bigger over the next few years. Not even a year after he reached his first million, KSI had hit the 2 million subscriber mark in April of 2013. From there, his subscriber count only increased exponentially- by August of that year, the number had gone up to 3 million, by the end of 2013- 4 million. To date, KSI currently has the 25th most subscribed to channel on Youtube.

As I’m sure you’re all aware, Youtubers are capable of capitalizing their videos via ads. Considering the fact that Youtube is one of the most popular video-streaming sites on the internet, it’s not surprising to know that advertisements have made its way onto the platform- in fact, it has for many years. Ultimately, the amount of money earned from a video is dependent upon how many times it is viewed; therefore, the more popular a video is, the greater its financial potential. To give you an idea, a video clip with a few thousand views can easily earn a few hundred dollars via ads.

With that said, it’s easy to see how KSI has earned the majority of his income- through his Youtube videos. Currently on average, etc of his uploads are viewed approximately 5,000,000 times- with such a high view count, it’s no wonder that he’s become a multimillionaire just from making videos alone. In total, it is estimated that the Youtube has earned a grand total of $4.5 million from his channel to date. Considering the fact that his channel is constantly growing, that amount would most likely only increase. Altogether, KS’s videos have been viewed well over 5 billion times across the globe!

Aside from the nifty income that he earns from his Youtube Channel, KSI has since also made a name for himself as a rapper. In 2011, he released a rap song called Heskey Time, which was a collaboration with fellow Youtube, Randolph. Following that, he was eventually offered a recording contract with Island Records. In March of 2015, he dropped his debut single entitled, Lamborghini.

A highly anticipated release for many fans, it reached several charts in his native UK. Upon being made available, it reached number two on the UK Indie Song Chart, number seven on the UK Top R&B Song Chart, and number thirty on the UK Singles Chart; additionally, Lamborghini also charted in Scotland and Ireland. Met with critical acclaim, the song was accompanied by a music video that was later uploaded onto his Youtube Channel; to date, the MV has been viewed well over 62 million times. It is estimated that the debut single had earned him well over $700,000 in 2015. 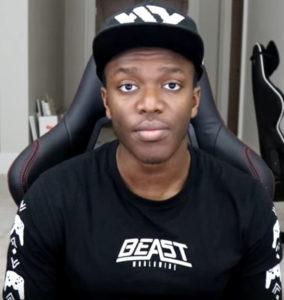 In January of 2016, KSI made his official music debut with the release of his studio album, Keep Up. A commercial hit- undoubtedly thanks to his already established presence on Youtube, Keep Up entered the US Top R&B and Hip Hop Albums Chart at number nineteen; it also reached number fourteen on the Top Rap Albums Chart. Outside of the US, it was also a hit in Canada, New Zealand, Scotland, and of course, in his native UK. In fact, the album had reached number one on the UK Top R&B Albums Chart not long after its release; it also climbed to number thirteen on the UK Top Albums Chart.

While his major-label releases have earned him a sizeable income, the fact is, that he actually took home a hefty amount even prior to singing with Island Records. Throughout the early 2010’s, he was invited to participate in a number of singles as a featured artist; some of these titles include Sweaty Goals (2012), No Sleep (2013), Christian Bale, and MAC-10 Flow. Of course, KSI was paid for his involvement with each of the songs- altogether, it is said that he earned over $5.7 million from them alone! That’s on top of the already sky-high income that he was taking home from his Youtube videos.

Considering his success in the rap scene, we wouldn’t be surprised if he were to come out with another album sometime in the near future!

A few years after making his music debut, KSI made his long awaited acting debut in the British television mini series, 5 Aside (2014). One of the lead characters, he co-starred alongside Paul Sculfor, Michael Nardone, Keith Duffy, and Ceallach Spellman. Despite it being his first major TV appearance, it would have easily yielded him a few thousands.

From there, it wasn’t long until he made his feature film debut in the comedy flick, Laid in America (2016). Directed and written by Peter Vass and Sam Milman, it revolved around two foreign exchange students who are kidnapped while trying to get laid in their last night in the United States. Playing alongside fellow Youtube Caspar Lee, KSI starred as Duncan- one of the two teens. Although the movie’s reviews were primarily negative, it marked KSI’s first time appearing in theatre screens; it also earned him a couple of millions to add to his already sky-high fortune.

In March of 2015, it was also announced that KSI would be releasing his first book, KSI: I Am a Bellend. The title was eventually released on September 24, 2015 in the UK and on September 29, 2015 in the United States. In support of the book, the Youtube also embarked on a tour which ran from September until October 2015.

KSI has come a long way since his debut back in 2009. With every passing year, his income only goes up. For those of you who may be interested in numbers, the Youtuber initially earned $100,000 back in 2011- at the beginning of his online career. Throughout the subsequent years, the amount has only increased; his income first surpassed the $1 million mark in 2014 when he took home $1.12 million.

KSI is not married. There is currently a rumor going around saying that he is dating a girl named Seana- further details are unknown.

Does KSI Have Any Children?

Where Did KSI Go to College?

To our knowledge, KSI did not go to college. When he first started his Youtube Channel in 2009, he was still a teenager in high school. Following his high school graduation in 2011, focused the entirety of his attention on his Youtube, (and eventually) his music career.

Why is he called KSI?

KSI is an abbreviation of his online alias- KSIOlajideBT, which he had chosen as his Youtube username. For simplicity’s sake, most fans simply call him by KSI. His real name is Olajide William Olatunji.

Where Does KSI Live? Pictures of KSI’s House

The Youtube star currently lives in a three bedroom penthouse apartment in the Olympic Park area of Stratford, London. In November of 2014, the Youtube star uploaded a video tour of his new flat onto channel- according to sources, the monthly rent is £4000, that’s close to $5000 USD! Interestingly enough, his new pad is in the same 43-storey building as a number of other Youtubers such as Calfreezy, Callux, and Harry. Unfortunately, we were unable to find a photo of his home online.

Shortly after his rise to fame, KSI also used his earnings to pay off his parents’ house in England.

What Kind of Car Does KSI Drive?

KSI is currently the owner of two luxury vehicles- not only does he drive a Lamborghini Aventador, but he is also the proud owner of a Porsche with the license plate, “K51 FLY”.

How much did KSI Earn Last Year?

According to various online sources, KSI’s total earnings for 2016 was $1,488,200. Compared to the previous year, his income had jumped up by yet another $200,000. Most of this amount came from his Youtube Channel (advertisements placed in videos), endorsements, acting, advertisements, and record sales.

Approximately $287,000 of the amount also came in the form of earnings by sponsors. Some of the companies that he’s had past endorsement deals with include Microsoft, Xbox One, and Machinima, to name a few.

KSI As a Philanthropist

A philanthropist at heart, KSI has donated thousands of dollars to various causes over the past couple of years. For instance, in December of 2016, he gave away $10,000 in an online charity stream held by Youtube, Castro1021.

More recently in 2017, he also donated $1000 to Dr Disrespect, an online Youtube gamer during one of his live streams.

This February, KSI hit the headlines after defending fellow Youtuber, Pewdiepie after the latter made an anti-semitic joke in one of his videos- something that caused Disney’s Maker Studios to end their affiliation with him.