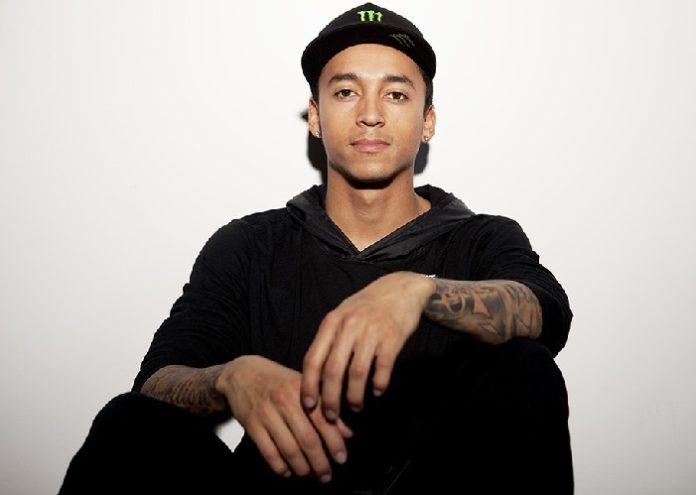 Nyjah Huston is one of the most exciting and impressive street skaters in the World today. The hugely talented twenty two year old from Davis, California is the highest paid skateboarder right now and he has won more money from professional competitions than anyone else out there. In just a few short years Nyjah has become a legendary figure in street skating and also earned himself a multi-million dollar fortune while still being young enough to really enjoy the considerable wealth he has accrued.

Nyjah is considered to be one of the best, if not the best street skater active today, but despite still being only twenty two, and yet to even finish polishing his incredible range of skills, the skater is consistently ranked as one of the top five most influential street skaters of all time. The World of skating has been sent reeling by the incredible abilities of Nyjah from an early age and he’s been generously rewarded for his many achievements, but exactly how much has king of the kick-flip earned now in 2018? And what does street skate-boardings biggest star spend his money on?

How Did Nyjah Huston Make His Money & Wealth

Nyjah Imani Huston was born in Davis, California on November 30th 1994 but he spent some of his early years living with his family in San Lorenzo, Puerto Rico. Nyjah has the ability to make the coolest skateboarding stunts seem almost easy, but that natural ability is the result of a lifetime spent perfecting his skills. From the age of just four skateboarding became his main interest, and by the incredibly early age of ten he was already beginning to be seen as a star of the future.

In 2004 he made his amateur competitive debut at the Volcan Damn Am in Costa Mesa, California, and even though he was the youngest competitor there, he won 4th place in the street competition and took first prizes for best tricks on both the big and small rails. The following year he took first place in the Tampa Am Street category as well as another win at the KR3AM Am, while the other competitors began to wonder just exactly who the kid with the crazy skills was.

Nyjah Huston At The X-Games

In 2006 the World really began to take notice of Nyjah Huston when he became the youngest ever competitor in X-Games history, a distinction he still holds to this day, and even though he was just eleven years old, he still managed a respectable 8th place in the street competition. That year he won the ‘Kentucky Unbridled Spirit Award For Action Sports’ and he was interviewed after the award, during which he revealed that he had been brought up as a strict vegan and had never eaten meat or diary due to his Rastafarian upbringing.

Later that year Nyjah signed a sponsorship deal with Element and became a part of their skateboarding team. He made appearances in several of the company’s videos, including both of the ‘Elementality’ promotions and also took part in the Dew tour and Vans Downtown Showdown competitions, but in 2008, while still an amateur, Nyjah decided to go into business for himself.

In 2009 he launched ‘I&I’ to promote his personal Skateboard decks. He was joined in the business by fellow skateboarders Richard Jefferson and Anthony Williams, but the brand, most notable for its Rastafarian influences and red, yellow and green color scheme was a short lived venture, and by 2011 I&I had ceased operating and Nyjah returned once again to work with Element. By now he had achieved back to back second places at the X-Games Street categories in 2009 and 2010, as well as first places in several Street League Skateboarding (SLS) events, but in 2011 he finally won a gold medal at the X-Games, as well as taking first place in three SLS events, and second place in a further two.

2011 was also the year that saw Nyjah’s video ‘Rise & Shine’ released for purchase on iTunes, which later won him the ‘Best Video Part’ award from Transworld Skateboarding magazine. Unusually for such a high-profile skater he had not joined forces with a shoe sponsor by that stage, but in 2011 he signed a deal with DC shoes and joined the DC riding team. Other DC riders expressed their amazement that up until then Nyjah had been buying his own DC shoes, despite the fact that virtually any company would happily let him wear their product for free. Fellow DC team member Josh Kalis later described Nyjah as the best skateboarder that he had ever seen.

2013 was an eventful year for Nyjah. His win at the X Games Street League event in Barcelona, Spain in May of that year was quickly followed up with an announcement from Transworld Skateboarding that Nyjah’s prize winnings were now greater than any other skater before him, and in the same month he also launched his first signature shoe with DC, the ‘Nyjah Huston Signature Shoe’. He was forced to miss the Street league event the following month in Munich due to a rib injury but came back to win the SLS event in Kansas City and the X Games street category in Los Angeles later that year. Perhaps the most memorable moment of 2013 came at the Kimberly Diamond Cup in South Africa in September that year. He became the first person to be filmed performing a successful 270 degree Kickflip lipslide during practice and went on to win the Diamond Cup, collecting a further $100,000 in prize money to add to his already record breaking earnings.

Now in 2018 Nyjah Huston is one of the most high-profile skaters of modern times, he has appeared in several of the hugely successful Tony Hawk Video Games and has picked up several lucrative sponsors during his consistently impressive rise to the top of the skating World. These days he is linked not only with Element, but he also has profitable endorsement deals with Monster Energy Drinks, Diamond Supply Co, Mob Grip and Ricta Wheels. His wealth has steadily climbed to a personal fortune of $6 million and with time and the kind of success that he has always consistently achieved it can only continue to grow even more in the future.

Nyjah, known for his skater lifestyle has unsurprisingly not settled down just yet into a steady relationship, but his hard-partying antics are well-documented and it’s a fair bet to say that whoever Nyjah spends quality time with, he is careful to keep the focus of the media on what’s most important to him right now, namely his skating and charity work.

With a string of endorsements and sponsorship deals, as well as the record breaking prize money that Nyjah continues to earn, his annual income is estimated to be in the region of $800,000 per year. Nyjah has always enjoyed spending his money on fast cars and the high life, but perhaps now the brightest young star of skateboarding will slow things down and take time to enjoy his time as the best street skater still active in top-rank competition today.

Where Does Nyjah Huston Live?

Nyjah bought a 6,100 Square foot Villa in San Juan Capistrano in Orange County for $2.5 million in 2013, but the party-loving skateboarder, who is legendary for his house parties decided to list it for sale in 2015 for a $1 million profit after upsetting the neighbors with his fun-loving antics. The villa nestled in three acres of grounds and featured five bedrooms, a games room and gym as well as a swimming pool and awesome views of the surrounding mountains from the balcony. But after more than twenty complaints from the neighbors, who surely were just jealous that they never got invited to those sort of parties, Nyjah decided to sell the property on. His decision was probably also based on the three years probation he got in March 2016 that forbid him from throwing any more parties at the property between 8pm and 8am, at the risk of getting thrown in jail if he got any more complaints. Nyjah also owns properties in Huntingdon Beach, California and Puerto Rico.

What Car Does Nyjah Huston Drive?

There are three things that Nyjah is known to love spending his ever-growing fortune on, and they are jewelry, bikes and cars, and he’s known to have good taste in all of them. He owns a number of classy high-end vehicles, and several high-performance motorbikes but right now in 2018 he has just come into possession of a luxury Mercedes C63s. The high-performance coupe boasts a turbocharged 4 liter V8 engine and can hit 60 miles per hour from a standstill in under 4 seconds, which should be more than enough power, even for the gravity defying Nyjah Huston. Nyjah is known to be a fan of making full use of the speedy abilities of his cars, in 2016 he picked up a $400,000 Lamborghini Aventador and within a day he was also picking up his first speeding ticket in the car to add to his collection.

Nyjah Huston is insanely talented and has earned a fortune from his incredible abilities at a young age, and even though this amazing skater is known for his wild parties and fast driving, Nyjah is also someone who is prepared to spend lots of time and effort to give something back to those who are less fortunate. In 2008 he founded the ‘Let it Flow’ charity with his mother Kelle Huston that has the commendable aim of providing clean drinking water to poorer parts of the World. Strongly influenced by his childhood years spent in Puerto Rica, Nyjah often promotes the charity through his social media accounts and documents the work of the organization in providing sanitation facilities for those in desperate need of clean water. In January 2015 Let It Flow funded it’s first sanitation center in Ethiopia and Nyjah took fellow skaters Aaron Homoki and Derrick Wilson, along with the legendary Tony Hawk with him to Ethiopia to promote the charities first major accomplishment.