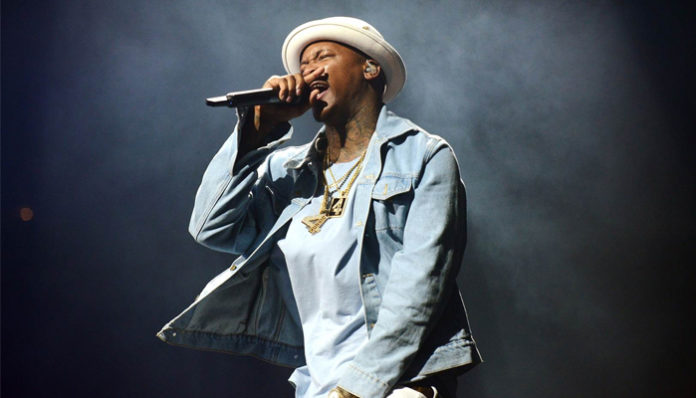 Keenon Ray Jackson- better known as YG, broke into the hip hop scene with his 2009 single, Toot It and Boot It. Having set his eyes on rapping ever since his early teens, he started off his career by playing for various clubs while still in high school. From there, he eventually found success online- having developed a dedicated fan base on sites such as Youtube and MySpace. After the release of his debut single, which ended up being his career breakthrough, YG was signed to Def Jam Recordings. Since then, the Compton-native has dropped a number of mixtapes and albums including 4Fingaz (2010), The Real 4 Fingaz (2010), Just R’d Up (2011), MyKRazy Life (2014), and Still Brazy (2016).

Within the past years, his popularity has only continued to increase. Nowadays, it’s estimated that YG’s net worth has soared well over the $10 million mark.

Let’s take a closer look at how he accumulated his wealth over the years.

How did YG Make His Money and Wealth? 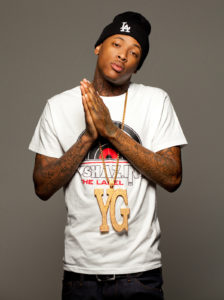 Born on March 9, 1990 in Compton, California, YG (Birth Name: Keenon Daequan Ray Jackson) has been a fan of hip hop music ever since his youth. Growing up, he often performed at various house parties and eventually- at clubs. His talent in rapping apparent to those around him, he was booking venues for 300-400 people while he was still attending high school!

Not long afterward, YG started to upload his work online; before long, he had developed a dedicated fan base on popular sites such as Youtube and MySpace. Some of his early works include Ready for War (2006), Making Love (2009), and Grapes & Optimos (2009). In 2009, he received a big break with the release of the song, Toot It and Boot It (Feat. Ty Dollar Sign). A breakthrough hit, it charted at number sixty seven on the US Billboard Hot 100. Not only did the title render him into a music sensation, but it also led him to sign a recording deal with Def Jam Recordings.

In 2014, he dropped his next big title, Who Do You Love?. Although it didn’t surpass the success of My Nigga per se, it did manage to chart at number fifty four on the US Billboard Top 200, at number fifteen on the Top R&B Albums Chart and at number four on the Top Rap Albums Chart. Since it was first released, the rap song has sold over 1,000,000 copies domestically- earning it Platinum certification from the RIAA.

That same year, YG’s highly anticipated debut studio album, My Krazy Life was also made available in stores. Met with favorable reviews from critics, it entered the US Billboard Top 200 at number two, having sold over 61,000 copies during the first week; it later sold an additional 23,000 copies in the second week and an additional 16,000 copies within the third week. By December of 2014, My Krazy Life had sold more than 140,000 units in the US. Aside from having also topped both the US Top R&B and Hip Hop Albums and Top Rap Albums Charts, it also found success overseas in Australia, Canada, Germany, the UK, and Germany. In March of 2016, the album was certified Gold after having sold an excess of 500,000 copies.

Just a few months afterward, the rapper released Blame It On the Streets– an album that served as the soundtrack to the short film of the same name. Upon its release, it debuted on the Billboard Top 200 at number 118 and sold approximately 17,000 copies in the initial week. By June of 2016, the figure had increased to 90,000 units within the United States. Generally well received, the album also peaked at number ten on the Top R&B and Hip Hop Albums Chart. A moderate success, it would have easily earned the artist a few thousand dollars.

Two years later, YG released his second studio album entitled, Still Brazy via digital download. Supported by three singles, it was made available on June 17, 2016 to widespread acclaim. Commercial performance wise- it debuted on the Billboard Top 200 at number six, having sold 38,000 units within the first week; the album also became the rapper’s second album to reach the top 10 on the Billboard 200 Chart. Outside of the United States, Still Brazy also charted in the UK, Switzerland, Canada, Australia, and Belgium- which acted to further solidify his popularity overseas.

In November of 2016, YG also released another mix tape called, Red Friday. According to various online sources, the artist had taken in upwards of $8 million that year- a large portion of which came directly from his successful record sales.

Aside from his own musical releases, he has collaborated with a number of other artists over the years such as New Boyz, Ty Dolla $ign, Colette CArr, Yo Gotti, DJ Mustard, and Casey Veggies, to name a few. 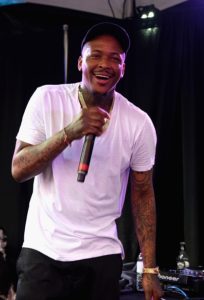 Speaking of music, YG is also the CEO of the hip hop label, 4Hunnid Records. Founded in 2016, it was originally intended to be a promotional tool and a brand for his YG and DJ Mustard’s group of long-time collaborators. That August, it was reported that the rapper had signed a distribution deal for 4Huunid with Interscope Records. Currently, American rapper Kamaiyah records under the 4Hunnid Records label.

Around that same time, the Compton-native also launched his own line of clothing- 4Hunnid which was available for purchase through his official website.

In addition to music as a whole, YG has also graced the big screen a few times over the past years. For instance in 2012, he played a supporting character in the comedy film, We the Party alongside Mandela Van Peebles, Moises Arias, and Simone Battle. He later also appeared in Mac & Devin Go to High School (2012), and White T (2012). In 2014, he starred in the short film, Blame It On the Streets, which he also served as a writer and executive producer for; as mentioned previously, YG also performed the movie’s original soundtrack.

From everything that’s been said, we can come to the reasonable conclusion that the majority of YG’s fortune has come from his successful music career. Having said that, his income has also been supplemented by various other projects such as the movies that he’s been involved with and the various endorsement deals that he’s signed over the years.

YG is currently single, from what we can gather. Having said that, he was in a relationship previously with a girl named Catelyn for many years in the past. Still, things haven’t been smooth sailing for the rapper, as there has been much drama between his ex-girlfriend.

For instance, she had posted onto Instagram saying that YG had allegedly given her an unwelcome STD. Interestingly enough however, she later took down the message with the claim that her account had been hacked.

Does YG Have Any Children?

Yes, YG has a daughter named Harmony who was born in the early summer of 2015, with his ex-girlfriend, Catelyn. The two’s war of words had allegedly begun toward the end of 2014 while she was still pregnant!

Why is YG Called YG?

His professional stage name- YG is an acronym for “Young Gangsta” or “Young Gangster” which refers to the ranking structure of a gang known as “Bloods and Piru”- one which the rapper has been known to be affiliated with (at least in the past).

Where Did YG Go to College?

No, YG did not go to college. As a teen he went to a number of high schools including Mayfair High School and Paramount High School, although he never ended up graduating due to his involvement with various gangs as a teen. By the time he was nineteen, he had already been behind bars a few times.

Nevertheless, the rapper has obviously managed to turn his life around since- seeing as how he’s become such a successful recording artist.

Where Does YG Live? Pictures of YG’s House

Not much has been revealed about YG’s living quarters- although it can probably be assumed that he currently resides in his native state of California. As such, we unfortunately do not have any photos of YG’s house to share at this moment. Should he ever introduce his fans to his home, we will update this page to include the respective pictures.

How Much did YG Earn Last Year?

Although the amount is not exact, it is estimated that YG earned upward of $1,000,000 in 2016- which brought his overall net worth from $10 million to $11 million. According to reports, most of his salary came from his record sales, performances, and business ventures.

There’s some good news for fans- YG has announced through his official social media accounts that he will be coming out with his next mix tape entitled, Just Re’d Up 3 (2017) sometime this year; it has also been revealed that it will be executively produced by himself and his long-time collaborator, DJ Mustard.