Hollywood legend Robert De Niro rose to fame in the 70’s with starring roles in The Godfather Part II (1974), Taxi Driver (1976), The Deer Hunter (1978). At the age of ten, he made his stage debut in a production of The Wizard of Oz. Although he was accepted into the prestigious High School of Music and Art, the competitive atmosphere ultimately led him to drop out after a few days. From there, De Niro soon became involved in an Italian street gang. Despite having been a troublemaker as a teen, he later turned his life around in his early twenties after deciding to pursue acting.

His first role came in 1963, when he was cast in the comedy film, The Wedding Party. Since then, the actor’s filmography has grown to incorporate a number of high-profile films- all of which have earned him a fair chunk of change.

Who knew that one day the Italian street gang member would become a multi-millionaire actor?

How did Robert De Niro Make His Money and Wealth? 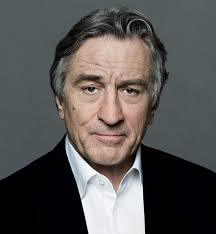 Born on August 17, 1943 in Manhattan, New York City, Robert De Niro is the son of two accomplished painters. As a child, he took a few acting lessons prior to making his stage debut in The Wizard of Oz at the age of ten. His talents apparent, he was later accepted into the High School of Music and Art- a prestigious institution in New York that specializes in the performing arts. Despite this, the competitive atmosphere soon cause him to drop out.

As a young teen, De Niro joined an Italian street gang, from which he received the nickname of “Bobby Milk”. It wasn’t until he was nearing his twenties, that he made the decision to pursue acting after a soul searching trip in California. To hone his skills, he studied at the Stella Adler Conservatory and at New York City’s Actor’s Studio. In 1963, he landed a small role in the comedy film, The Wedding Party– although it wasn’t released until six years later. For his work in the movie, De Niro was paid $50 (approximately $400 in 2017 dollars).

Over the next few years, the aspiring actor appeared in a handful of films including Greetings (1968), Sam’s Song (1969), Bloody Mama (1970), Hi! Mom (1970), and Jennifer on My Mind (1971). By the early 70’s, De Niro was landing “bigger” roles; for instance, he appeared as a terminally ill baseball player in Bang the Drum Slowly (1973), and as a street criminal in Mean Streets (1973). Although these movies didn’t earn him a fortune per se, they did give him the necessary experience for what would later become his breakthrough role.

In 1974, De Niro finally received the big break that he’d been waiting for in the award-winning crime film, The Godfather Part II. Playing the part of young Vito Corleone, he quickly made himself known as a talented actor in Hollywood. Upon its release that December, it grossed $244,000 during its opening weekend; it later took in a total of $57 million in North American- which is over four times that of its $13 million production budget. Praised for his portrayal, the New Yorker’s performance in the film earned him an Academy Award for “Best Supporting Actor” at the 47th annual ceremony.

Two years later, the actor was chosen to star in Elia Kazan’s The Last Tycoon (1976)– a role that required him to go from 170 lbs to 128 lbs. From there, he played the lead character in the psychological thriller, Taxi Driver (1976). Despite being a low budget film, it was met with critical acclaim upon its release; in total, it grossed over $28 million- making it one of the top 20 highest-grossing movies of its year. Met with high praise, Taxi Driver received four Academy Award nominations- one of which went to De Niro for “Best Actor in a Leading Role”. It has been said that the film yielded the star upwards of $35,000 in royalties.

After opening the 90’s with the movie Goodfellas (1990), he went on to star in the psychological thriller Cape Fear (1991), in which he played as a convicted rapist. Another commercial success, it grossed over $79 million in the United States alone; altogether including the international gross, it had earned a staggering $182 million. Hailed as a masterpiece by critics, it netted De Piro his sixth Academy Award nomination for Best Actor in a Motion Picture Drama.

In 1996, De Niro starred alongside Brad Pitt, Kevin Bacon and Jason Patric in the legal crime drama film, Sleepers. Based on a novel by Lorenzo Carcaterra, it took in $12.3 million during its opening weekend in the United States. By the time the movie closed, it had earned a worldwide gross of $165.6 million- $53 million of which came from the US. For his role in the film, the star was allegedly paid a salary of $6 million.

Over the next years, his salary as an actor only continued to increase. For instance, he was paid $14 million for playing the role of a mercenary in Ronin (1998), $8 million for Analyze This (1999), $13.5 million for the comedy Meet the Parents (2000), and $20 million for Meet the Fockers (2004). From this, we can say without a doubt that his successful career in Hollywood has earned him most of his current fortune.

However his talent doesn’t stop at acting- over the decades, he’s also done an impressive amount of work as a film producer. Since making his debut as an executive producer in We’re No Angelsin 1989, he has helped to produce countless titles including A Bronx Tale (1993), The Adventures of Rocky & Bullwinkle (2000), Stage Beauty (2004), Meet the Fockers (2004), What Just Happened (2008), and About a Boy (2014), to name a few.

Aside from his involvement in the show business, De Niro has also taken up multiple business ventures. For instance in 2003, he co-founded the TV and film production company Tribeca Productions with Jane Rosenthal. A year prior, he also founded the Tribeca Film Festival.

Additionally, he also owns two restaurants, the Tribeca Grill and Nobu, the first of which is located in Tribeca, Manhattan, as well as a hotel known as The Greenwich Hotel- also in Tribeca.

In the spring of 2014, De Niro also co-created a new brand of vodka known as the Vdka 6100- described as “a remarkably pure vodka”; it was later made available for purchase through the actor’s various restaurants and hotel.

More recently in the summer of 2016, it was announced that the Hollywood star will be building a luxury hotel in the Covent Garden area of London. To be called The Wellington Hotel, its construction began in early 2017 and is expected to continue until 2019. According to reports, the hotel will boast 83 rooms, complete with a restaurant and spa- in hopes of replicating the success of his New York Greenwich Hotel.

Robert De Niro has been married to actress Grace Hightower for 19 years. Having said that, the couple did split in 1999, although they later renewed their vows in 2004.

Prior to his current marriage, the Hollywood actor was married to actress and singer, Diahnne Abbott; the two were together for twelve years from 1976 until 1988.

Does Robert De Niro Have Any Children?

With his wife Hightower, the couple has a son named Elliot (b. 1998), and a daughter named Helen Grace (2011)- the latter of whom was born through a surrogate.

From his previous relationship with his ex-wife Abbott, he has a son named Raphael, an adopted daughter named Drena, and a pair of twins named Julian Henry and Aaron Kendrick (b. 1995), who were conceived via in vitro fertilization and delivered via a surrogate.

Where Did Robert De Niro Go to College?

Robert De Niro did not go to college. Instead, he studied at the Stella Adler Conservatory after deciding to pursue a career in acting. Although he attempted to graduate from high school via night classes, he ultimately dropped out. 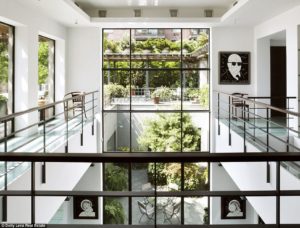 In 2015, De Niro put his 11,000 square foot Manhattan penthouse up for sale in the real estate market for a whopping $39 million. Hailed as one of New York City’s most magnificent homes, it includes five bedrooms, four bathrooms, a 3000 sq ft seven-car garage as well as a steam room and walk-in closets.

Complete with a home office, a library, a grand dining room and a library, it also offers a beautiful 360 degree view of the city’s iconic skyline and Hudson River.

What Kind of Car Does Robert De Niro Drive?

Robert De Niro as a Philantropist

Over the years, De Niro has devoted much of his time to various charitable causes- the most noteworthy being that of disaster relief and HIV/AIDS prevention. For instance, he’s been involved with FilmAid International, the Elton John AIDS Foundation, the Friars Foundation and the Hearts of Gold Foundation.

Hailed as one of the Top 100 Movie Stars of All Time by Empire Magazine, his work has also been recognized by various other publications such as the AFI and Premiere Magazine.

Given a Presidential Medal of Freedom in 2016, De Niro has also received a Lifetime Achievement Awards from the American Film Institute in 2003.

Altogether, his films have grossed well over $5 billion worldwide.