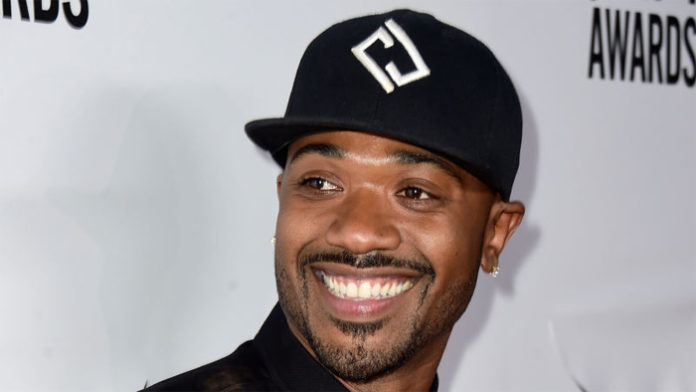 American R&B artist Ray J broke into the hip hop world with the release of his debut studio album, Everything You Want. Raised in the country’s entertainment capital of Los Angeles, California, he began his career as a young actor in a series of television commercials. At the age of twelve, he landed a big break after being cast as a series regular in The Sinbad Show (1993). Not long after his official acting debut, he signed with Elektra Records- hoping to successfully branch out into music. In 1997, he released his debut studio album entitled, Everything You Want. Since then, he has come out with a handful of other titles including This Ain’t a Game (2001), Raydiation (2005), All I Feel (2008), and Smoke Cloud TMG & OHB (2016).

From child actor to world-famous musician- Ray J’s career has been nothing short of successful. Would it surprise you to know that he’s a multi-millionaire?

Let’s take a look at how he’s earned his fortune over the years.

How did Ray J Make His Money and Wealth? 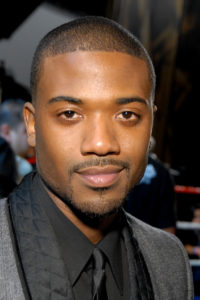 Born on January 17, 1981, in McComb, Mississippi, Ray J (Birth Name: William Ray Norwood Jr.) moved to Los Angeles, California at a young age; also noteworthy is the fact that he is the younger brother of multi-platinum recording artist, Brandy. Having always wanted to get involved in the show business, he started to audition for various television commercials at the tender age of eight. After appearing in several advertisements, he received a big break after being cast in the sitcom, The Sinbad Show (1993).

Despite it being his first official acting role on the small screen, Ray J’s performance as a child actor earned him much praise. Ultimately, he remained on the show until its end in 1994, after which he appeared in the television film, The Enemy Within (1994). The following year, he made his feature film debut in the romance drama, Once Upon a Time…When We Were Colored (1995). Although these roles wouldn’t have yielded him much at the time, the experiences alone would go on to shape his later career.

After a couple of years of acting, Ray J decided to branch out into music- the decision would ultimately prove to be the right one. Signing with Elektra Records in 1995, he promptly started to work on his debut album- he was only fourteen years old at the time. In the spring of 1997, the aspiring artist released his first full length album entitled, Everything You Want. Reception-wise, it sold approximately 30,000 copies within the first week- which was a disappointment. Despite this, it managed to reach number fifty six on the Billboard Top R&B and Hip Hop Albums Chart and has since sold over 100,000 copies within the United States. Although the album didn’t make Ray J a multi-millionaire overnight by any means, it did raise his net worth by about $100,000- which is fairly impressive for a teenager.

On March 17, 2001, Ray J collaborated with his older sister Brandy in the hit single, Another Day in Paradise. A huge hit, mostly thanks to the latter’s popularity, it peaked within the top ten in numerous music charts including those of Belgium, Germany, New Zealand, the UK, and Switzerland. Although it’s not disclosed how much the song had yielded the rapper, it would have been at least greater than the $100,000 that he earned from his debut endeavor.

Six months later on June 19, 2001, the R&B artist dropped his second full length album, This Ain’t a Game under Atlantic Records. Much more successful than his first, it entered the Billboard Top 200 at number twenty one and the Top R&B Albums Chart at number nine; within the first week, over 18,000 copies were sold. Another solid release, it served to cement his place as an up-and-coming artist in the early 2000’s. Supported by three singles, one of which ended up being a Top 40 hit (e.g. Wait a Minute), it has since sold more than 300,000 copies within the US to date. It is estimated that Ray J earned a little over $325,000 for his efforts.

In the fall of 2005, Ray J released his next studio album entitled, Raydiation. His most successful album to date, it debuted on the US Billboard Top 200 at number forty eight and sold over 21,500 copies in the first week. Later on, it also managed to reach number thirteen on the Top R&B and Hip Hop Albums Chart. As of 2016, the fifteen-track album has sold more than 400,000 copies- a figure that has translated to approximately $450,000 worth of profits for the artist.

On April 7, 2008, he released his last charting album (so far), All I Feel. More graphic and sexually explicit in nature, it made its way onto number seven on the Top Billboard 200 and onto the top of the Top R&B and Hip Hop Albums Chart- making it Ray J’s first number one album. According to Niel Soundscan, it had sold over 39,000 copies in the first week; since then, the figure has increased to approximately 350,000 copies. Ray J’s net worth is said to have gone up by about $300,000 with the release of the album.

Aside from his full length albums, Ray J has also achieved much success with a number of albums including Let It Go (1997), Another Day in Paradise (2001), Wait a Minute (2001), One Wish (2005), Sexy Can I (2007), all of which ranked in various music charts- the record sales from these titles would have helped to supplement his income.

Speaking of television, he even had the opportunity to star in his own reality show, For the Love of Ray J in 2009. A dating game show, it went on for two seasons before ending in the winter of 2010. Following that, Ray J co-starred in yet another reality series, Brandy & Ray J: A Family Business. Depicting their every day struggles with the family business, it ran for 22 episodes, which spanned two seasons.

Of course, we can’t forget about his appearance on the popular reality show , Celebrity Big Brother. A competitor of the nineteenth season, he is allegedly the highest paid star to take part in the seres. According to reports, he was paid a record breaking £810,000- which amounts to over $1 million USD.

For two years from 2014-2016, he was also a co-star on the reality series, Love & Hip Hop: Hollywood, alongside his now wife, Princess Love. Although the exact amount is unknown, each episode of the show most likely earns Ray J close to $25,000- at least that’s how much Soulja Boy had earned.

In February of 2007, a home-made sex tape that he’d made with his former girlfriend, Kim Kardashian was made public. Although Kardashian initially sued Vivid Entertainment for its ownership, the suit was dropped and settled for $5 million. Interestingly enough however, the sex tape alone brings in about $360,000 a year in royalties for Ray J.

More recently in 2016, the R&B artist has also opened up a store in Los Angeles- its flagship product? An electric bike known as the Scoot-E-Bike by Raytronics. They currently go for $1600 a piece.

It’s also not surprising to know that Ray J has earned a fair amount of change from endorsing various brands. For instance in 2012, he landed a $1 million skin care endorsement deal with PrinceReigns- a skin company known for its “Premier Ingrown Hair Serum”.

Ray J has been married to fashion designer, Princess Love since August of 2016; the two tied the knot at the Cathedral of Saint Vibiana in Los Angeles. According to sources, the couple had initially met in 2012 through Floyd Mayweather Jr.

Prior to that, the R&B artist has been in several relationships with Draya Michele, Somaya Reece, Leila Depina, Imogen Thomas, Ananda Lewis, Tila Tequila, Arica Kane and Moniece Slaughter.

Does Ray J Have Any Children?

No, Ray J does not have any children. Having said that, the artist has recently admitted that he’s getting ready to start a family.

Last year, there were also rumors about the artist having a secret child and a secret marriage- these statements have not been confirmed.

Where Did Ray J Go to College?

From what we can gather, Ray J did not go to college- which makes sense as his work schedule has been keeping him busy ever since he was a young star.

Where Does Ray J Live? Pictures of Ray J’s House

In January of 2011, Ray J bought a $2.7 million home in Hidden Hills, California- allegedly very close (e.g. eight doors down) to Kanye West and Kim Kardashian’s new mansion. His purchase allegedly sparked much curiosity- why did he want to live so close to the pair? According to Ray J, it’s actually his neighborhood that they’ve moved to as he’s lived there for much longer.

What Kind of Car does Ray J Drive?

According to reports, Ray J dropped a hefty amount of change on a new Bentley Continental Convertible and a Ferrari 458 in 2014, after signing a major contract with VH1 that involved many zeroes.

It has been estimated that the R&B artist takes over $1 million per year. More specifically in 2016, a good chunk came from his involvement in Celebrity Big Brother.

Sometime this year, Ray J will be releasing his new highly anticipated album, Raydemption. His sixth to-be album, it has been preceded by How Did I Know which was released this January.