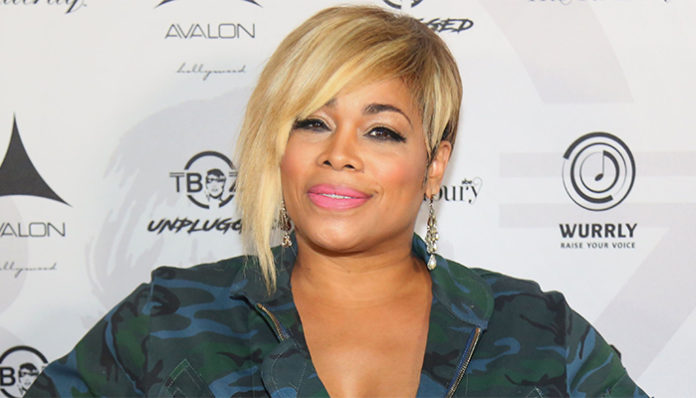 Tionne Watkins- otherwise known as T-Boz, rose to prominence in the early 90’s as the lead vocalist of the R&B girl group, TLC. Born in Iowa, she spent the majority of her childhood in and out of hospital due to her sickle cell anemia. Although music was always something that she had had a deep fondness for, it wasn’t until she was in her early twenties that she made herself known as a singer, after joining the all-female group.

Throughout the years, T-Boz has successfully risen to become one of the most well recognized singers in the country. Of course, the fame and popularity would have also earned her a hefty fortune- which it has.

To date, it’s estimated that her net worth is well in the hundreds of thousands. How did she accumulate her wealth? Let’s take a closer look.

How did Tionne Watkin Make Her Money and Wealth? 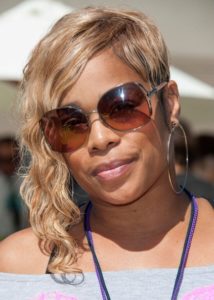 Born on April 26, 1970 in Des Moines, Iowa, T-Boz (Real Name: Tionne Tenese Watkins) spent the majority of her childhood in and out of hospital due to her sickle cell anemia. Having eventually recovered from the condition, she led an otherwise average life as a young adult. It wasn’t until she was in her early twenties that she first got involved in the music scene as a singer.

In 1990, a record producer came up with the idea to form a hip hop girl group. As it happened, Watkins was one of the few who answered his recruitment call; she was later chosen to be part of the trio alongside Lisa Lopes and Rozonda Thomas. Signing with Arista Records, they soon released their first album entitled, Ooooooohhh… On the TLC Tip in February of 1992. Her joining of TLC not only launched her music career, but it would also eventually earn her her first millions.

Their debut was a huge commercial success- shortly after being released, it entered the US Billboard Top 200 at number fourteen; it later also peaked at number three on the Top R&B and Hip Hop Albums Chart. Outside of the United States, Ooooooohhh… On the TLC Tip also charted in Canada and Australia. Despite being their first work together, it proved to be a massive hit- it has since gone Platinum four times in the US for selling over 4,000,000 copies domestically. Worldwide, it has sold more than 6,000,000 units. For her efforts in the album, T-Boz earned at least $4 million in 1992.

Two years after making their big debut, T-Boz and the girls came out with the next studio album, CrazySexyCool (1994). Crazy popular, it debuted on the Billboard Top 200 at number fifteen, and later peaked at number three- where it remained for a total of three years. A huge success, the album sold over 77,500 copies in the first week alone. Quickly an international sensation, it also charted in the UK, New Zealand, Germany, Finland, France, Australia, Scotland, and Canada, among several other countries.

With this album, TLC had successfully cemented their place in the music scene. Critically acclaimed, it earned the group a number of accolades including six Grammy Award nominations in 1996- it later ended up winning the categories of “Best R&B Performance by a Group” and “Best R&B Album”. CrazySexyCool has since sold over 14,000,000 across the globe- making it the best selling album by an American all girl group. Certified 11x Platinum by the RIAA, it is said to have earned T-Boz at least $10 million in the mid 90’s.

After a six-year long break, TLC came out with their third studio album, FanMail (1999). Their first release to debut at number one, it  spent five weeks at the top of the US Billboard Top 200; similarly, it also peaked at number one on the Top R&B and Hip Hop Albums Chart. A smash hit, the album practically flew off store shelves; within the first week, it had sold over 318,000 copies. Similar to its predecessor, it was also met with critical acclaim outside of the US in countries such as Japan, Australia, the UK, Norway, and Ireland. Met with glowing reviews, it ultimately garnered eight Grammy Award nominations. To date, the 6x Platinum album has sold over 10,000,000 copies worldwide.

In November of 2002, the all-girl group released their fourth and final album, 3D– just a few months after the passing of their fellow member, Lisa Lopes. Upon its release, the album entered the Billboard Top 200 at number six, and the Top R&B and Hip Hop Albums Chart at number four; given positive reviews all-around, it quickly sold 143,000 copies in the first week. Considered by many to be a tribute to their late member, 3D has since sold over two million copies.

During their time together, TLC also embarked on a series of concert tours- which resulted in hefty profits for the singers. Their first tour, the CrazySexyCool World Tour kicked off in 1994. The girls have since gone on a FanMail Tour, The Main Event Tour, and a TLC 2016 Tour- all of which saw them performing at various venues across North America. Assuming that they were paid tens of thousands per show, the amount would have easily added up.

In 2003, a compilation album entitled, Now and Forever: The Hits was also released. Highly awaited by fans, the album- which contained some of the group’s most popular hits, peaked at number fifty three on the US Billboard Top 200 and sold approximately 26,000 copies within the first week. Since then, the album has sold more than 800,000 units worldwide- which translated to a little under $1 million in terms of profits.

Aside from her music career with TLC, T-Boz’s on-and-off acting career has also contributed to her overall net worth. In 1992, she made her small screen debut in an episode of CBS Schoolbreak Special. A couple of years later, the singer appeared in a feature film for the first time in House Party 3 (1994). Since then, she has also appeared in Living Single (1997), One World Music Beat (1998), Belly (1999), Black Dynamite (2014), and more recently, in the popular soap opera, Days of Our Lives (2016).

In May of 2016, it was also announced that she had created her own television production company called, ALTA. According to the star, its focus will be to produce original programming for both TV and film. Their first project will be an urban teen musical entitled, What About Your Friends?. Currently, their stage consists of producers Kayo Watkins and Richard Thorpe, and talent executive Lila Brown.

No, Tionne Watkins is currently single. The most recent relationship that she was in was with Takeo Spikes from 2005 until 2010. Having said that, she was previously married to Dedrick Rolison aka Mack 10 from 2000 until 2004; she later revealed that he had been both abusive and cheating. She currently has a restraining order against him.

Does Tionne Watkins Have Any Children?

Yes, Tionne Watkins has two children. She has a teenage daughter named Chase Angela Rolison (b. 2001) with her ex-husband, Rapper Mack 10 and an adopted one-year-old son  named Chance whom she adopted at the start of 2017.

Where Did Tionne Watkins Go to College?

No, T-Boz did not go to college. As a teen, she worked as a hair model; she eventually started to work at a local salon in her early twenties- ultimately it was there that she was introduced to TLC.

Why is Tionne Watkins Called T-Boz?

Her moniker of “T-Boz” stems back from her TLC days. After signing to LaFace Records in the early 90’s, the group’s name- which was originally TLC-Skee (TLC being an initial for the girls’ names), was shortened to simply TLC. To ensure that it still worked out as an acronym for their names, each member adopted a stage name- Thomas became known as “Chilli”, Lopes as “Left-Eye”, and Watkins as “T-Boz”. 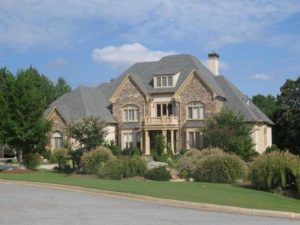 Before certain circumstances forced her to sell her home, T-Boz lived in a 9,654 square foot home in Malvern Hill Place, Duluth. Featuring six bedrooms and six and a half bathrooms, it also included a gourmet kitchen, a circular driveway and a full recreation area. Sitting on a 0.96 acre lot, it boasted ten-foot ceilings, a three-car garage and three separate fireplaces. In 2009, she put it up for sale in the real estate market for $1.25 million.

What Kind of Car Does Tionne Watkins Drive?

At one point, Watkins was known for driving a 2005 Honda Odyssey. According to reports however, she later had to give it back after being sued by Honda for failing to make the timely payments to her vehicle. There have been rumours saying that she has since repossessed the car, although further details are unknown.

How Much Did T-Boz Earn Last Year?

Ever since she was a child, T-Boz had been in-and-out of hospital. In 1996, she officially revealed the struggle that she’d been having with sickle cell anemia- a disease that is especially common in those of African-American descent. In 2002, she spent four months in hospital after the disease flared-up.

Many years later in October of 2009, she disclosed that she had in fact been battling against a potentially fatal brain tumour since 2006. According to the star herself, she was diagnosed with an acoustic neuroma, the size of a strawberry, on her vestibular nerve- this affected her hearing, balance, facial movement and sight. Unfortunately due to her pre-existing sickle cell anemia, many doctors had refused to remove the tumour; she eventually underwent surgery in Los Angeles’ Cedars Sinai Hospital.

Despite all of the medical issues that she’s had to face in the last years, T-Boz has managed to maintain a positive outcome. Having said that, it’s no question that the trips to the hospital and such have drained her bank account.