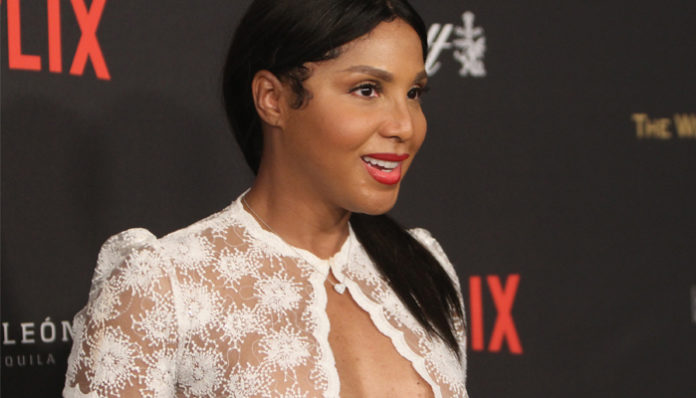 One of the best-selling artists of the 90’s, Toni Braxton has established herself an R&B superstar. Coming into the public’s eye in the early 1990’s, her eponymous album released in 1993 was met with critical acclaim in the United States. Since then, she has come out with several other albums, including Secrets (1996), The Heat (2000), Snowflakes (2001), More Than a Woman (2002), and Libra (2005), a number of which have gone on to receive RIAA certification. Not only has she managed to successfully carve an identity for herself in the industry, but she has also won numerous awards throughout her career including seven Grammy Awards. Over the years, Braxton has sold well over 67,000,000 records worldwide- rendering her one of the most successful female R&B artists of all time.

As of 2017, Toni Braxton’s net worth is estimated to be approximately $10 million. How did she earn her fortune? Let us take a deeper look at her income and wealth.

How Did Toni Braxton Make Her Money and Wealth? 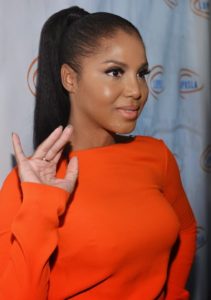 Born on October 7, 1967 in Severn, Maryland, Toni Michelle Braxton started her singing career as a member of the local church choir. Interestingly enough, her initial aspiration was to become a teacher- it wasn’t until she was overheard singing at a gas station by William E. Pettaway, Jr. that she made the decision to pursue a music career. In the late 1980’s, Braxton and her four sisters started to perform together as The Braxtons, an R&B girl group. Landing a recording deal with Arista Records, they released their debut single, Good Life in 1990. Although it wasn’t met with much success, it ultimately captured the attention of Kenneth Edmonds and L.A. Reid; the two ultimately invited Braxton to record a song.

From there, it wasn’t long until she was signed to their label, LaFace Records. With their help, Braxton soon came out with her eponymous debut album, Toni Braxton in the summer of 1993. A surprise hit, it entered the US Billboard 200 at number thirty six, and eventually peaked at number one, where it remained for two weeks. Additionally, the album also reached the top of the US Top R&B and Hip Hop Albums Chart. Braxton’s second best-selling album to date, it immediately propelled her to celebrity status. Not only did it garner her three Grammy Awards including one for the category of Best New Artist, but it also brought her international fame. Since then, over 10,000,000 copies of the album have been sold across the world. According to various sources, the endeavor had earned the singer approximately $11.2 million- which marked the start of her wealth.

Following her initial hit, she dropped her second album, Secrets three years later in 1996. An even greater commercial success than her debut work, it entered the Billboard Top 200 at number two, and the Top R&B Albums Chart at number; by the end of the first week, over 170,000 copies had been sold. Met with positive praises, it also charted at number one in several other countries such as Norway, Switzerland, Denmark, and the Netherlands. Nominated for another Grammy Award in 1997, the album was later certified 8x Platinum by the RIAA. According to Nielson SoundScan, Secrets has sold over 15,000,000 copies worldwide. Unsurprisingly, it’s said to have also netted Braxton a whopping $17.3 million in profits.

Four years later on April 25, 2000, Braxton released her third full length album, The Heat. Upon its release, it debuted on the US Billboard Top 200 at number two, selling close to 200,000 copies over the first week. On top of reaching the top of the Top R&B and Hip Hop Albums Chart in the United States, it also peaked within the top ten in the UK, Switzerland, Canada, Austria, Belgium, Norway, and Sweden. Given positive reviews by many contemporary critics, it garnered several accolades including another Grammy Award. Although it didn’t sell as many copies as her previous albums, it still managed to sell over 15,000,000 units- which is still a recognized feat. The Heat added approximately $2.5 million to Braxton’s net worth at the time.

Over the next few years, Braxton steadily came out with a series of albums including Snowflakes (2001), More Than a Woman (2002), and Libra (2005), all of which ended up going Gold in the US, after selling over 500,000 copies. Altogether, it is estimated that the three albums earned the artist well over $1 million- which although is lower than what she’s managed to achieve before, is still a hefty amount.

Outside of music, Braxton has also ventured toward acting. For instance, she has appeared in Kingdom Come (2001), Play’d: A Hip Hop Story (2002), The Oogieloves in the Big Balloon Adventure (2012), and Twist of Faith (2013). Having said that, on the small screen she is probably most known for her reality series, Braxton Family Values (2011), in which she is one of the main stars. Chronicling the life of herself and her three sisters, the show is constantly watched by over a million viewers ever week. Allegedly, Braxon earns $15,000 per episode- multiply that its current amount of episode (102) and that works out to be $1,530,000, and that’s just for having cameramen around the house while they’re going about their day!

After a prolonged break from the music scene, the singer came out with her seventh album, Pulse (2010). Upon hitting stores, it debuted on the Billboard Top 200 at number nine with over 54,000 copies in first-week sales; it has since sold over 156,000 copies within the United States. Finally in February of 2014, she released her next album, Love, Marriage & Divorce, which was a collaboration with Baby Face. Chart performance-wise, it peaked at number four on the US Billboard 200; it eventually went on to sell over 211,000 copies domestically. How does that translate in terms of financial profit? Reportedly, the two albums had earned Braxton approximately $285,000.

From 2001 to 2009, Braxton was married to fellow musician Kerin Lewis, whom she had met while on tour; the two tied the knot on April 21, 2001. After eight years of marriage, the pair announced that they had separated, although their divorce wasn’t finalized until July 2013.

Does Toni Braxton Have Any Children?

Shortly after their marriage, Braxton gave birth to their son, Denim Cole Braxton-Lewis in 2001. While working on her fourth album in 2002, she discovered that she was once again pregnant; unfortunately, the pregnancy was accompanied with complications which ultimately confined her to bed rest. Their second son named Diezel Ky Braxton-Lewis was welcomed into the family in March of 2003; shortly afterward, it was announced that Dizel was autistic.

Where Did Toni Braxton Go To College?

After graduating from Glen Burnie High School in 1984, she went to Bowie State University in Maryland to pursue a teaching degree. In the midst of her studies however, she was discovered by William E. Pettaway Jr., who later encouraged her to pursue a singing career. Deciding to go for it, she ultimately dropped out of college prior to obtaining a bachelor’s degree.

Since her son’s diagnosis of autism, Braxton has been very involved with the autism advocacy group, Autism Speaks. Acting as their international spokesperson, she has taken part in various of their charity activities over the years. In 2015, the multi-Grammy Award winner also put together a $10,000 scholarship jointly with the nonprofit organization. 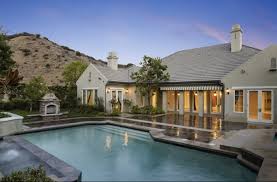 Three years ago, the star purchased a $3 million mansion in Calabasas’ exclusive gated community- reportedly just a few houses down from Justin Bieber. Boasting 5,323 square foot of space, the house includes five bathrooms and four bedrooms- yet it is one of the smallest properties in the neighborhood. Not only does it include a formal living room and dining room, but its set of glass doors also overlooks a swimming pool in the back yard.

What Kind of Car Does Toni Braxton Drive?

Just this year, Braxton was given a brand new vehicle from Birdman, whom she is currently dating. The car in question is a 2017 Bentley Bentayga SUV- rumor has it, it’s not even available for purchase yet at retailers! The four-door present was shown to fans in a Snapchat taken by her sister, Tamar Braxton.

Despite being a multi-millionaire, Braxton has faced a multitude of financial problems. For instance in the late 90’s, she filed for chapter seven bankruptcy, which consequently relinquished the rights to many of her possessions at the time.

In October of 2010, the singer once again filed for bankruptcy after losing a lawsuit against her insurance company. As of 2013 however, most of her debt has succesfully been discharged.

A seven-time Grammy Award winner, Braxton has also received seven American Music Awards, five Billboard Music Awards, and four Soul Train Music Awards, among others. One of the most recognized voices of the 90’s generation, she was officially inducted into the Georgia Music Hall of Fame in the fall of 2011.

Not only is she known for her distinctive contralto voice, but her fashion sense has also garnered the attention of many over the span of her career. For instance, she was given the title of being “Best Dressed of the Decade” at the 2011 Grammy Awards. Hailed as one of the Greatest Women in Music by VH1 Magazine, she is also well remembered for having donned a beautiful white satin gown by Richard Tyler, which has since gone down in history as one of the sexiest dresses ever to have been created.