How to Keep Your Info Private from Your ISP in 2018 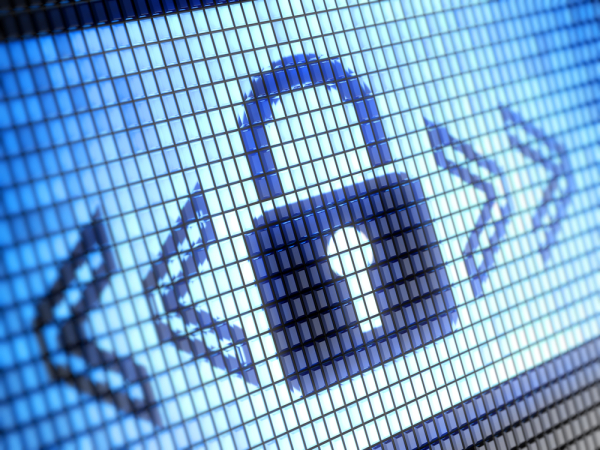 Given the recent congressional ruling that the FCC cannot limit Internet Service Providers (ISPs) more so than they can limit search engines in selling your data, many people have become uneasy. While many users can find a search engine that will not sell their data (or sells data the users see as non-essential), the same cannot be said for ISPs, especially considering most regions have only 1 or 2 choices of service. Here, we take a look at how to get around these rules and keep yourself private, without having to pull the cord.

For some internet users, there is one lingering question for why everyone seems to be, for lack of a better term, freaking out over the ability to sell your data: What’s the big deal? If you have nothing to hide you shouldn’t be worried, right? Well, not quite.

As mentioned earlier, it is true that search engines tend to make quite a bit of money off of using data from their users to keep afloat. However, these are primarily linked to an IP address, and usually just used with some keywords of past search history to find ads to you liking. This can still make some a little uneasy (and for those, there are search engine options available like DuckDuckGo as well as our below options which also work), but in the end the user has a choice. If one does not want Google to know everything, transfer some searches to Bing, or DuckDuckGo or Ecosia. In this way, you can sort of scatter the knowledge about your internet life, and keep some things more or less private.

This sort of scattering doesn’t work with ISPs. If you have a contract with Comcast, you may find it hard to daily switch routers and contracts with CenturyLink, Time Warner, or Verizon. In fact, many would find this task totally impossible, even if money wasn’t an issue. To make matters more critical, ISPs aren’t only given access to IPs, but also physical addresses, names, billing cards, and currently unfettered access to what you look at. Your newest prescription? If you searched it, they have that data. The information you entered into a job or college application? Definitely there. The last pair of underwear you ordered on Amazon and had shipped next day because a pair torn? Yes, even that data is there. And now, it can very well be for sale. Now that we have your attention, let’s take a look at how to take control of your own data, and remain private.

What are the Main Ways We Can Keep Our Info Private?

For many, the first natural concern is how they as private citizens circumvent these sort of allowances of their private information being up for bid. Well, luckily the internet allows for plenty of protections for this, though they may make you seem a bit paranoid. Depending on how paranoid you are willing to appear, and how much of a slowdown you can take on your connection, there are several options available. Our focus for this article will be the use of Virtual Private Networks (VPNs) which are usually pretty effective in hiding traffic from ISPs by essentially locking out prying eyes from further traffic after going through the VPN, and for most users are much easier to handle than other options. However, we will touch on using Tails OS (a privacy oriented Linux distro) as well as TOR, for anyone that may feel that the time for stocking up on tin foil for hats and canned soup for the virtual fallout shelter is upon us.

While not always needed (say, for browsing Netflix or checking a dinner recipe) a VPN may soon be your best friend in terms of keeping what needs to be private, private. To this end, we’ve curated the best 5 VPN options for keeping your connection private and will quickly summarize some of the best features of each. While you of course have plenty of options, the following features should be listed among those VPNs you should look into: AES-265 protocols (Advanced Encryption Standard), Tier-1 Networks, regular updates to their services, an app if you are running on a supported platform for such actions (including mobile devices) and most importantly, a No-Logs Policy.

As a warning, almost all good VPN’s come at a price. Namely, an annual membership fee. 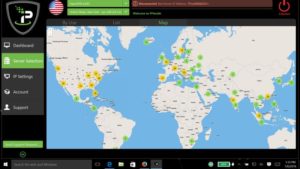 Alongside what was already mentioned above, IPVanish features unlimited bandwidth and servers in 60 countries, allowing for border-hopping for maximum protection. Each account also allows for up to 5 devices on a connection at a single time, which is great for a household and has an intuitive app for most devices. 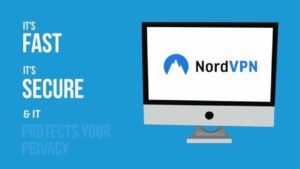 NordVPN is based on a very simple premise: Censorship on the internet is wrong, unless it’s keeping eyes off your own traffic history. All data is protected through a 2048-bit SSL encryption that makes it not worth anyone’s time to see why you were say, consulting WebMD and asking about a rash. Claiming to be one of the fastest and easiest to use VPN’s around, NordVPN is definitely worth a look; especially with its Kill Switch feature which can close programs and sites the second it detects that there’s any hiccup in security. 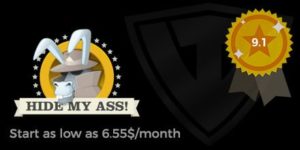 Owned by AVG, this VPN has a decent amount of know-how behind it regarding security, and usually is not too expensive on a per month basis. This is further helped with the 30 day money back guarantee. HMA, as it is also known, also comes with a few free extra features which include Browser Extensions, Web Proxies and Anonymous Email services. 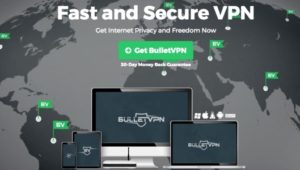 Originally set as a streaming oriented VPN so that users could get otherwise geo-blocked content, BulletVPN is all about speed and ease of use, claiming to have an instant set up and the all important no log policy. With server locations bouncing across every regularly inhabited continent, it’s essentially assured you can have a free internet no matter what your home country wants to dictate or monitor.

Rounding out our list of top VPN picks is ExpressVPN, which has over 94 countries to choose from as server locations. While not the most tightly secured with the standard AES-256 protocols, this does focus on being exceptionally fast and having a good support network for new users. The program itself is easy to install and comes with a 30 day guarantee. To promote use, this service also has a refer a friend program with each new sign up getting you one month of free service.

Tor and Tails: For the Paranoid, the Prepared, and the Interested

Once a service relegated to the “deep web” or “dark net” depending on who you ask, Tor has become more and more commonplace among people who worry less about obtaining illicit goods and more about keeping their activities private for the sake of it. Using an IP scrambling of sorts, where a search request for data is sent through a web of users before being connected, TOR helps provide anonymity through the groups of people who use it, allowing for at best a “guess list” of people who could have been searching for something without any concrete proof. When paired with the anonymity focused Tails OS (often touted as a spy OS) the services can provide privacy not just from your ISP but with careful considerations from nearly every eye wishing to pry. Given the new FCC ruling and the previous Vault 7 leaks, what would be considered software geared towards conspiracy nuts has become something of actual consideration. While we will not disclose how to download or use either software within this article, users are encouraged to take a look at both Linux and Tor websites to consider whether the effort is worth the reward in terms of privacy.